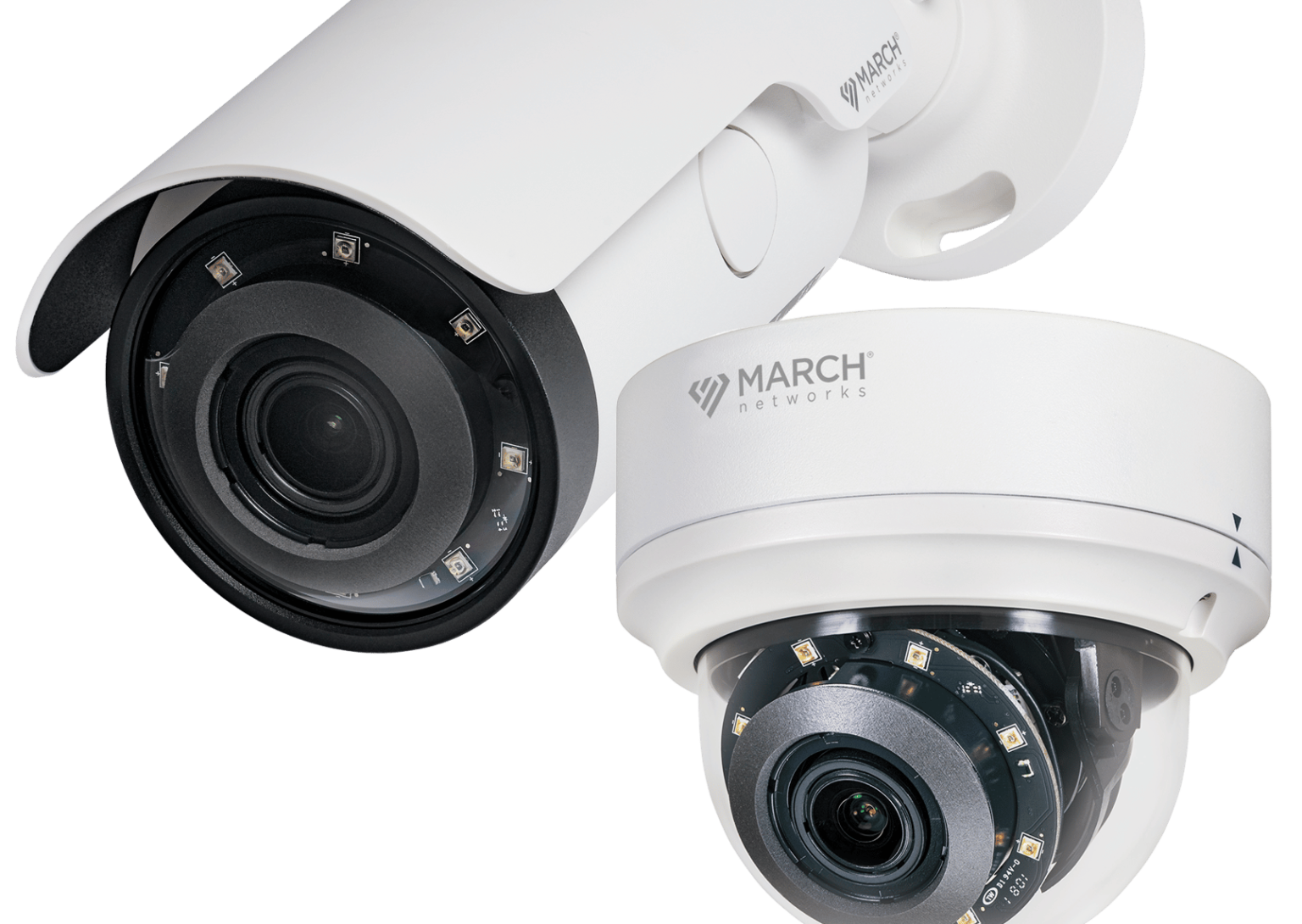 March Networks, a global video surveillance and video-based business intelligence company, has announced the addition of the ME8 Series IP Cameras to its line of products powered by Artificial Intelligence (AI).

“The addition of the ME8 Series cameras aligns with our plan to offer customers a fully AI-enabled product line,” said Net Payne, Chief Sales & Marketing Officer, March Networks. He noted the company currently also offers 6MP AI-enabled cameras and its powerful X-Series Hybrid Recorders, which are purpose-built for tomorrow’s AI applications with NVIDIA SoC technology. The ME8 Series add to the company’s complete end-to-end solution, which also includes its growing cloud services portfolio.

“Migrating customers to the cloud and AI-enabling our product line is our core focus,” said Payne. “The AI-models in these cameras allow for a level of accuracy in detecting people and vehicles that can help to resolve security incidents that much quicker. Because of this accuracy, false alarms are greatly reduced.”

The ME8 Series’ AI-powered video analytics enable organisations to enhance security in both public and private spaces by detecting atypical activity more rapidly and consistently. Using this built-in video intelligence, customers can quickly respond to incidents such as building or zone intrusions, the abandonment of suspicious objects and loitering and perimeter breaches by people and vehicles.

When combined with March Networks’ Searchlight data analytics software, the cameras can also intelligently capture information on non-security related events such as curbside deliveries. Using the cameras’ stopped vehicle analytic, for example, restaurants can track the number of mobile deliveries at different times throughout the day to analyse trends and improve speed of service. Big box retailers and grocers, meanwhile, can oversee all of their curbside deliveries, investigate any disputes and uncover trends to improve service.

Organisations can choose from two distinct ME8 Series models, both fully compliant with the US National Defence Authorisation Act (NDAA). Models include:

Both ME8 Series models have built-in IR LEDs that can illuminate objects in the dark at over 131 feet away. Both are also protected by weather-proof (IP66), vandal-resistant (IK10) enclosures to ensure optimum performance in all climates.

To learn more or see the ME8 Series cameras in action, visit March Networks at booth #2013 at the NRF Protect show in Cleveland, Ohio, June 21-23.