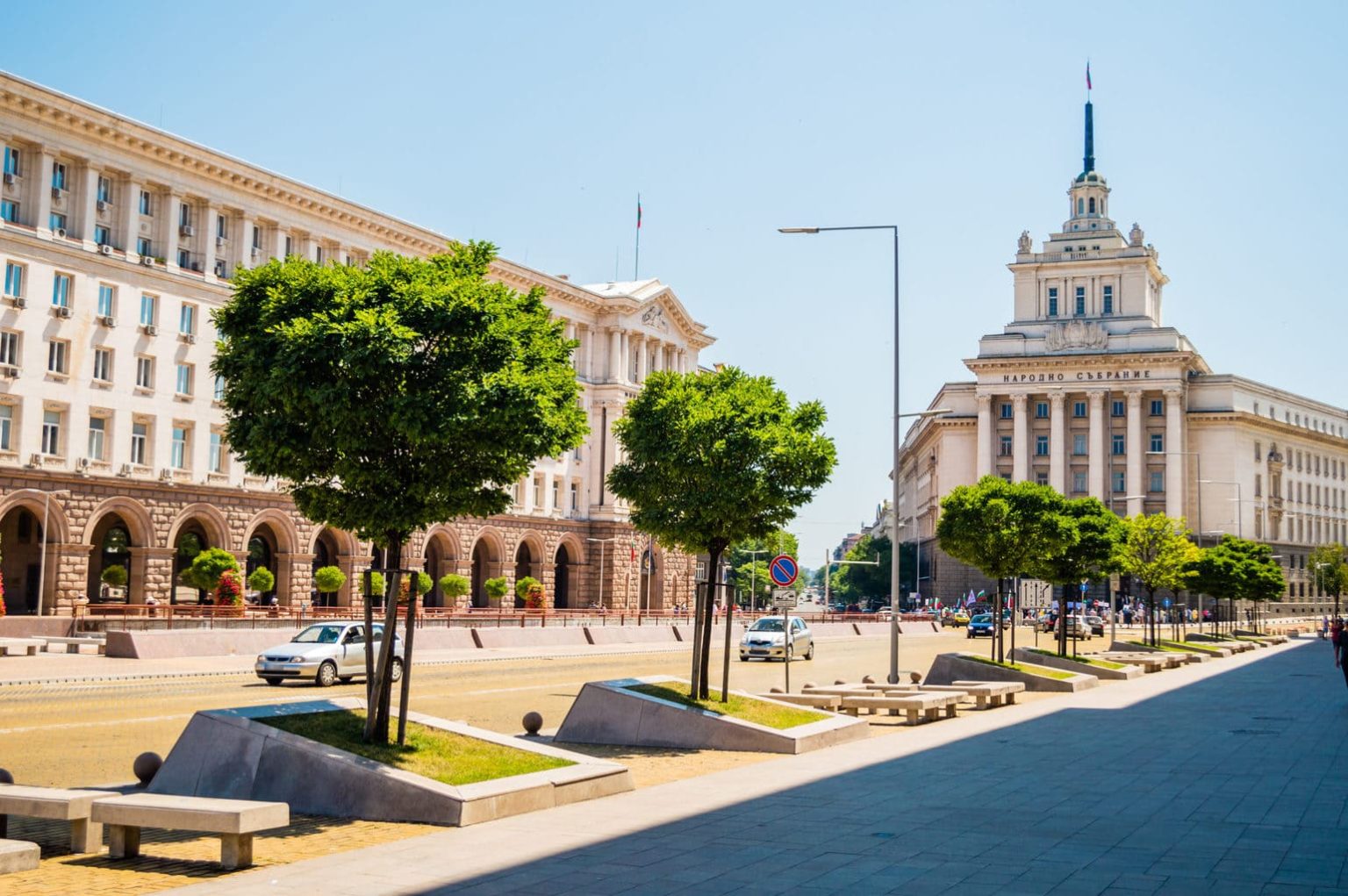 In 2017, the Bulgarian Ministry of Interior and Sofia Municipality partnered with Milestone Systems to create an integrated automated security system (IASS) to improve public safety during the 2018 Bulgarian Presidency of the Council of the European Union. The success of the project called Sofia Safe City led to its nationwide implementation and has been presented for consideration to other future host cities of the Council of the EU presidency.

The Ministry of Interior (MoI) is the biggest and one of the most complex public sector institutions in Bulgaria, responsible for preserving the safety and security of its borders and citizens. With Bulgaria being аn external border of the European Union (EU), the Ministry has been facing the challenge of keeping Europe and its citizens safe too.

Prior to hosting the Presidency of the Council of the European Union in 2018, the Bulgarian MoI recognised the need to upgrade public security. It was anticipated that the presence of high-level officials could spark protest activity, civil disturbances and potential terrorist attacks.

Therefore, the focus was ensuring public safety via detection and prevention of potential security threats. A key area to secure was the National Palace of Culture (NDK), where events could attract up to 40,000+ delegates during the Bulgarian Presidency of the Council of the EU.

Upgrading public security required limiting the number of system operators and increasing the efficiency of video feeds through analytical capabilities. A major challenge was consolidating various sources of city-wide information into a single system. Most systems were separate, inadequate and lacking important functionalities as they were legacy products from different vendors which operated independently of one another. Users could see video from specific workstations only and each system had to be monitored separately.

MoI and Sofia Municipality collaborated with a national partner to develop and implement an Integrated Automated Security System (IASS) linking video surveillance and information exchange systems. This resulted in the digital transformation project Sofia Safe City; a single tool for smart policing, enabling more information-driven decisions to be taken at any given time and providing better instruments for subsequent investigation.

“Milestone provided a unified platform for proactive real-time monitoring and quick detection of incidents among all surveillance centres in Sofia Municipality and the Ministry of Interior. This enhanced local law enforcement’s ability to handle events effectively,” commented Mladen Petrov.

Another advantage is the extreme flexibility of the solution in regard to additional future integrations with various systems. IASS is intended to become the first AI tool for police investigation, safety preservation and crime prevention on a national level. The unified system has proven to be successful and is considered to be replicated in other major cities in Bulgaria, as well as now being presented for consideration to other future host cities of the Bulgarian presidency of the Council of the European Union.

The system was designed using the latest solutions in cybersecurity. Bosch devices are used for video surveillance purposes mostly by municipalities across the country. Agent Vi’s video analytics have been used both at NDK and city-wide. Real-time detection allows security staff to stay on top of security breaches, enabling them to immediately verify the nature of the incident and to stop any suspicious behaviour before it escalates into a more serious situation. Video search helps provide situational awareness and control situations in near-real time, as events unfold. The video surveillance tools that have been introduced into the consolidated system work around-the-clock and can be used in emergency situations such as an “attack” scenario.

Agent Vi’s savVi delivers highly accurate real-time event detections of unauthorised activity and/or security breaches. Users define potential events of interest in advance; the Control Room receives alerts when such events occur, enabling immediate responses to incidents, as they emerge. If an incident is reported, savVi’s Video Search tool can be applied to rapidly review the recorded video in near real-time for enhanced situational awareness and rapid incident response.

Milestone software and LPR provide the framework for road officials to ensure quick detection of an incident’s location, to proactively respond to events and reduce response times and to provide law enforcement agencies with the ability to handle emergencies in a more effective way. Milestone LPR reads license plate numbers and generates alerts based on defined situations. With Video Push, security officers can transmit live video from problem areas to a central security office and react immediately in emergency/attack situation. Interactive maps and Camera Navigator can be used to easily move across a wide geographical location with thousands of cameras.

Milestone’s open architecture allows an ongoing incorporation of products and tools to upgrade MoI’s unified security system. Thus, BriefCam, which was recently acquired through a major public tender, is now used for border and inland security. The software is about to be implemented as an investigative tool for police operatives.

Since installing the solution there have been countless benefits for the Ministry as a client and as a safety preservation organisation. Firstly, and most importantly – ensuring information security. The IASS platform provides secured architecture, secured communication and data preservation. Remote access and centralised management contribute to the overall security of the system. Moreover, the integration of the system with the Ministry’s Active Directory architecture provides security to the end user in terms of personalised access and user actions.

Furthermore, personalised settings of user rights, user views and real-time alerts provides a better overview of the system in terms of monitoring specific locations, tracking and searching capabilities, as well as evidence viewing and exporting. At the same time, the platform is interconnected with other security systems, such as the access control system of the Bulgarian Presidency. And last, but not least, the video push capability and remote camera viewing was recently put in place not only for mobile devices, but for TETRA terminals as well, thus providing operatives with yet another powerful tool in fulfilling their everyday obligations.

“Following the successful implementation of the IASS through the Milestone platform, the CIS-MoI Directorate together with Sofia Municipality and 13 other partners from eight countries applied for the “Smart City Automated Unified Security Platform for SitUational AwaReness and PredictivE Analytics – CiTYCURE”, part of Horizon 2020 program. Should the project be approved, our fruitful collaboration with Milestone will continue with the upgrading of the systems,” concluded Mladen Petrov.

This article was published in the January 2020 edition of International Security Journal. To receive your FREE digital copy, please click here