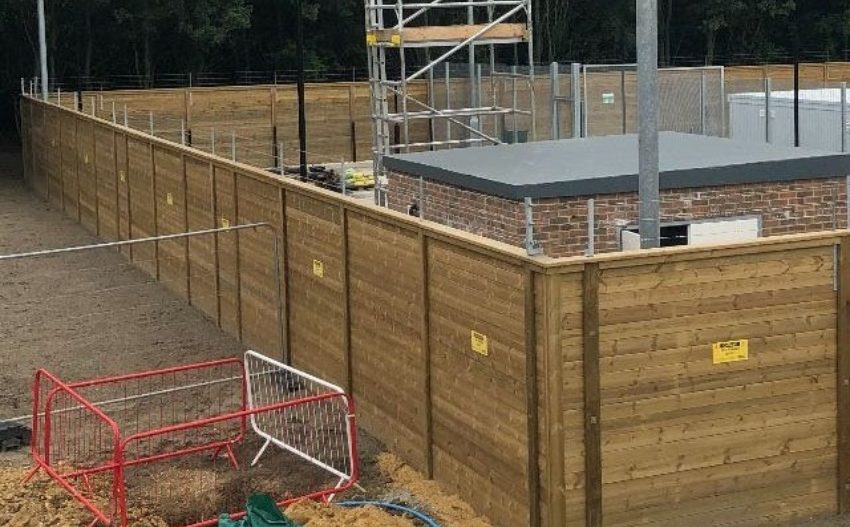 Detection dogs are often present in and around public venues, including stadiums, seaports and airports. They’re predominantly used to help create a safer environment for all. In recent years, airports have experienced an exponential increase in security concerns, from terrorist activities, to drug trafficking and smuggling of illegal substances such as explosives. As such, detection dogs are being called upon more to regularly help combat these issues and improve security.

According to the UK Government Border Force, the high amount of smuggling and an increase in immigration concerns means detector dogs are now more crucial to border security than ever before. The Government has over 70 used in various venues across the country and it is estimated that within the past 40 years they have found over £500 million of counterfeit cash, Class A drugs, firearms, tobacco and illegal trade of wildlife items.

The challenge: On-site security and safety for animals

Detector dogs are usually housed in on-site kennels between patrols. Here, they are cared for daily, groomed, fed and exercised following a high-intensity training regime. The safety of these highly trained and valuable animals is vital to protect them, not only from theft and intruders, but also from being exposed to excess noise from the surrounding area.

The solution; Acoustic fencing and gates

Jacksons Fencing was recently specified for a project at a major UK airport, with the task to better protect the dog training facility. On site, over 270 metres of fencing and gates were installed. This included 148 metres of Government Approved Trident Jakoustic acoustic barriers, selected thanks to their noise reducing properties and strong security rating to help keep the dogs safe and secure.

While dogs often make considerable noise, they are also very sensitive to loud environments. Installing reflective acoustic barriers will protect the dogs from external noise, while also reducing noise on the outside from barking and training programmes, as the barriers reduce noise from both sides. The timber fence boards used interlock with a deep V tongue and groove design which minimises gaps that sound could travel through, reducing noise by up to 28dB.

The acoustic barriers are manufactured from kiln-dried, pressure treated timber, which protects them from any rotting or insect attacks and come with a 25-year guarantee. Their natural appearance creates an aesthetically pleasing, welcoming environment for the staff and the animals which is concealed by the solid design of the barrier.

The Trident acoustic barriers provide robust perimeter protection as they are manufactured with a flat attack face to ensure they’re resistant to potential intruders who can climb the fence. A steel mesh layer is also incorporated on one side to heighten the level of security further. To prevent and reduce the risk of intruders attempting to climb, three rows of barbed tape topping were added to the acoustic barriers to increase their height. Importantly, this security fence is CPNI tested and approved.

A manual single leaf gate and an automated double leaf gate were also installed on this project to maximise the effectiveness of the acoustic barrier’s noise reduction potential. These are 2.5 metres wide and high, hung on hot dipped galvanised steel posts. Using high-quality materials like these will prevent the fencing from any rust, corrosion, rotting and insect attacks, requiring less maintenance or repairs and increasing their longevity and sustainability.

125 metres of Securi-Mesh welded mesh fencing were also installed, alongside six matching gates. This form of fencing is heavy duty, tamper-proof and designed to resist climbing as its small apertures and welds can eliminate any foot or finger holds.

Installing these robust security measures has helped to reassure the relevant teams at this major UK airport that the welfare of the detector dogs has been carefully assessed. The heightened security that the fencing provides has also reduced the risk of theft or intruders.

Peter Jackson, Jacksons Fencing Managing Director, comments: “It was a real honour to be involved in this hugely important project which aimed to secure and protect the detector dogs from any external noise and intruders, allowing them to focus fully on the important task in hand, protecting our public spaces.”

He continues: “We hope that with the security solutions we’ve implemented, the dogs and the airport security can continue their crucial services without any disruption. Working closely with the major UK airport means the detector dogs containment site is fit for purpose now and well into the future.”