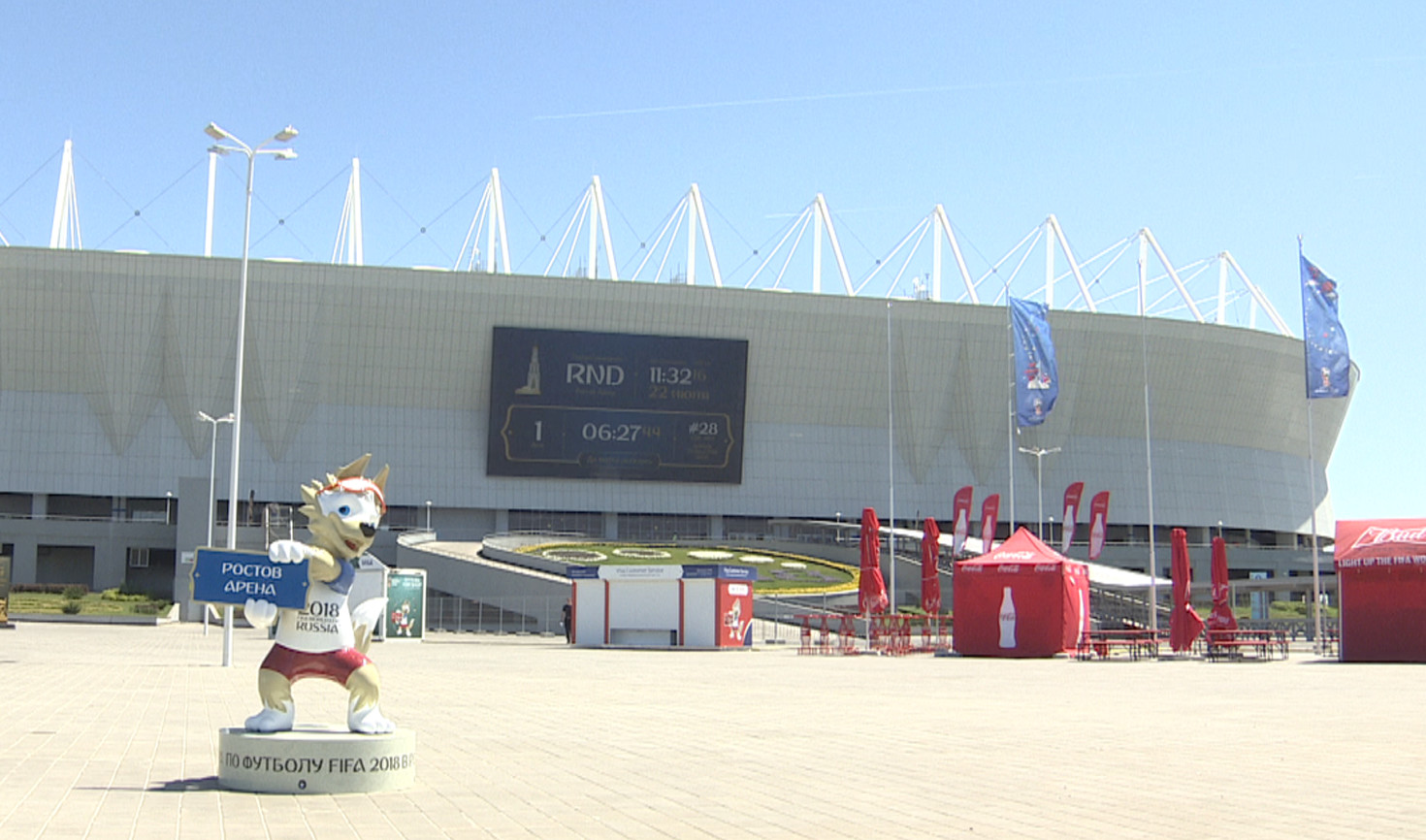 The chance to host a major international sporting event shines the global media spotlight on a venue – and adds a bit of pressure – like nothing else.

Not surprisingly, the imperative to upgrade facilities ahead of such world-stage moments is a key factor for venues investing in the latest video technology.

While such preparations are not the only driver for video surveillance in sport, we’ve seen a number of good examples over the last 18 months. These are interesting cases because of the scale of the challenges faced and the technical capabilities of the systems implemented.

Solutions put in place for major competitions are at the forefront of what the security industry now offers, in terms of capability and practical value. And the lessons learned from these projects are often taken on to other venues and stadiums which, although they may be out of the global spotlight, are still very much under public scrutiny.

The reality is that stadiums are never more than one incident away from the kind of bad news headlines that they don’t want. The risks that need countering and that video can help with, range from crowd safety failures and terrorism, to the lack of adequate, timely access to medical assistance. And of course there’s the need to tackle age-old problems such as hooliganism, petty crime and the blight of racism. These all need to be continually guarded against and – as experience in the UK has shown – can be largely eradicated, but only if taken seriously.

Whilst the value of CCTV has been well demonstrated over the years, today IP video surveillance is going much further. It is helping not just to prevent problems but to contribute to the smooth running of events and the streamlining of operational control at venues.

In short, video tech is helping to ensure that news headlines are gained for all the right reasons.

Football in the spotlight

Few global events (let’s be honest, only one!) attract as much global media focus as the FIFA World Cup. We saw this once again when it was Russia’s turn to host in 2018. For the organisers, media attention only added to the many operational challenges of hosting teams and visitors from around the world and doing their best to ensure that everything ran smoothly.

Surveillance capability was upgraded at all the key venues, including the 45,000 capacity Rostov Arena and the 35,000 capacity Kaliningrad Stadium.

For both these locations, IDIS technology was chosen to provide comprehensive coverage of both the stadiums and the surrounding areas, with an IDIS Total Solution installed by AVIX, our sole partner in Russia.

Usability is key in these applications because of the intense pressure that operators can come under during and after matches. With features on the PTZ models including silky, smooth Smart UX Controls, which are designed to provide intuitive ‘slingshot’ and ‘rubber band’ control, it’s easier for operators to cope with fast moving events.

And with all the World Cup venues required to store video data for 60 days, data handling efficiency was important. In this case, IDIS Intelligent Codec, when combined with H.265 and Motion Adaptive Transmission (MAT) can deliver up to 90% savings on storage in scenes with little to no movement and in most cases the stadiums benefitted from a saving of approximately 65% compared to older H.264 systems.

A centralised surveillance monitoring centre was designed with an ultra-thin bezel 55” video wall upgrading the command and control capability at both stadiums and allowing security staff to access archived footage from 50 remote NVRs.

And advanced failover technology prevented the loss of vital recorded data during a range of fault conditions. The system automatically steps in to ensure continued recording in the event of network instability, network failure, storage failure, recorder hardware failure and power supply failure, in each case ensuring that no data is lost.

Looking ahead, and to a different sort of venue, final preparations are now being made for the 2020 Formula 1 Grand Prix in the Netherlands at the start of May. As well as wider improvements to the track, a top priority at the circuit was an overhaul of the video monitoring capability to meet the requirements of Formula 1.

For Track Manager, Niek Oude Luttikhuis a key objective was to find a solution that would be easier to use than his existing system. He also wanted rapid installation, as the track is in continuous use and was concerned that the technology should be easier to maintain and adapt than that which it replaced. To achieve this, he brought together a team including IDIS and Van Rossum Facilities.

The solution they have developed will not only improve the security and safety surveillance of the track, it will also let the Formula 1 organisers temporarily receive functional authorised access of video data for the duration of the competition.

At the heart of Circuit Zandvoort’s new system is IDIS’ 64 channel NVR technology, pre-loaded with IDIS Solution Suite video management software (VMS). This allows new modules to be added, such as IDIS Deep Learning Analytics (IDLA), enabling functions such as object detection, loitering detection and alerts for incidents such as falls.

The VMS also allows all the track’s existing cameras to be integrated and operated alongside the latest IDIS 5MP speed dome PTZs and 12MP bullet cameras. So the completed solution delivers impressive new functionality, including ultra-high-definition monitoring capability using the same Smart UX Controls that proved so helpful in the Russian stadiums.

The Circuit Zandvoort system now provides real-time image capture with no lag, ghost-shadowing or stuttering of images. Even when cars travelling at high speed are displayed, the images on the racing control room video wall are now crisp and clear. And in the months and years ahead the VMS will make it easier to sustain this level of performance by allowing cost-efficient, remote firmware updates and system maintenance.

With the new system operational, in the control room the rotating team of ten people can now work more efficiently and under less pressure.

Authorisation levels can be set, giving each individual specific user rights and during the Grand Prix itself, the Formula 1 organisers will also be given access to the system. If necessary, this will also include the ability to view and retrieve footage on mobile devices via the IDIS Mobile app.

Learning the lessons from these high profile installations, the capabilities demonstrated are proving to be of interest to many stadiums and sporting venues, not just those currently in the spotlight. For example, video upgrades have been completed using the same tech at 30 sports facilities in Kuwait, with another 40 to follow in 2020 – all away from the headlines, perhaps, but all taking the same uncompromising approach to performance, cybersecurity, failover and low total cost of ownership.

A typical stadium deployment – how it works

a) The control room: from finding missing children, reuniting lost fans, to detecting and identifying suspected troublemakers, the capability of a centralised monitoring system and the VMS is key. Tools such as mobile device event notification and analytics-enabled searching are increasingly important – and everything relies on the system’s ability to capture HD video footage without overwhelming network bandwidth and storage capacity.

b) Monitoring entrances and exits, including public turnstiles and staff entry points. High definition image capture at these pinch points can be crucial in helping to verify the presence of suspected or known troublemakers, as well as providing valuable evidence post event.

g) Perimeter security: video can be used to protect car parks, staff and player entrances and site infrastructure. Systems allow automated tracking of suspicious people, vehicles or objects. Integration with security team smartphones can also assist with guard tours as well as the ability to capture and record incidents directly to the VMS.

It’s common for problems to occur when fans are arriving at or leaving the stadium and the right video solutions really help by allowing more efficient collaboration – and shared video streams – with emergency services and local authorities. Vehicle management solutions can also play a role reducing traffic problems in areas close to the venue, with high resolution capture of vehicles and license plates integrated with automated access and parking management all easing the potential for disruption.