ISJ Exclusive: Is virtual reality the future of security training? 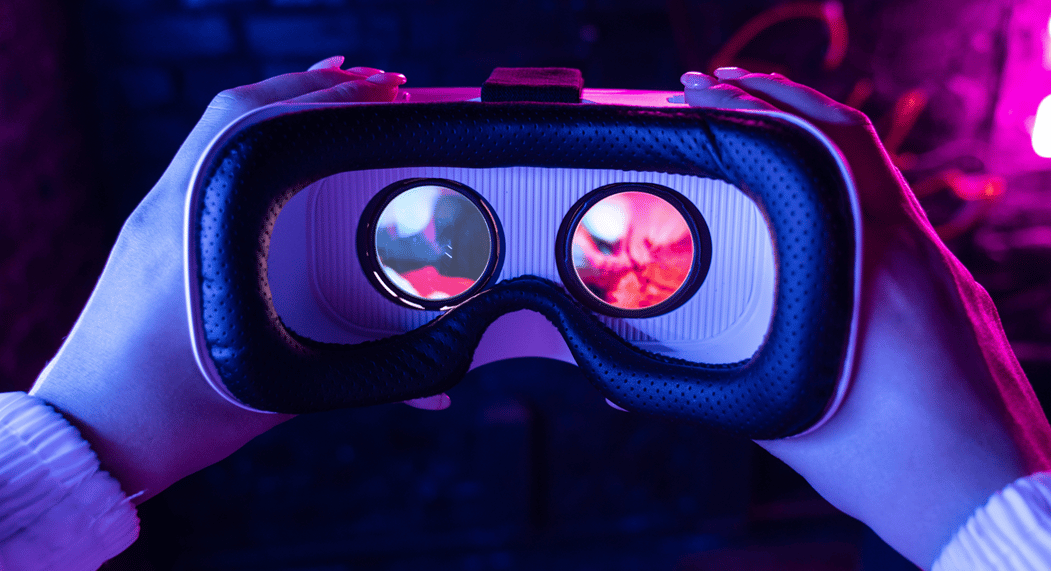 There aren’t many sectors of the economy which are yet to be touched by digitisation and the need to upskill workforces.

From construction sites and mine shafts to hotel receptions and high street banks, organisations of all shapes and sizes are working out how to manage a symbiotic relationship between digital technologies and their human colleagues. This has resulted in a huge demand for training and development, the delivery of which is also being transformed by the cutting-edge tools available.

Take the security sector as an example. Not only is remote monitoring, CCTV, biometrics and a host of other technologies helping the industry to shrug off a rather conservative reputation, but we are also getting smarter in how we deliver critical skills training to security officers.

Taking training into the modern age

Security training has traditionally been unengaging, time-consuming and, in truth, not a particularly effective endeavour. Many will point to the shift from paper-based and classroom learning to online platforms as a sign of modernisation (which it is), but the general mood around the sector is that even this can fail to bring the subject to life and properly engage colleagues.

This is a problem for many reasons. The sector is acutely aware of the skills shortage issues facing it; a summer 2021 survey from the Night Time Industries Association found that security resource capacity met only around 70% of requirement – this situation having worsened even further since.

The situation in hospitality is typical of what is being faced across the board. Put simply, we must make the security sector a more modern and appealing proposition to not only attract more people and address labour shortages, but also to retain the experience we currently have. It is telling that, according to Glassdoor, two of the top ten reasons employees resign revolve around a lack of clear pathways to success and outdated machinery and equipment.

At Corps Security, we have committed to rolling out virtual reality (VR) training modules across our entire workforce and are eager to pass on our learnings to others in the sector. Having seen how effective this has been across other verticals, in early 2021, the decision was taken to pilot a scheme with virtual reality training tool Moonhub across three client sites; this involved Moonhub undertaking 360-degree filming of our facilities while we developed site-specific training instructions.

Whether it is for onboarding new recruits or refreshing the skills of existing colleagues, VR training can provide demonstrable benefits – many of which we are already enjoying.

The premise and objective was simple – we wanted to build a training course which excited our officers and gave them a genuine feel for some of the scenarios they might be presented with.

And, there are many scenarios that can be covered simply by putting on a VR headset. Patrolling, managing protests, dealing with suspect packages or aggressive people and being aware of potential hostile reconnaissance are just some considerations you may wish to consider. On top of this, as your familiarity with the solution grows, modules for hazards, accidents, incidents, evacuations and emergency situations can be added on, and even adapted to mirror a client’s HSE policies and practices.

Whether it is for onboarding new recruits or refreshing the skills of existing colleagues, VR training can provide demonstrable benefits – many of which we are already enjoying.

One of the most striking is how this kind of training simulates the officer’s exact experience of an incident on the site at which they work. This gives the learner the reality of being in post, in position, on their familiar site and reacting to very real threats such as terrorist firearms attacks, corrosive substance incidents and bladed weapon attacks, among others. Crucially, given the virtual nature of the training, the risks related to scenario training for emergency situations is also reduced.

Speed is another virtue. According to research by PwC, the virtual reality approach has proven to be four times faster in comparison to traditional training methods such as e-learning, reading or shadowing a colleague, with knowledge retention rates as high as 75% compared to just 10%. Colleagues are energised and engaged as a result, which is critical to solving the recruitment and retention challenges set out earlier.

Meanwhile, as opposed to more traditional training methods, the ability to track progress in a smart and real time manner is ingrained in virtual reality platforms. Moonhub, for example, is connected via an intuitive dashboard which provides detailed information and insight about colleagues’ performance, measuring key metrics such as speed, awareness, reaction times and the decisions made.

The data generated is a valuable resource not only for the learners in identifying areas of strength and where improvements need to be made, but also for management teams and human resources department heads who can spot where additional support needs to be directed. Indeed, organisation-wide patterns may start to emerge that otherwise could have gone undetected, while VR training can also be used across other service streams including reception, hospitality and cleaning to ensure a joined-up, one-team approach.

All of this, you could be forgiven for thinking, comes at a hefty cost – these are highly advanced technological platforms requiring collaboration with a third party provider after all. Actually, what we have found is that VR training is almost two thirds cheaper than more traditional methods, meaning that officers can benefit from more training opportunities without the need to ramp up costs to customers. This is possible due to the speed, scalability and ease at which the training can be completed, which also reduces downtime and time off-site.

Such has been the success of our pilot with Moonhub, which resulted in a coveted Outstanding Security Performance Award, we are now expanding our collaboration to create a suite of security modules to share both within the security sector and more widely.

By opening up access to a raft of modern, fit-for-purpose training resources, our industry can better serve clients and address some of the most pressing challenges impacting it today.

This article was originally published in the July edition of International Security Journal. To read your FREE digital copy, click here.