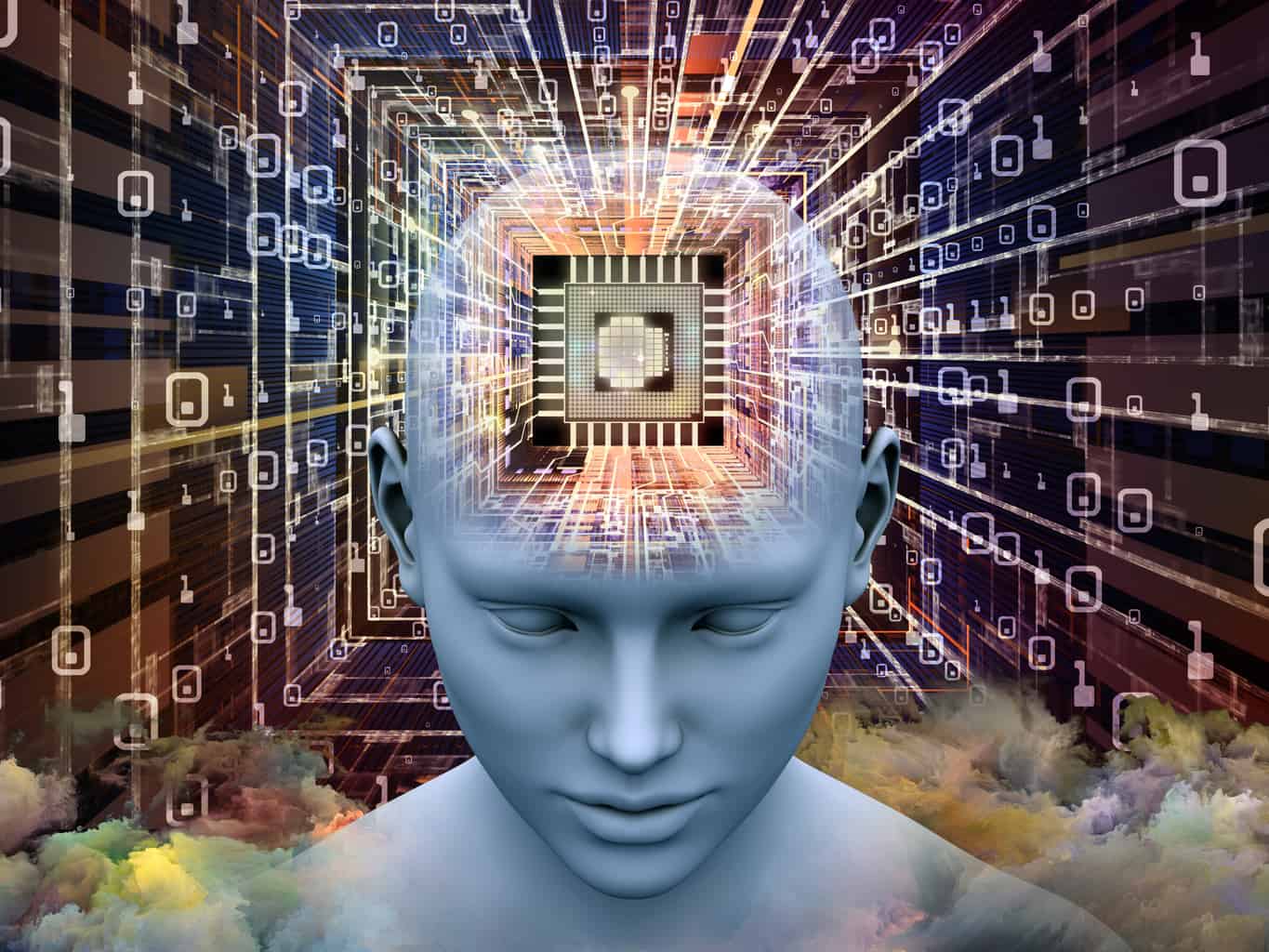 Timothy Compston takes an in-depth look at how AI (Artificial Intelligence) is shaping the future of the security industry.

There is little doubt that we are witnessing a fast-track technological revolution that has the potential to transform every aspect of our lives. AI (Artificial Intelligence) is already hitting the headlines, whether that be in the context of autonomous vehicles (self-driving cars); the first AI computer system conducting a convincing ‘live’ debate with a human in the form of IBM’s Project Debater – which was able to apply unscripted reasoning to the task – or an AI robot assistant called CIMON, developed by AIRBUS and IBM, launching to the International Space Station.

For security too, AI is starting to be woven into the very fabric of the latest solutions. Specific approaches like machine and deep learning are gaining traction – fuelled by an acceleration in processing power, IoT (Internet of Things), big data and cloud-based computing applications – in everything from cybersecurity to drone detection, video surveillance, video content analysis, behavioural biometrics, facial and voice recognition and security robots.

Given the sheer volume of video surveillance footage that is generated every day in this era of big data it is perhaps not too surprising that security vendors are keen to bring to market smarter, and smarter, methods to join up the evidential dots. In the run up to Intersec 2019 in Dubai, for example, Paul Such – Vice President of EMEA sales at Avigilon – flagged up the latest Appearance Search technology which can help to develop a narrative of key events: “Appearance Search is a sophisticated deep learning artificial intelligence (AI) search engine that sorts through hours of footage with ease. This technology allows users to quickly locate a specific person or vehicle of interest across multiple sites that are connected to the same ACC [Avigilon Control Centre] client.”

In practice, with Appearance Search, according to Avigilon, searches can be initiated through physical characteristics such as a person’s gender or clothing colour. In addition, the potential to apply face analytics means that even if a person has changed their clothes between scenes, Appearance Search should still be able to recognise them as the same person.

Another vendor setting the pace here is US-based BriefCam which became an early adopter of deep learning as it sought to enhance its Video Synopsis solution. Looking at deep learning in more detail, essentially, it is built around a computer model where neural networks are trained to recognise patterns from massive amounts of data. Applying deep learning – supported by advances in processing power provided by GPUs (Graphics Processing Units) like those from NVIDIA – has, says BriefCam, helped to accelerate both the performance and precision of its solution.

Turning to Milestone Systems, over the past 12 months this leading player in the field of open platform IP video systems – which is perhaps best known for its XProtect VMS (Video Management Software) – has also been ramping up its offering to the market with an eye on the next video revolution. To achieve this Milestone has been taking a deeper look at how intelligent video systems can help people, and organisations, to make sense of the rapidly increased influx of data. Moving ahead, to deal with the sheer volume of visual data now being generated, Milestone has been working on the deployment of hardware acceleration and machine intelligence systems to spot issues faster, foresee incidents and identify trends. An example of the direction of travel for Milestone is the new Husky X Series NVR which supports 700 plus cameras and hardware acceleration with the GPU doing the heavy lifting on video decoding to optimise XProtect performance.

Broadening things out from video surveillance to a wider range of data inputs, the last few months has brought a succession of announcements regarding the rollout of AI architectures to deliver joined-up thinking in the field of smart cities. A case in point is Dahua Technology which used Intersec 2019 to unveil its Heart of City strategy outside China for the first time. Speaking at the launch in Dubai, Nash Zhang, the public security expert from the Overseas Business Centre of Dahua Technology outlined the rationale behind this new strategy: “The smart city has experienced rapid development in the last ten years and has entered the stage of new development with the smart city 2.0 framework.” Zhang acknowledged, however, that many problems remain unresolved such as passive sensing and partial intelligence and what he refers to as the ‘data island’ as well as severe network security threats. Added to this, Zhang pointed out that that the best way to utilise the new city ‘data’ resource to help decision-making in urban planning is also high on the agenda.

To solve the problems of what he referred to as smart city 2.0, Zhang told his audience that Dahua was putting forward the Heart of City (HOC) idea, a concept that he said was in line with top-level design experience gleaned from hundreds of city projects: “We believe that the maturity of five great technologies – Artificial Intelligence (AI), Big Data, Cloud Computing, IoT [Internet of Things] and 5G – will enable the evolution of smart city 3.0 and bring great changes to our lives,” concluded Zhang.

Rise of the robots

When thinking of potential AI deployments, robots certainly seem like a logical route to take. Steve Reinharz, President and CEO at California-based, Robotic Assistance Devices (RAD) – a specialist in artificial intelligence and robotics – is a strong advocate of the benefits that the latest generation of robots can unlock for security applications when they work hand-in-hand with other elements.

On the question of whether such systems are a practical proposition today, rather than simply a pipedream fuelled by Science Fiction, he answers in the affirmative: “Absolutely, robotic solutions armed with advanced artificial intelligence are already emerging as a major player and addition to the security marketplace with a focus on executing defined tasks.” Expanding on his point, Reinharz believes that advances in AI make it possible for integrated robotic systems to be used, effectively, to augment traditional security guards: “These [robotic] systems can leverage advanced navigation capabilities, obstacle avoidance sensors, and intelligence mechanics to streamline operations and to reduce the risk of human injury in dangerous environments.”

While Reinharz adds that nothing can substitute for human-to-human interaction, he is confident, moving forward, that the latest robots are well placed to play a prominent role across the security landscape: “Combining AI-enhanced technology with traditional security measures can radically improve functionality and help organisations reach their security goals. Robots can be implemented anywhere human guards are to bolster security efforts,” he says.

Another indication of the shape of things to come for security is the application of augmented reality, where the objects people are looking at in the real-world are then ‘augmented’ by computer-generated perceptual information. This is something that has already proven its worth in industrial applications and consumer electronics. Regarding how it might assist with physical security scenarios across the Atlantic, Fortem has created its 3D Op Center which, it claims, is the world’s first holographic security management system. This allows operators wearing a head-mounted display (HMD) to view, wherever they are, 3D maps of cities and facilities, relevant videos, an unlimited number of screens and to collaborate with their colleagues.

Away from the physical security arena, an area of security that has really embraced AI techniques is of course cybersecurity, thanks to the unparalleled potential to process and learn from large-quantities of data in what is one of the most dynamic and testing of all security environments. When it comes to biometrics and cybersecurity, it is not just the analysis of physical characteristics like fingerprints that is making waves, behavioural biometrics combined with machine learning is now coming to the fore for continuous authentication and enhanced security. This seeks to measure, in a dynamic way, uniquely identifying characteristics in human behaviour and, crucially, is one area that financial institutions are especially interested in to combat online fraud and cyber-crime.

In Europe, Mateusz Chrobok, CEO of Polish start-up, Digital Fingerprints – which was founded two years ago – believes that the time is right for behavioural biometrics: “We have seen multiple security systems that were great from the perspective of cybersecurity but very poor for UX (User Experience). Our idea was to let the user be himself and still protect him.” Essentially, Chrobok explains that this approach means no additional devices are required; no special actions need to be taken or the UI (User Interface) modified.

Asked about the way behavioural biometrics can authenticate individuals and pick-up on fraudulent activity such as that associated with online banking, Adam Forma – the Business Development Executive at Digital Fingerprints – outlines how the vendor’s solution relies on Human Computer Interaction (HCI) as the data source. Thanks to a ‘stream processing system’ and AI he says that it is possible to analyse the way that a user interacts with their device: “To name a few: how we write, how we press on the touchscreen or move the mouse and how we hold the device. These are data that, if used correctly, can represent user characteristics that can distinguish him from others.”

Beyond this, given the ever-changing threat landscape, vendors offering voice recognition to banks and other customers are now looking to strengthen the security of their solutions and Nuance Communications – a leader in the field – is no exception. The Nuance Security Suite is designed to apply third generation deep neural networks (DNN), as well as advanced AI algorithms, to help detect anomalies in an interaction across voice – including synthetic speech attacks – and digital channels. The Security Suite also integrates facial and behavioural biometrics to enhance fraud prevention.

This article was published in the May edition of International Security Journal. To register for a complimentary online digital subscription please visit the link here