Hybrid solutions allow you to decide if and when to migrate 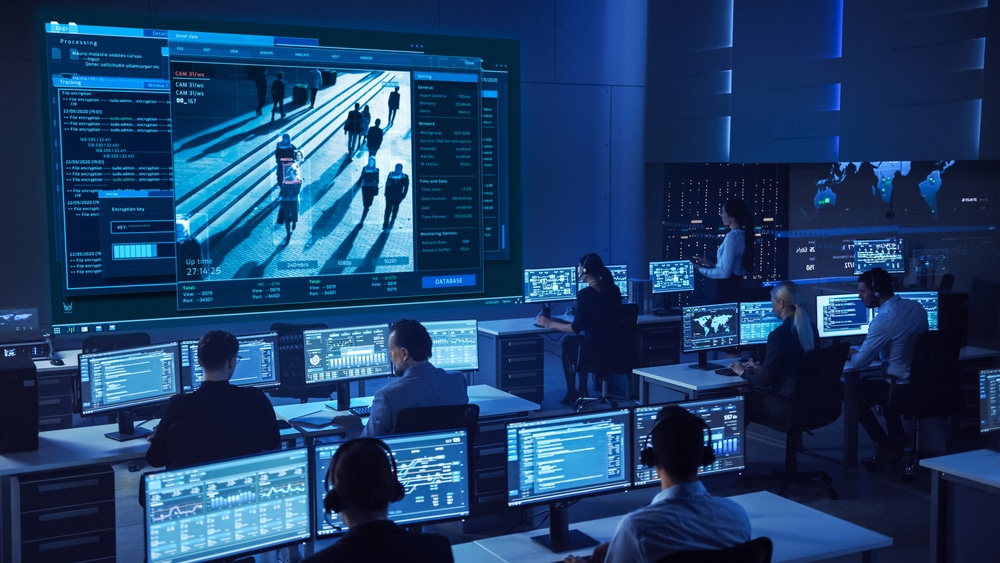 Simon Shawley, Business Development Manager at Smart R Distribution, explains how recent advances in video recording technology means that installers can help end-user clients to extend the life of their existing analogue CCTV systems, whilst enabling them to migrate to a full IP network based video surveillance system at their own pace.

IP network-based video surveillance solutions offer users significant advantages over traditional analogue CCTV systems. These include the ability to benefit from the latest generation of multi-megapixel and ultra-high definition cameras, as well as the opportunity to monitor and manage the system from anywhere on the network.

For mission critical applications, IP network-based video surveillance provides a high level of resilience, as the captured images can be recorded and stored at any location on the network and retrieved via a PC or smart device.

However, despite these benefits, it was not that long ago that security managers agonised over whether they should attempt to persuade their financial masters and IT colleagues to agree to the replacement of an existing analogue CCTV system, to an IP network based video surveillance solution. The choice was either/or and although there was an understandable inclination to want to deploy cameras and recorders which capitalise on the very latest technology, there was inevitably budgetary restrictions and ‘don’t even think about it’ resistance from technical colleagues who were concerned about the impact on the company’s network infrastructure.

In 2021, the question is no longer whether or not there is a justifiable need to immediately migrate to Video over IP. Users can now choose from a range of fully functional hybrid solutions which enable them to extend the life and cost-effectively enhance the performance of their existing analogue CCTV systems. This is because hybrid solutions allow users to benefit from the superb quality high definition images captured by IP cameras, without having to move to a complete IP network solution.

For users who want to immediately benefit from being able to capture and record high definition images but are not yet ready or able to install an IP based system, HD analogue cameras, which are able to capture and transmit images and audio without any latency at distances up to 500m using standard coax, provide a cost-effective way to upgrade and extend the life of their existing analogue CCTV systems. Users can then migrate to an IP network based video surveillance solution at some point in the future and at their own pace.

Hybrid XVR recording devices, which are also known as Pentabrid video recorders, have been available for some time. They facilitate the recording of images captured by a mix of analogue and IP cameras and this means that an existing analogue CCTV system can be significantly upgraded, with users able to benefit from the recording of images which have a resolution of up to 4K.

Until recently, the number of channels which could be allocated to IP cameras on a 16 channel machine, was typically limited to just two. The latest generation of hybrid XVRS, however, now offer a far greater level of flexibility. With the use of a relatively low cost switch, the available number of channels on these NVRs can be configured to meet the users’ immediate needs, e.g. four channels allocated to IP cameras and the remainder for analogue cameras, but with the option to change the mix as and when requirements change.

Traditionally, analogue cameras and recorders were installed with a coax cable between them for the purposes of transmitting video data and they required the provision of a local power supply in order to operate. When IP network based cameras were first introduced, they worked in the same way, but a subsequent significant technological advance saw the development and introduction of Power over Ethernet (PoE). This allowed electrical power to be supplied via a network switch or a PoE enabled network video recorder (NVR) and the power could be provided over the same cable carrying the video data.

Further advances in technology then saw the development of Power over Coax (POC), which offered the benefits of PoE but over coax cabling to HD analogue cameras. It therefore became possible to power the cameras directly from an XVR recorder and most impressively, over distances of typically up to 500 metres, with at least one camera/recorder manufacturer able to achieve this over 800 metres.

Now, with the latest generation of transmission products available, hybrid solutions are available where PoE can be provided over coax to IP cameras and so whatever type of cabling is in place, you can benefit from this hybrid joint power and transmission option.

POC Ethernet Extender devices are readily available from distributors such as Smart R, which provide the flexibility to upgrade and/or expand an existing analogue based CCTV system over existing coax, e.g. by adding multiple new IP cameras to take advantage of Deep Learning AI or intelligent video analytics, as well as the cameras’ ability to capture high definition images. They can also be used to provide a data only connection for a myriad of other network devices.

It is worth noting that a 4-channel POC Ethernet Extender can enable the transmission of video and power to four cameras over a single cable, which makes it highly cost-effective to expand and upgrade a system without having to install new network cabling.

Whilst the majority of new surveillance systems installed in the future are likely to be based on IP network technology, HD analogue cameras combined with XVRs, provide a significant opportunity to upgrade and extend the life of the countless number of existing analogue CCTV systems. However, they also provide a platform to add new IP cameras and other devices as well. The good news is that hybrid video surveillance solutions are very easy to implement, with the added bonus that there is no need to incur the cost and time of installing encoders or converters.