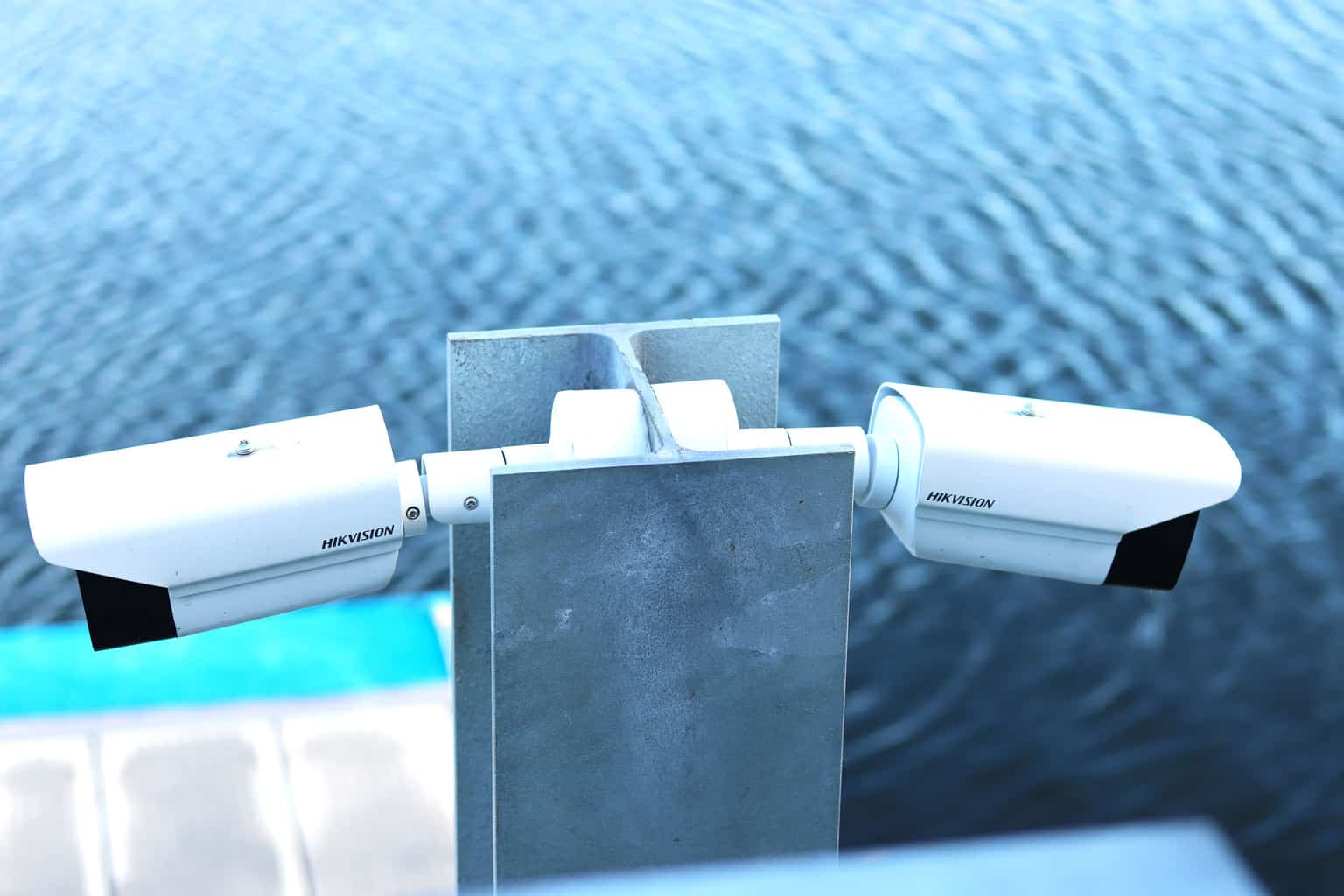 Dundee’s rejuvenated waterfront has breathed new life into the city and not far from the new V&A Museum building is Foxlake Dundee, an exciting new water sports facility. Taking advantage of the regenerated docks area, Foxlake Dundee offers cable wakeboarding – where boarders are propelled by an electric cable rather than a boat – paddleboarding and Scotland’s first urban Aqua Park.

The Dundee facility, which opened fully in summer 2018, includes a large floating assault course, which has proven hugely popular with visitors, featuring huge obstacles, slides and rafts and a giant 3.5m inflatable tower known as ‘the Mountain’. Unfortunately, due to its city centre location, the assault course and the wider facility were likely to be something of a magnet for unauthorised activity, primarily of the inebriated variety, explains Zak Hegarty, Foxlake Dundee’s Manager.

“Because of our location, right in the heart of Dundee city centre, we’re quite near a lot of pubs,” Hegarty says. “And sometimes a 3.5m floating inflatable tower looks pretty inviting to someone with a quantity of ale in their system – it looks like an irresistible challenge.”

The concern was that accidental or deliberate damage or vandalism to the equipment was a real risk – and along with that came the danger of injury or worse to those attempting to exploit the park, at night, in the dark, unsupervised on the water.

Hegarty’s first instinct was to investigate the option of manned guarding: having a security officer on-site during those out of hours periods overnight when the facility was at its most vulnerable. But an approach from Brian Davidson of Webster Security & Fire was to change his mind.

Davidson had noticed the development in the docklands with interest. He approached Hegarty to see if Webster Security & Fire might be able to help with securing the site.

“I introduced myself as I saw they were opening and was invited initially to look at a CCTV system,” Davidson says. “This then blossomed during further conversations into a proactive, remotely monitored CCTV solution.

“They were looking at going down the route of employing manned guarding for when the site was closed, but we thought this would provide a cost-effective and workable solution that offered the same level of protection.”

The challenges presented by the Foxlake Dundee site were not insignificant. The system needed to be remotely monitored and based on some form of movement detection – on a site which itself was constantly moving, due to the changing tidal water levels. Davidson and Webster Security & Fire got in touch with Hikvision in Scotland and together they designed a solution to meet all of Foxlake’s needs.

The centrepiece of the system proposed by Davidson and Webster Security & Fire was the use of Hikvision thermal cameras to detect activity on the jetties. This is complemented by the use of GJD motion detectors and Hikvision cameras to pick up movement on approach areas, further Hikvision cameras which monitor the internal office reception areas and additional Hikvision cameras providing a security, health and safety and management overview of both the assault course and the paddle and wakeboarding facility areas. A public address tannoy system is also connected to the surveillance solution.

The Hikvision thermal bullet cameras highlight areas of heat difference in the field of view – so a human body is always visible as hotter than its surroundings, particularly in a marine or waterfront environment. Hikvision’s thermal cameras also utilise behaviour analysis technology, so figures moving into specific zones in the image can automatically generate alarms.

The advantage of thermal cameras for a water-based site like Foxlake is that they can operate in all weather conditions – they’re not impeded by fog, mist, heavy rain, snow or other environmental factors, the sorts of conditions which could severely impede even the most advanced of conventional cameras.

The other cameras in the Foxlake Dundee system benefit from Hikvision’s Darkfighter technology, allowing for video monitoring and recording in even the lowest of light conditions. And the whole solution records to a Hikvision 8-channel DeepinMind network video recorder, which utilises powerful AI technology to learn to filter out false alarms and accurately raise alerts.

The heat of the night

In the evening, after normal operating hours, the site is locked up and alarms are set. It’s then remotely monitored by the Corps of Commissioners, who are alerted when the thermal cameras or motion detectors pick up any movement on the site. Operators check the live cameras to confirm that intrusion has occurred.

If an intruder is detected, they immediately contact Foxlake management via phone and are also able to contact police if required. At the same time, the Corps operatives can use the PA system to issue warning announcements to allow the intruders to know they are being monitored. The effect is almost instantaneous, Hegarty says.

“We’ve had three incidents since the system was installed,” he says, “and the response by the intruders is pretty remarkable. I’ve reviewed the footage and compared it to the time notification I’ve received a missed call on my phone: you can see the intruder on the video footage hear the warning and then they’re off. They just leave straight away. It’s amazingly effective.”

The overall reception for the video surveillance solution has been extremely positive.

“We’re really happy with the system,” Hegarty says. “The video footage quality is very high and we’re glad we haven’t had to go down the manned guarding route, as similar facilities have done. We appreciate that Webster and Hikvision took the time and thought to design something that would work for us in our specific circumstances. Of course, the proof is in the performance, and the fact that a number of intruders have been quickly and effectively warned away is evidence that it is doing the job it was designed for.”