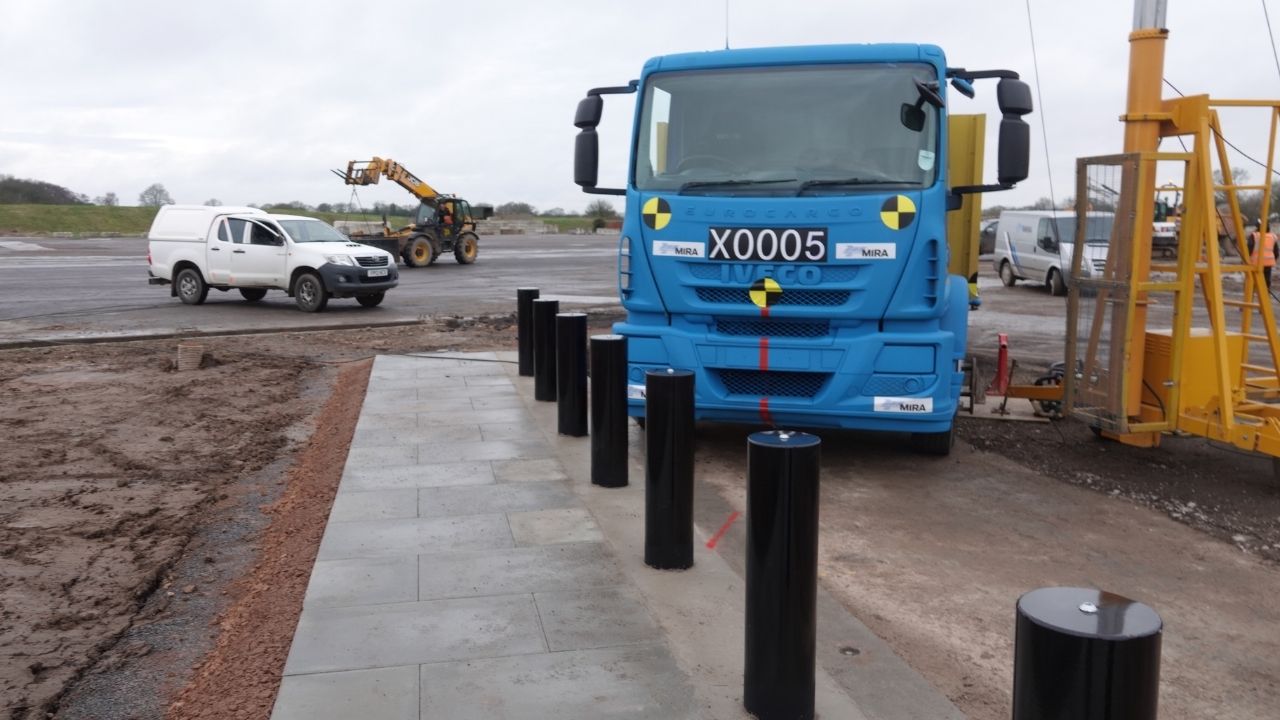 Heald Ltd – the Yorkshire-based manufacturer of hostile vehicle mitigation systems that protect some of the world’s most high profile buildings from vehicle attacks – has been presented the Innovation and Technology Award at the Hull Daily Mail Business Awards for their Bridge Bollard System.

The Bridge Bollard System was unveiled in February 2020 in response to an increasing number of vehicle attacks on high profile bridges around the world.

Prior to the launch of the Bridge Bollard System, effective perimeter protection options were limited due to the impact on a bridge’s structural integrity. With the majority of crash-tested products requiring excavation or in the case of surface mount products, bolting down, Heald set out to address the challenges faced in order to create a product that while effective in its security, would also blend in with the surrounding environment.

The Bridge Bollard System, which consists of a minimum of nine fixed bollards on individual base plates that are bolted together, has revolutionised the bollard market as it requires a depth of just 50mm, with no pinning required and has been listed on the Centre for the Protection of National Infrastructure (CPNI) Impact Rated List.

Crash tested to the most stringent IWA-14 standards, the test demonstrated that the system remained intact and there was no encroachment of the vehicle onto the footway. The product has subsequently undergone further crash testing to demonstrate its ability to handle head-on force, and its suitability to a range of install environments and angle of attack.

The patent applied technology offers additional protection by anchoring the bollards into the ground upon impact, preventing the vehicle from penetrating the area the bollards are protecting. Making it not only the ideal solution for protecting bridges from the risk of vehicle attacks, but also other locations such as inner cities and footways.

The recent addition of an Expansion Joint Unit, which fits between the bollard system, allows for effective protection over underground infrastructure such as manhole covers. During the Expansion Joint Unit crash test, the vehicle was deflected off the product and back into the road. This also makes it ideal for protecting from vehicles that may accidentally mount pavements, such as when in a collision.

Commenting on the award win, Managing Director of Heald Ltd, Debbie Heald, MBE, said: “I am delighted that our Bridge Bollard System has been recognised for the innovative product it is. Once again, this award demonstrates Heald’s commitment to bringing products to the market which address the challenges faced in perimeter security.”