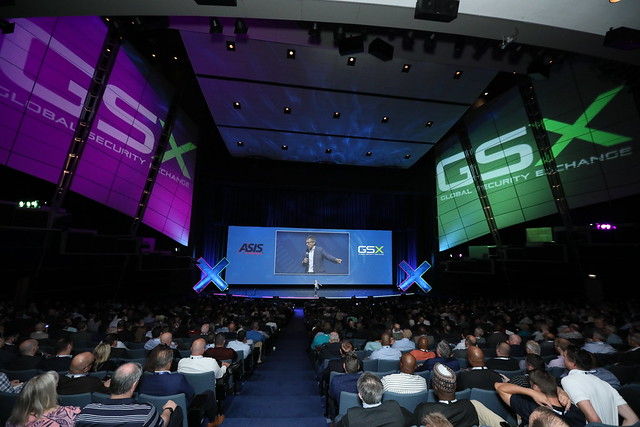 The doors have closed on this year’s Global Security Exchange (GSX), held at Chicago’s McCormick Place. Presented by ASIS International, the world’s largest association for security management professionals, the event offered six days filled with education and networking for the global security community. Attendance was strong with 20,000 registrants from more than 125 countries and 550+ exhibitors packing the convention centre. Security professionals also engaged in sessions around the world via Global Access LIVE! streaming—with participants in more than 15 countries.

“GSX serves as a powerful forum for convening security leaders across the globe to learn, share information and network,” said Christina Duffey, CPP, 2019 ASIS President. “I leave this year’s GSX more energised about our association, our profession and our industry. I am eternally grateful to our Chicago Chapter and host committee for their strong support and look forward to GSX 2020, which will take place in Atlanta.”

GSX 2019 launched on Saturday 7 September, with ASIS member certification reviews and the start of continuing education workshops in support of professional accreditations. Sunday 8 September brought a lively Town Hall providing attendees with an open discussion forum with ASIS volunteer leaders. Monday 9 September, the keynote address was delivered by geopolitical expert and author Ian Bremmer, Ph.D., covering the most pressing risks, trends and economics around the world. He described four key factors that are affecting global perceptions and can stoke conflict and uncertainty, including the decline of the ‘social contract’ (i.e., flat wages, scandals involving privileged class and sense that government and employers no longer represent the needs of the people they serve), immigration, the ‘forever’ wars (i.e., the 18-year conflict in Afghanistan) and the role of social media in stoking division and fears. He also cited news headlines, including the consequences of Brexit, China’s global investments in Western Democracies and the lack of a “Plan B” in dealing with Iran.

John F. Kelly, retired four-star general, former U.S. Secretary of Homeland Security and White House Chief of Staff, kicked off Military and Law Enforcement Appreciation Day on Wednesday 11 September. General Kelly also touched on changes in Department of Homeland Security (DHS) agency structures and policies since 9/11 and described how the dramatically increased collaboration across the intelligence and enforcement agencies in recent years has made the country much safer.

New to GSX this year and a first for the security industry, 12 companies were selected to compete in the first-ever GSX Pitch Competition.

The closing general session featured Tarah Wheeler, Cybersecurity Policy Fellow at New America, who emphasised that the evolving world requires security practitioners to plan ahead and continue to update their thinking. “We are at GSX because we want to be fierce protectors,” she told the audience before providing valuable guidance on how to prepare before an incident response is required. “I think like a bad guy so I can keep people safe—and you should start thinking like a bad guy too.”

Deviant Ollam, Physical Penetration Specialist with the CORE Group, gave the closing Game Changer session alerting the audience to the many ways that potential “bad actors” can gain access to sensitive company data, resources and facilities. Ollam described three distinct attack surfaces—physical, digital and human—and pointed out that attackers often find the most vulnerable points at the intersections of these areas, where the responsibility may not be clear and protective procedures may be weak. He emphasised the potential value of penetration testing and encouraged testers to help make the world safer, saying “if you’re not making the blue team better, you’re not doing your job.”

Expanded for 2019, the Security Cares program was created to empower and positively impact the local communities serving as GSX host cities. Now in its fourth year, the program connected leaders of Chicago area community organisations and small- to medium-sized businesses with free access to valuable security education, networking, funding opportunities and resources.

GSX 2020 will take place 21-23 September in Atlanta. For more information about this year’s event or to learn more about next year, visit http://www.GSX.org.