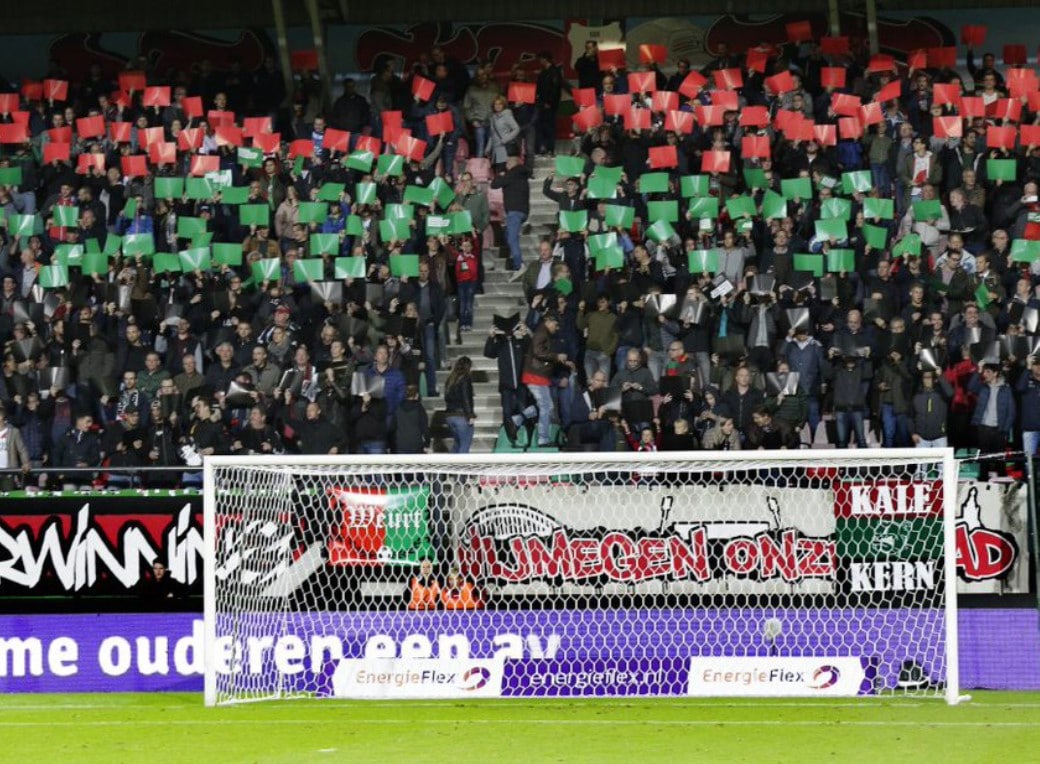 The Goffert Stadium, home to N.E.C. football club in Nijmegen, Netherlands, was in dire need of an upgrade as its legacy security system had fallen into disrepair and was no longer fit for purpose. To tackle the issue, the football club worked with VideoGuard to deploy a Genetec system that could modernise security operations and support a phased evolution of infrastructure.

The unique security challenge of stadia

The Goffert stadium’s original analogue security system had been installed during a major renovation in 2000. It had initially served the security team well but over the years it had failed to evolve in line with the new requirements of the organisations. Upgrading its capabilities was complex and costly, while almost half of the CCTV cameras had become inoperable.

Theo van Benthum, Goffert Stadium Manager, explains the issue in more depth: “The images from the old cameras could no longer be used as legal evidence. And that’s important if you really want to be able to tackle hooligans. In addition, there is also an economic reason to have good CCTV surveillance. The mayor of Nijmegen demands from us that we have a good security organisation and camera surveillance is an integral part of that. In matches with an increased risk of disturbances, the police come to us to watch and if they think that the camera footage cannot be used, this could have consequences for us. For example, we have to allow fewer visitors or certain competitions may no longer take place. The KNVB (Royal Dutch Football Association) can also come with sanctions if we are imposed by the municipality.”

Replacing the entire system became the only option. However, committing the budget required to fund all of the necessary upgrades in one go would be difficult. Van Benthum was also keen to ensure that whatever system was adopted had the flexibility to evolve in line with future needs.

Richard Nass, the Owner and Managing Director of VideoGuard, stepped in to assist the club, proposing a complete refit based around Genetec Security Center. As an open platform that supports a wide range of cameras, this provided a path for the club to take a phased approach to refreshing his hardware. Helping to lower up-front costs without limiting options for future upgrades.

Theo van Benthum acknowledges that a project of this scale simply wouldn’t have been feasible without the input of VideoGuard and Genetec. “It wasn’t just about replacing the 24 cameras. The existing network could also no longer be used. Everything was outdated and weathered. I knew Richard Nass from the past and knew he was in the camera business, so I thought I’d give him a call. This is how the idea arose to turn our stadium into a showroom. He came up with a proposal that we could handle just fine. Now, but also in the future.”

In 2018, the project began by replacing the dilapidated analogue cameras with state-of-the-art Type 5000i Bosch Autodomes, which significantly improved the quality and accuracy of footage. The cameras were then connected via a new network with two Genetec Streamvault-SV-2000 servers and run on Genetec Security Center. Surveillance camera coverage was also considerably expanded in other areas, such as the fan entrances and car park, to ensure better visibility across the stadium in high footfall areas.

The interior cameras were previously run on a separate system, but now, using Genetec Security Center, staff can access every camera on premises via a single platform, providing a more holistic view into security operations. Furthermore, Security Center also enables personnel to monitor surveillance via their phone or tablets, enabling a greater degree of flexibility, as security personnel are no longer required to be constantly posted at a monitoring station. Speaking about the refit, Frank Scholten, Product Manager and Engineer at VideoGuard, said: “What has improved enormously with Genetec is the ease of use. For example, it is very easy to select cameras based on a map. In addition, the system can be expanded quickly and easily if necessary.”

The new security system proved its worth when hooligans associated with ADO Den Haag attempted to burn down the N.E.C. training centre. Thankfully, the new state-of-the-art cameras were able to clearly capture the scene, serving as vital evidence for the police, leading to the successful arrests of both of the suspects.

As Security Center is an open platform, it means the club isn’t restricted to specific hardware and can integrate whichever tools suits their needs best. Speaking about plans for the future, Frank Scholten said: “It may sound strange, but we actually think it’s a bit of a pity that the Goffert Stadium is so satisfied with our system. We do intend to use more and more opportunities in the future. For ourselves, but of course also to be able to show other stadiums what is possible.”