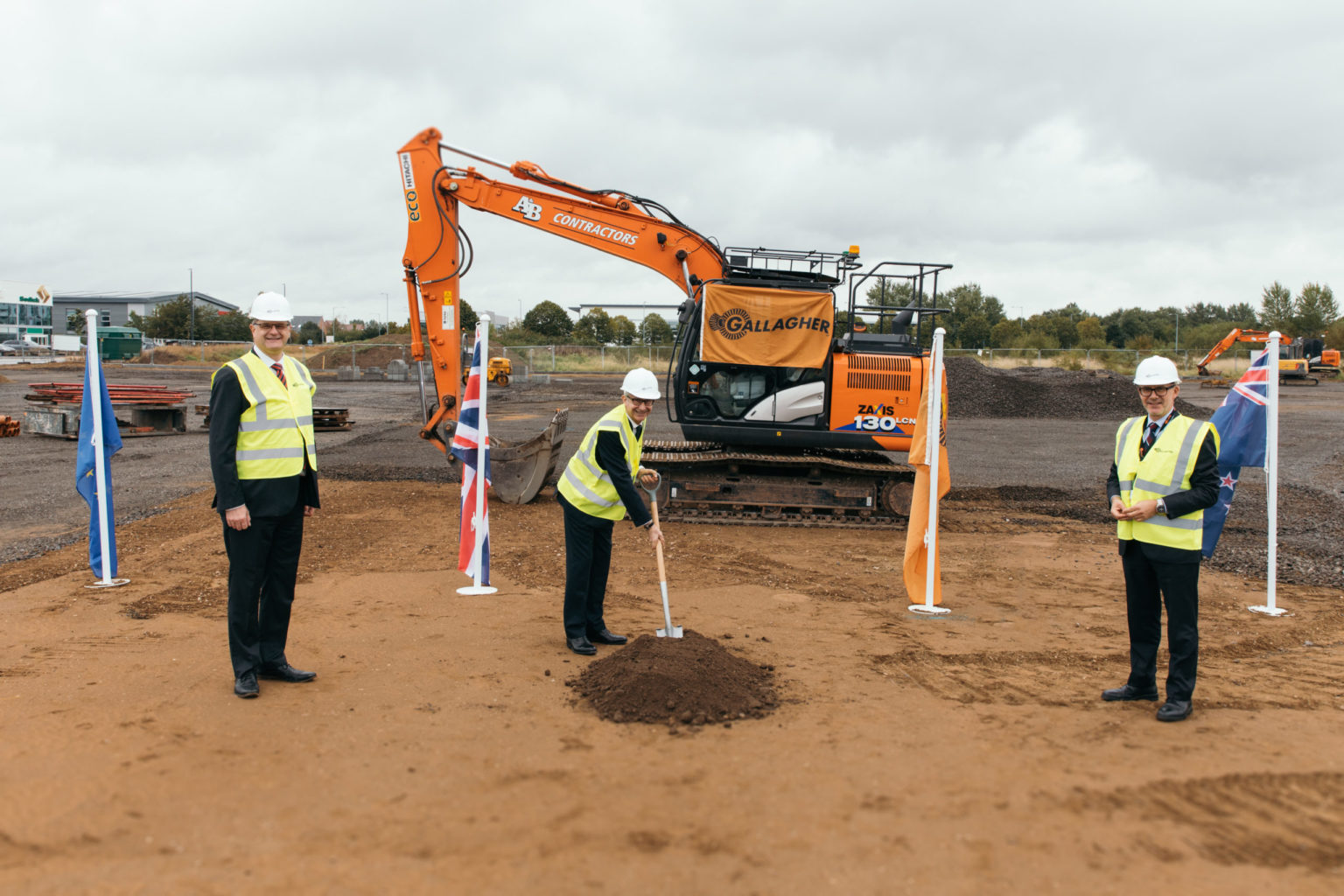 At a time when most businesses are being extremely cautious with investment, Gallagher, a manufacturer in security and agricultural technology, has officially celebrated the start of groundworks at its new European headquarters in Warwick, United Kingdom. A ‘breaking ground’ ceremony was held on 23 September, with limited numbers in keeping with government regulations, to mark the beginning of development for the 1,500 square metre (16,145 sq ft) office and 670 sqm (7,211 sq ft) warehouse.

Established in New Zealand, Gallagher now has offices and warehouses located across the world. With their business expanding rapidly, Gallagher made the decision to further invest in the region with the development of a new European headquarters. The ceremony was attended by New Zealand’s High Commissioner to the United Kingdom, His Excellency Bede Corry; The Right Honourable Matt Western, MP for Leamington Spa and Warwick; and Nick Swallow, New Zealand Trade Commissioner to United Kingdom and Ireland.

“It was an honour for us to host such distinguished guests at our ceremony as we celebrated the site-work starting on our new European facilities,” says Richard Huison, Regional Manager for the UK and Europe. “The new office and warehouse will give us even greater scope to showcase our world-class technology, host events and support our Channel and customer network across the region.”

“Gallagher Group is an iconic Kiwi company and it’s great to see them expanding their presence in the UK,” says Bede Corry, New Zealand’s High Commissioner in London.

Corry continued: “This new headquarters is a vote of confidence in Gallagher’s British and European markets and the investment is yet another example of the diverse and sophisticated trade relationship between New Zealand and the United Kingdom.”

Matt Western, MP for Leamington Spa and Warwick, said: “I’m delighted that Gallagher has chosen to locate its UK and European Headquarters in Tournament Fields in Warwick. At the centre of the UK transport network and with such a terrific pool of skills and talent it makes perfect sense for businesses such as theirs.”

Located in Tournament Fields business park, development of Gallagher’s European headquarters is set to be completed in mid-2021.