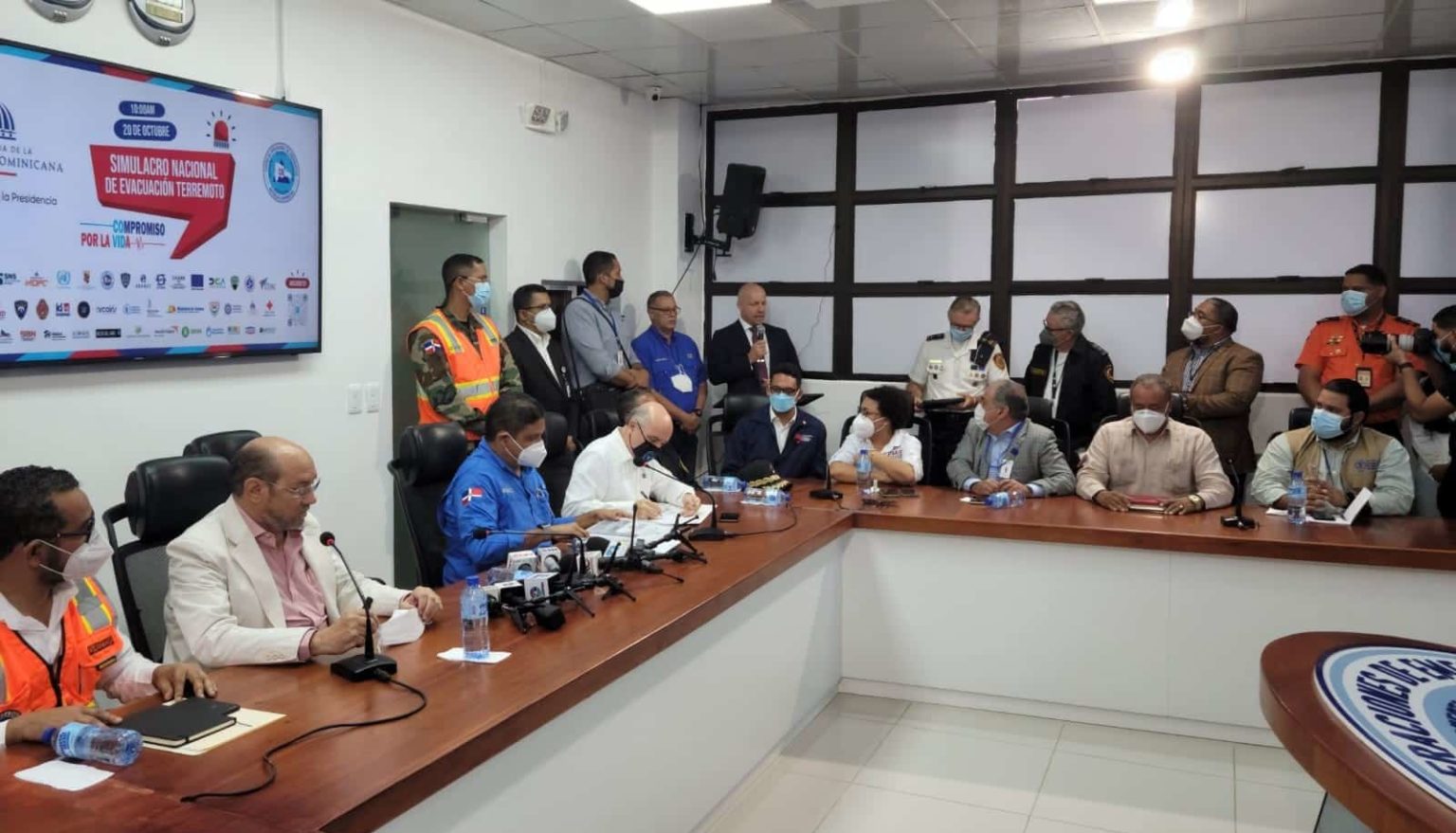 Peter Bäckman, Founding Partner of TEDCAP explains why all security professionals need to start considering the effects of climate change.

If you were to ask any security professional to list the biggest threats that their organisation is facing right now, it is likely that the majority would highlight cybersecurity, COVID-19 or theft. However, an incredibly serious threat regularly gets overlooked, that of climate change.

The real-world impacts of climate change are now becoming very clear to see. From record-breaking snowfall and floods to disastrous wildfires and hurricanes, the environments that we live and work in are changing in a big way. Consequently, businesses and governments need to begin planning strategies to cope with this, if they haven’t already.

The authorities in the Dominican Republic have undoubtedly been ahead of the curve in terms of climate change planning and have recently held a mass evacuation simulation to help the country prepare for any natural disaster that it may suffer, an exercise that is run each year by the nation.

International Security Journal caught up with Peter Bäckman, CEO and Founding Partner of TEDCAP, who was intimately involved in the planning and execution of the simulation, to find out what lessons were learned from the project and why climate change should be front of mind for every security professional.

The wolf is coming

Peter Bäckman is one of a growing number of security professionals around the world who is calling for more emphasis to be placed on the dangers of climate change. The fact he’s based in the Dominican Republic, a country renowned for natural disasters such as earthquakes and hurricanes, has given him first-hand experience of the impacts of climate change.

When asked about why he thinks there has been a lack of recognition of climate change within the security community, he said: “The biggest issue is trying to get people to understand what is happening. For so long now, climate change has been like saying ‘the wolf is coming’, there has been so much written and spoken about it but you can’t physically see the changes in front of you.

“Climate change is a slow growing improvement of conditions for extreme events and sadly what we are going to see is a large increase in these events compared to one or two decades ago. Therefore, companies need to realise that climate change is real and they need to start planning before it is too late. We have to prepare for the worst over the next decade which means implementing some robust business continuity and incident management strategies to make our organisations more resilient and flexible.”

To aid in its preparation for the effects of climate change, the Dominican Republic organised a mass evacuation simulation in late 2021, COE (Centro de Operaciones de Emergencias) brought Bäckman on board as an advisor on behalf of the private sector, he worked with Edwin Olivares, Sub-Director of COE who oversaw the exercise.

He explained: “Due to the geographic location of our precious island, we are right on the border where the Caribbean plate meets the North American plate, it makes us incredibly prone to earthquakes. We are also in the middle of the Atlantic hurricane corridor which means that we suffer from a lot of extreme weather events.

“These natural threats to the Dominican Republic make it very important to practice our management of disaster events. We have smaller earthquakes here on a monthly basis but the large-scale ones can have a disastrous impact on the community and the economy, as we have seen recently in Haiti. So this simulation was designed on responding to an earthquake in the northern part of the country, measuring 7.5 on the Richter scale.”

A staggering 1.7 million citizens took part in the simulation, with more than 4,000 companies also involved. Bäckman detailed the key objectives of the event: “First and foremost, it was to provide practice for the citizens. They are not going to practice by themselves so it was a good opportunity to provide them with an evacuation drill, to learn the signals and the signage.

“Secondly, managing a disastrous event like an earthquake of this magnitude is a very complex operation, so the authorities needed to be able to practice impact assessments, resource allocation and coordination between the different departments. It is very important to stress test the system.”

He continued: “Last but not least, it was also for the private sector. There are 1.5 million SMEs in the country and they contribute 39% of GDP, so it is a sector of vital importance for the sustainability of the Dominican economy. It is very easy for companies to be focused on growing their own business and increasing revenue, while being complacent about threats such as this and thinking that the authorities will take care of everything. However, as good as the authorities are, they suffer from something we all suffer from, that is limited resources.

“Therefore, when there is a natural disaster, the authorities will focus on first saving lives and restoring critical infrastructures, private companies will not be the priority. So it was the perfect opportunity for them to review and practice their business continuity plans.”

Bäckman was involved throughout the entire process and revealed the crucial lessons that were learned from the simulation: “Each organisation conducted their own self-evaluation following the project and the main takeaway was how complex the situation was to deal with. When you break it down and realise how many authorities were involved, it is quite incredible.

“The scenario within the simulation was that nationwide the roads were blocked with traffic, numerous buildings destroyed and all lines of communication were down. If you cannot travel and you cannot communicate, how can you verify the situation? We realised how crucial it is to manage the information first of all, which will then help the authorities to allocate their resources. In this type of situation, every second counts, you cannot afford to waste time with confused messages and rumours.”

Considering the effects of climate change will only become more widespread in the years to come, Bäckman believes that this type of simulation should be carried out in every region around the world. He added: “Any country that has a natural threat should be carrying out this kind of simulation.

“For example, Sweden, where I’m from originally, may not have hurricanes or earthquakes but they have bad snowstorms. One can only imagine that if the weather continues to get colder and colder and the storms stronger and stronger what the impact of that may be, in terms of shutting down critical infrastructure and utilities. I saw the benefits of this simulation first-hand and am confident that every country could learn something from this type of exercise.”