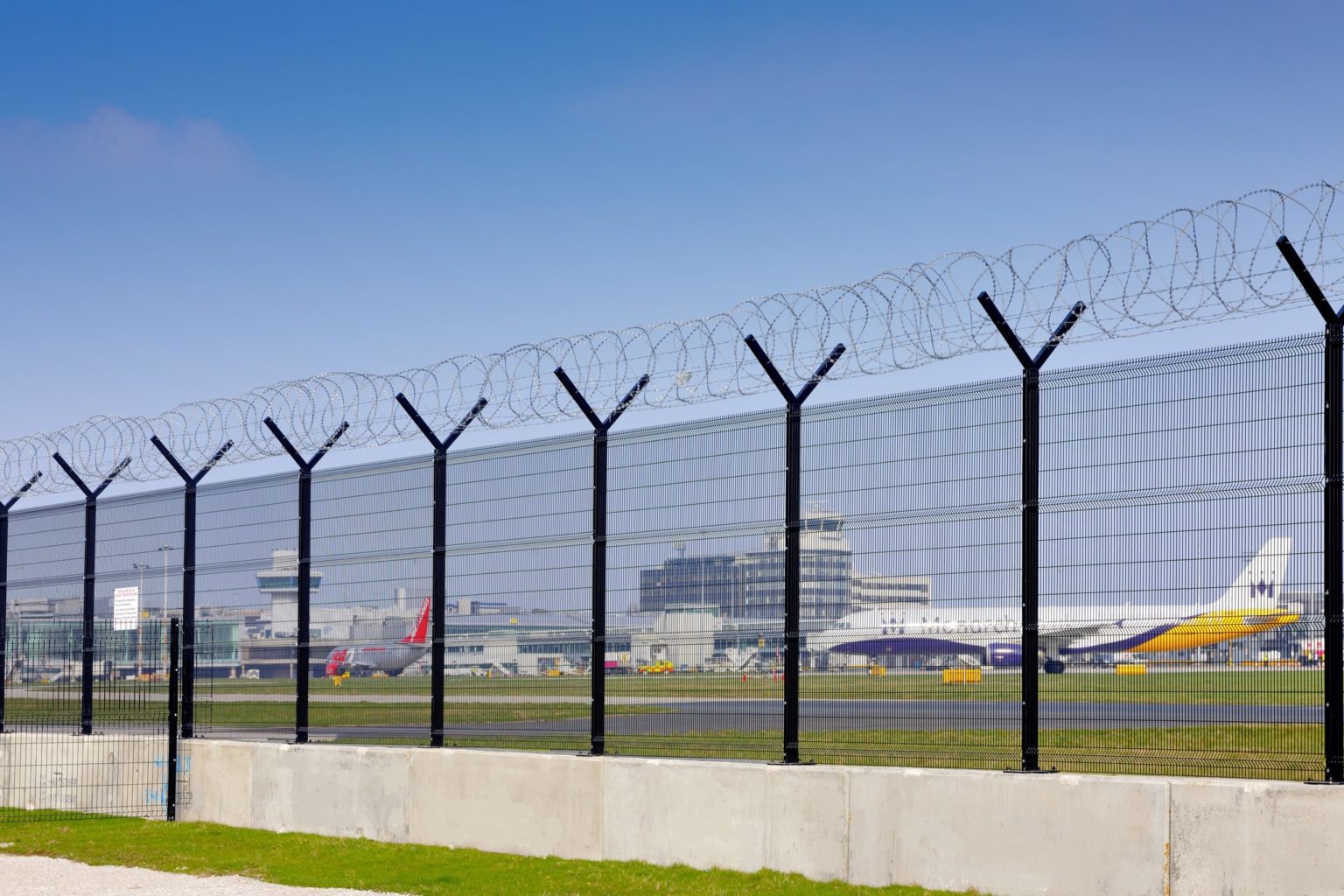 Stewart Plant, Director of Marketing, CLD Fencing Systems assesses the potential impact that COVID-19 will have on security.

When news broke of a virus taking a strangle hold on the city of Wuhan in December 2019, no one could have predicted what the impact around the world would be less than four months later. Businesses closed, entire countries in lockdown, whole industries on the brink of collapse; held up by their relevant Governments. With the COVID-19 virus still raging around the world, Stewart Plant from CLD Fencing Systems takes a look at what the physical security landscape could look like in a post-COVID-19 world.

Before we start, one thing that needs to be said is that ‘normal’ will never be the same again. Almost like a war that changed the world, COVID-19 has taken the status-quo and turned it on its head. Companies have had to adapt to survive and trends that could have been relied on for vital intelligence have failed to provide an answer. The issue with COVID-19 is that ‘normal’ doesn’t apply.

Let us be clear on this, COVID-19 isn’t just going to go away. It will be a part of our culture for many years to come as we adapt to its impact. Whilst there will be an escape from lockdown over the coming months, various areas need to be looked at now regarding physical security.

Compare that to the recently released report from Google Mobility in April 2020 that shows a 57% decrease in the number of people, against baseline; who have visited their workplace. Suddenly we have over 23 million people working from home or furloughed. Offices stand empty and questions are asked of employers.

“If I can work from home now, why can’t I in the future?” This cultural shift will only increase the longer that lockdown continues.

It was already predicted that the number of people working from home would rise to close to 50% in 2020, but we are now seeing this rise to close to 70%. Whilst we will see a number of those who work in the hospitality industries and leisure return to their workplaces after lockdown has ended, others won’t or will be reluctant to. The threat of COVID-19 is that it can re-emerge until a vaccine is found for it. Think of offices, normally full of people and then compare it to your reaction when you see someone on a walk and cross the street to maintain social distancing.

The problem with this is that just because remote working is working, the physical workplaces haven’t ceased to exist. Billions of GBP worth of real estate stands empty. In the UK alone, it is not illegal to take up residence in a non-residential workplace unless a crime has been committed such as criminal damage or theft of property or utilities. With a global depression already being touted around and many people close to the bread line, will a post-COVID-19 world see a rise in squatting in these empty properties?

Businesses and property owners need to start thinking now, how will they adapt to their offices and sites becoming a vacant property? Temporary and Adaptive Physical Security needs to become the lead in their business continuity plans. Whether it is the car parks or the actual buildings themselves, what are the physical security measures that can be put in place quickly to protect from unauthorised entry?

It isn’t just the workforce that is changing due to COVID-19, whole industries have been affected. One of the hardest affected is the airline industry. Can you remember the last time you saw an aeroplane in the sky? For airlines, the ability to keep their largest airframes in the air almost 24/7 removes the need for storage costs and security.

However, the global landscape has been changed. At the start of April 2020, almost one third of the world’s total commercial passenger fleet had been grounded, this is predicted to rise to almost 80% as the crisis continues. Whilst some airlines have been able to store their fleets at boneyards, many have had to resort to short term solutions at host airports.

But what happens post-lockdown? Will passengers look towards maintaining social distancing? Whilst airlines are hoping to be operational by summer 2020, many companies have banned all non-essential travel. Further, self-isolation means that a large percentage of frequent older travellers will be unable or unwilling to travel.

This presents an issue for the airline industry, if airports re-open then how can they store their empty planes at the site and make sure they are secure? The average cost of a standard 747 runs to almost US$387.2 million, with an A330 costing over US$230 million depending on the airframe. If they can not fill the aircraft then they either have to run the aeroplanes empty or look at a new way of securely storing them. Could the post-COVID-19 world see disused airfields being converted to storage yards across the UK for European-based airlines? Again, having the ability to defend these high value assets with temporary and adaptive solutions may be something that should be considered now?

But it isn’t just the airline industry that has been affected. The post-COVID-19 world is going to see whole sectors of the world economy impacted with some unable to return to what was considered normal no more than six months ago. The rise of online shopping is an area where industries have bucked the trend. With more demand for stores like Amazon and supermarkets offering home delivery, these rapidly expanding industries need the physical security to deal with the increase in stock.

Services that would have previously only supplied the consumer are all of a sudden becoming the go-to for front line organisations and businesses. With this upturn in demand, new business models are having to be brought in to cope. As the market changes so does the requirement from the industries, but at each stage it comes down to adaptability of not only the business but its security requirements.

One thing that is clear is that people who are thinking in terms of physical security at present are still centred on the idea of a normal return. As the two areas covered so far show, normal may not resume. The other area that needs to be looked at is what we call the future.

Whilst lockdown may be lifted in a matter of weeks in some countries around the world. It is already being quoted at the earliest as September before a first stage vaccine is ready. Scaling of this could take until 2021 for a world release and this is assuming zero or slow mutation in the virus. We are in the early stages of the evolving world and that means that any playbook for physical security has ceased to exist.

The key for any future now centres on two areas. Rapid Response and Adaptability. To quote Vladimir Lenin: “There are decades where nothing happens; and there are weeks where decades happen.“

Businesses, industries and individuals need to respond with a speed not seen before to the changes. We are living in the weeks where decades happen now and the standard idea of a permanent solution needs to change. The old adage of ‘we have always done it this way’ will no longer work.

Exploring all options is the new normal, researching the use of systems and adopting them when they can be deployed in the matter of hours rather than weeks should be the priority for security managers. Designing security plans and business continuity that chooses temporary solutions to support and compliment the permanent ones.

Alongside a rapid response, the second key future is adaptability. Security requirement will change. The security managers that stay ahead of the curve will be the ones who realise that their physical security needs to adapt as the world and the challenges also change.

Would a permanent solution be the only option if you had to constantly remove and replace it?

Would a temporary solution be the only option if it couldn’t offer the same protection as a permanent one?

What does the future of physical security hold in a post-COVID-19 world?

Taking the chance to look at this topic and researching just a few of the many challenges presented really opens your eyes to the innovation needed from the physical security manufacturing sector. Much the same as when the new LPS 1175 Issue 8 launched at the start of 2019, manufacturers are again being asked to design the future.

Trying to predict the requirements based on the vast events of the last few months means accelerated R&D, redesigning systems, collaboration and most importantly, an innovative approach to physical security that hasn’t been seen in decades.

Previous crime figures have been replaced with new challenges. Who would have thought that the storage of aircraft would ever be an issue when so many of them were in the skies? The future means taking the basic principles and adding to them.

Physical security will still need to deter, delay and detect but at the same time it will need to be adaptable and rapidly deployable. Moving from civil engineering intensive systems to foundation free solutions will be a clear winner on the rapid and adaptable stance, but again this requires systems that can offer the 3Ds. Suddenly, in the nation’s interest is becoming key. The speed at which systems and solutions can be tested and certified will be a key factor in the innovation process.

But lastly, the ability to view the future as different to the old normal will be the biggest factor. Because those that can’t change, won’t survive.

Stewart Plant is Director of Marketing at CLD Fencing Systems. A former member of HM Armed Forces, he works with government agencies, blue chip clients and critical national infrastructure organisations to promote correct physical security practices across the UK and around the world.

This article was published in the May 2020 edition of International Security Journal. Pick up your FREE digital copy on the link here