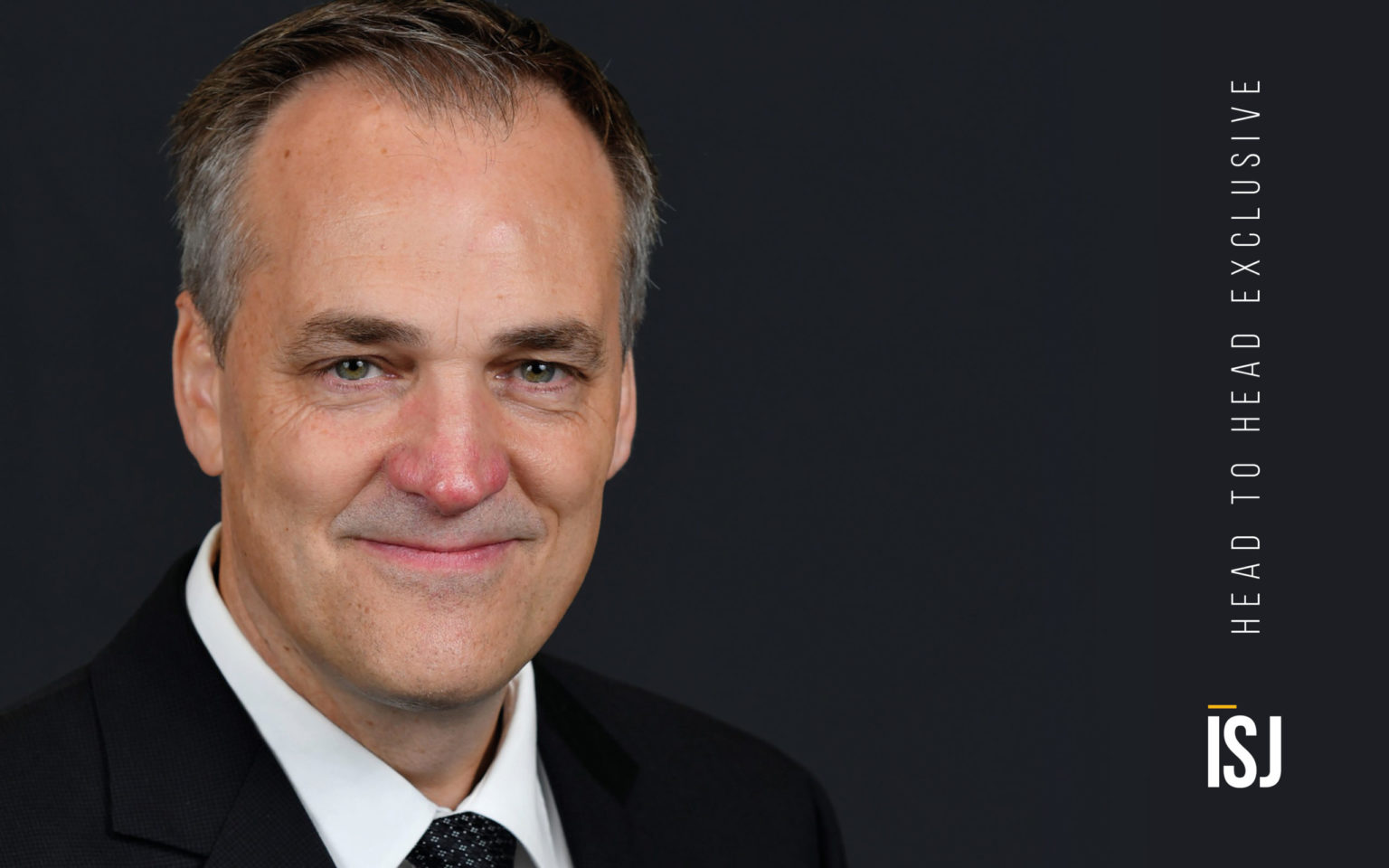 International Security Journal sits down for an exclusive interview with the President of ASIS International, Godfried Hendriks, CPP.

When examining various industries, it would be unusual to see professionals from competing companies sharing knowledge or working partnership. If you were to look at the car industry for example, individuals from Nissan and Toyota would very rarely, if ever, work together.

However, this is what makes the security industry so unique. Professionals are united against common enemies – those that mean to do us harm – and will therefore readily collaborate in order to keep people safe and happy.

This spirit of partnership and endeavour is the bedrock of everything that ASIS International aims to do. Founded in 1955, ASIS International is the world’s largest membership organisation for security management professionals. The association boasts more than 34,000 members around the world and its annual Global Security Exchange (GSX) event has developed into one of the must-attend exhibitions in the global security calendar.

International Security Journal sat down with recently appointed President of ASIS International, Godfried Hendriks, CPP to discuss his plans for the organisation, the importance of collaboration within the industry and much, much more.

“Before I knew it, I had two metres of science at my disposal!” When in conversation with Godfried Hendriks, it becomes almost immediately apparent that not only are you talking to one of the most knowledgeable and experienced professionals in the security industry, but also a genuinely charming and funny man.

The science he speaks of is the plethora of books written by Professor Martin Gill as well as a variety of Dutch scientists which first sparked Hendriks’ interest in criminology and security. After studying at what is now Reading University, situated in the UK, Hendriks became a member of ASIS in 1992 and has now been appointed President of the organisation for the year of 2020.

Hendriks said: “It is a great honour to be appointed as President. I was elected onto the Board of Directors six years ago which gave me a better understanding of the strategic side of the organisation, rather than just operational factors.

“I feel like it is very much an ambassadorial role, giving me the opportunity to show support for our chapters around the world which is absolutely fantastic.”

It could be easy to get distracted or swamped in such a huge, all-encompassing role and therefore not accomplish what you set to out to do. Hendriks is clear in what he wants to achieve during his tenure though: “Over the past three years, my predecessors and my colleagues on the board have put in place a superb strategy and structure which have transformed the organisation.

“What I really want to achieve is to implement the things that have been put in motion over the last few years, which is going to be a daunting task in itself.”

For more than 60 years, ASIS International has connected security professionals from across the globe and given them a platform to share knowledge and expertise. Hendriks is certain that this is one of the main reasons why membership numbers are continuing to grow at a rapid rate.

“There is always a reason why an individual joins the association, whether they are looking to expand their network or perhaps, looking for certification. However, it is once that person becomes a member that the real opportunities open up to them. Whenever you need help, wherever it is in the world, you can reach out to a colleague and they will do their best to assist. That is the real power of the network.

“You will be immediately recognised as a member of the organisation with more than 34,000 colleagues globally and I have never heard of anyone who has received bad service or been refused help.”

This ties into the role that collaboration plays within the security industry, a unique characteristic of security that Hendriks is particularly keen to champion. “It is one of the most important things about this industry. We are much better at working together and sharing best practices than many other industries.

“Another element to this is the increasing number of public and private partnerships we are seeing. We have strong connections to law enforcement, first responders, the military and the intelligence community because of the common goal we all share. This is something that ASIS International is actively encouraging by running initiatives such as presenting awards to the most effective public and private partnerships.”

Whereas the CPP has significantly more stringent qualification criteria, the APP is designed for those professionals who are still relatively early in their careers. The APP exam assesses the knowledge of security management fundamentals – business operations, risk management and response management.

Hendriks revealed that the new initiative has proved to be extremely popular: “The APP is something that many professionals have been crying out for over the last number of years. The CPP requires you to have multiple years of experience in a senior role but the APP is aimed at people just starting in the industry. It has only been available for a few months but we already have over 200 qualified professionals who have received their APP certification.”

With members situated in every corner of the map, opportunities for ASIS International to bring together its cohort are few and far between. However, the organisation’s annual GSX event provides exactly this. Taking place over three days, the conference provides a forum for the latest industry trends to be discussed as well as an opportunity to see the newest and most innovative security solutions on display.

This year, GSX is taking place from 21-23 September in Atlanta, Georgia, a city with deep roots in the security industry, and Hendriks cannot wait for it to get started: “It is the one time of the year that we all come together from around the world. Last year, we welcomed more than 20,000 visitors from more than 120 countries as well as over 500 exhibitors. The show has now got so big that there are only a limited number of venues in the US that can accommodate us.

“The size of the event is staggering. You can walk around and see the latest robotics technology, surveillance drones and the newest applications for Artificial Intelligence, just to name a few attractions. We have a fantastic team at headquarters working on it and this year’s offering promises to be better than ever.”

One of the topics that will be under discussion at GSX is the increasing convergence of cyber and physical security. It is an area that ASIS International has done a lot of research on and a recent report produced a number of interesting results.

In late 2019, the ASIS Foundation released its survey results from more than 1,000 senior security professionals across the United States, Europe and India. It found that: “Despite years of predictions about the inevitability of security convergence, just 24% of respondents have converged their physical and cybersecurity functions. When business continuity is included, a total of 52% have converged two or all of the three functions. Of the 48% who have not converged at all, 70% have no current plans to converge. However, there seems to be a growing need for greater communication and collaboration.”

Hendriks said that this is symptomatic of the wider industry views on convergence: “A lot of people have the desire to converge their cyber and physical security but not many people have actually done it.

“It is extremely important that as an industry, we work together to ensure we are fully prepared for the evolving threats that we are facing. Crime is moving from the physical world to the cyber world so we need to be aware of that and respond accordingly.”

As for ASIS International itself, Hendriks is confident that the organisation will continue to go from strength to strength. 2021 will see the first two of its Regional Boards of Directors named in Europe and North America which is an important step in its globalisation strategy.

Hendriks concluded: “We realised that things work differently depending on where you are in the world so the Regional Boards of Directors will provide us with that local knowledge. We have also just set up ASIS Connects, an online community for ASIS members to share knowledge. It is a really exciting time for the organisation.”

The tremendous victories that can be achieved by working together should not be ignored during what is a time of significant political unrest around the world. ASIS International is a great example of the power of community spirit and in Godfried Hendriks, the organisation’s members have the perfect ambassador.

This article was published in the February edition of International Security Journal. Pick up your FREE digital copy on the link here