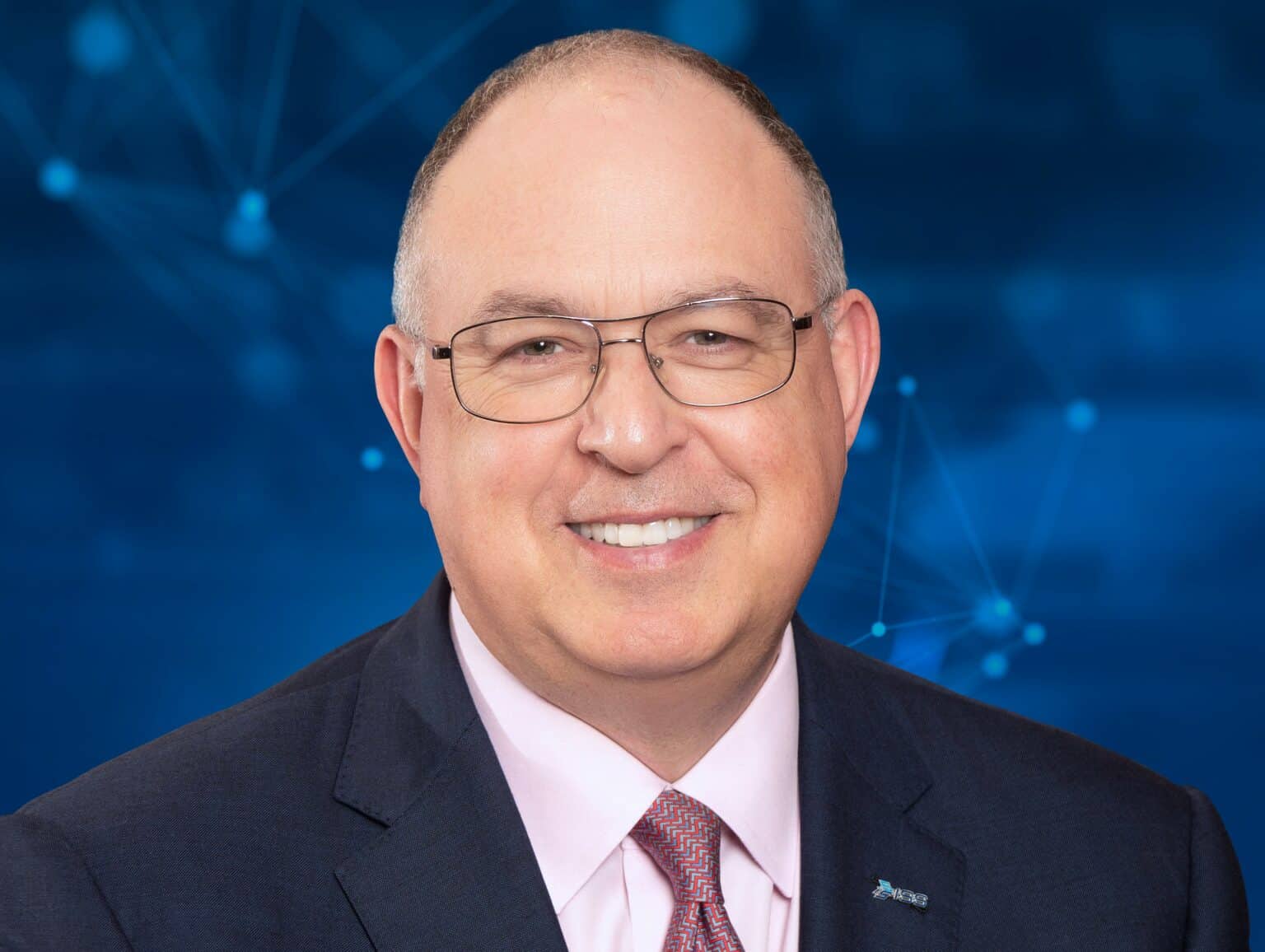 “The security market has grown, in general, at an average annual rate of around 4.5% over the past five years, according to Markets & Markets,” said Richard Burns, Chairman of ISS, the innovative global developer of security surveillance and control systems. “Some regions of the world have grown a little more or a little less fast, but it’s fair to say that, overall, the industry is growing.

“That really is ‘in general’, however. Where we see the market growing fastest is at both the high and the low end. At the low end, the demand for moderately priced cameras and storage (including modest monthly subscription cloud solutions) has powered a group of companies’ revenues. And, this is the same at the high end, where ISS plays.”

When you’re talking to the world’s largest public and private organisations about their security needs, the agenda is currently nearly always headed by AI video analytics capabilities and use cases. ISS was always a pioneer in this field, indeed when machine learning was still neural networks. “It’s rather as if the world’s caught up to us now – and the most sophisticated parts of the world, like the Middle East, have embraced us wholeheartedly,” Burns explained.

ISS will grow, globally, by over 60% in 2022 over 2021. The company was expanding during COVID-19 and is now five times the size it was five years ago. “I don’t think there is any other explanation than that we are offering the right products and services at the right time,” Burns added. “Growth in our sector comes from two drivers. Firstly, by being constantly and institutionally innovative. Secondly, by being end user sensitive. You listen, you occasionally say ‘no’ – not just ‘yes’ – and you are obsessed with customer service to your clients.”

Burns explained that ISS was traditionally known in markets around the world as a “video management company”. This isn’t true and it certainly did not give people the full picture. “The prime blame for that is ourselves,” Burns went on to say. “When you’re led by engineers and scientists, you tend to believe that your products speak for themselves – especially as you’re growing and re-investing in R&D, rather than marketing. That’s shifting now as we grow and take on professionals in marketing and business development who are much better story tellers.”

ISS’s technical roots are deeply planted under a highly sophisticated and robust operating framework called SecurOS. The system, from the outset, was designed to be interoperable with other hardware and software solutions in the security universe and has constantly been updated to do exactly that. However, almost at the same time, ISS software engineers wrote some of the first algorithms in the industry that could be defined as “intelligent video”. In other words, ISS’s video analytics were native to the SecurOS platform from the outset.

“This has allowed ISS’s integrator partners and their clients, the end users, not just some of the very best complete video solutions in the marketplace, but also a much easier and effective ability to implement projects. Fewer moving parts to integrate and fail. More of a seamless universe and a base of experience and execution developed iteratively over 25 years of experience and expansion.”

ISS has been fortunate to work with top clients in its chosen sectors, the top three of which can be described as: Smart cities, critical infrastructure and intelligent transportation. ISS also has excellent solutions and client relationships in airports, military/diplomatic, rail, financial services, ports and customs and commercial real estate.

“I mentioned earlier the importance of innovation and listening to customers. That’s not just lip service. We hear folks talking up and down the security industry about innovation. We ask them to show us their patents and they typically go silent. ISS has acquired 25 businesses over the past five years and continues to grow its portfolio.

“The old, analog world of security is shifting dramatically. It’s not just that it’s gone digital – that’s old news. It’s that technology, especially software, and even more particularly, algorithmic software, is the driver of the bus. The traditional managers of the industry who had backgrounds in the police, fire brigade or armed forces are being replaced by people with engineering and technology degrees from top universities.

“The only way to futureproof in a world of accelerated change is to have constant and institutional innovation. I’m happy to give you an example at ISS; we had four patents relative to the de-warping of a fish eye lens image. In simple terms, our software can “flatten” the image and then read and interpret its detail. In collaboration with our integrator and end user partners, we came to understand that we could use this technology extremely effectively in an Under Vehicle Surveillance System (UVSS).

“One camera with a broad lens could view the car approaching the checkpoint (and have our advanced ANPR analytics read its plate; our face and passenger algorithms see through the front window to observe who is in the car) and then scan the entire bottom of the vehicle, de-warp the picture and alert for anomalies. We’d have been happy to have used our software in someone else’s hardware. The only problem was: Nothing appropriate existed. So, we had to build it ourselves.”

You really have to see the ISS-UVSS to understand what Burns means. It has a beautiful form factor, is made of light, precision and high tensile aluminium and weighs little enough that it can be lifted and held by one person. It can be installed and working in hours.

“Leaving aside the poor UVSS offerings at the lower end of the market, the entrenched market leader was, well, literally entrenched,” he explained. “These were real hardware people who built an under vehicle system that was very large and took two to three days of civil works and ripping up pavement to install.

“Then the software, more often than not, didn’t work – these people really weren’t and aren’t software people. ISS has totally disrupted this market segment now and as UVSS units are increasingly being purchased (especially in the Middle East), the ISS-UVSS has become the specified choice. One great example would be Qatar where the Supreme Council and FIFA purchased and installed 40 units to protect the eight World Cup Stadiums in and around Doha. Can’t get more ‘champion’ than that.”

ISS has maintained a market-leading position for both video management and analytics in Latin America and in the CIS region. At present, the company’s fastest growing markets are the Middle East and North America and ISS has either won – or is in the process of winning – projects in South East Asia, but has not yet made major investments in this region of the world

ISS has invested five years in building a wonderful team in the Middle East, led by Managing Director Sanjay Phatak. The company has been consistent, present, innovative, problem solving and patient. “The result has been trust from our partners in the region and a huge pickup of contracts and engagements,” Burns emphasised. “Across the region, our strategic partnerships with G42, MORO Hub, TAHAKOM and SAMI are leading to major works both in country and regionally.

“In North America, we were fortunate to have hired Matt Powell as Managing Director, a Senior Director at Convergint in the Transportation sector, but with broad experience in the industry. He has spent 2022 assembling a team of professionals and working on American messaging. We are expecting superior results from this investment in 2023 and beyond.”

While ISS is an American business – headquartered in New Jersey, with production and R&D facilities in Florida – the company’s 350 associates worldwide represent more than 37 nationalities and speak most major and some minor languages. This gives ISS the strategically critical ability to be “local” in the markets where it does business. The company worked out decades ago that success would not be achieved by charging in around the world with an American solution and forcing it on the client.

“We respect local culture, practices and habits. In every region we operate in, we have last mile software and engineering support to hone ISS’s products to local taste. Globally, we operate a ‘federated’ structure, where local leadership really drives the products and services to their own markets. The success of this business structure was particularly evident during 2020 and 2021 where ISS continued to grow.”

ISS has always had an open door policy on technology partnerships and has built its software to reflect that principle. The company’s most important partners remain its customers, integrators and distributors. ISS may talk or educate end users but, without exception, it uses the integrator channel to perform its work. Integrators vary by country and region but ISS has a close to 95% renewal and continuation rate with these relationships globally.

“Our key distribution partners worldwide are Anixter/Wesco and Ingram Micro, with a variety of others locally,” Burns clarified. “That all said, I would say that we highly value our special relationships with DELL and Intel worldwide.”

Burns considers organisational size and footprint as vital factors in such a competitive market. Not only do these factors help present ISS as a serious business, it allows the company to innovate and tell its story more broadly. ISS has used its profits and free cash flow to re-invest in its technologies and R&D; Burns explained to ISJ that it has consistently spent between 11% and 15% of revenue per year, in the past five years, on R&D: “At the end of the day, products and customer satisfaction is what speaks volumes about a company.

“In five years, I only know that we will want to remain a high growth (20–30% average per annum) customer-centric, innovation-driven company, as we are today, even though we believe that it’ll be at around $250 to $300 million in revenue and closer to 1,500 associates worldwide.

“We would like to be making acquisitions to accelerate our growth, but we have found it difficult to uncover a strong merger candidate. We continue to look actively. As such, our capital is being directed into our own initiatives, including finding joint venture partners who know certain market segments much better than us but may not have the range of innovative solutions to bring to their channels. One example is the development of an ISS hardware-software product called the “Soffit”. In brief, it is a pedestrian crossing system which dramatically reduces the incidence of crashes and deaths of intersections – the unit is on the cusp of release and we hope you’ll hear about it in 2023.

“Finally, ISS will want to maintain and elevate its team. I am proud and privileged to serve on a three-person board of directors with CEO Aluisio Figueiredo and Chief Innovation Officer Roman Jarkoi. We have had virtually no voluntary turnover at ISS these past ten years. On the software side, where iteration is the key to superior code, it makes ISS formidable; on the business side it leads to internal trust within our teams and external trust with our customers.

“We have also been blessed to attract an incredible array of Advisory Directors, currently five, who represent leadership across the security industry spectrum.”

This article was originally published in the January 2023 edition of International Security Journal. To read your FREE digital edition, click here.