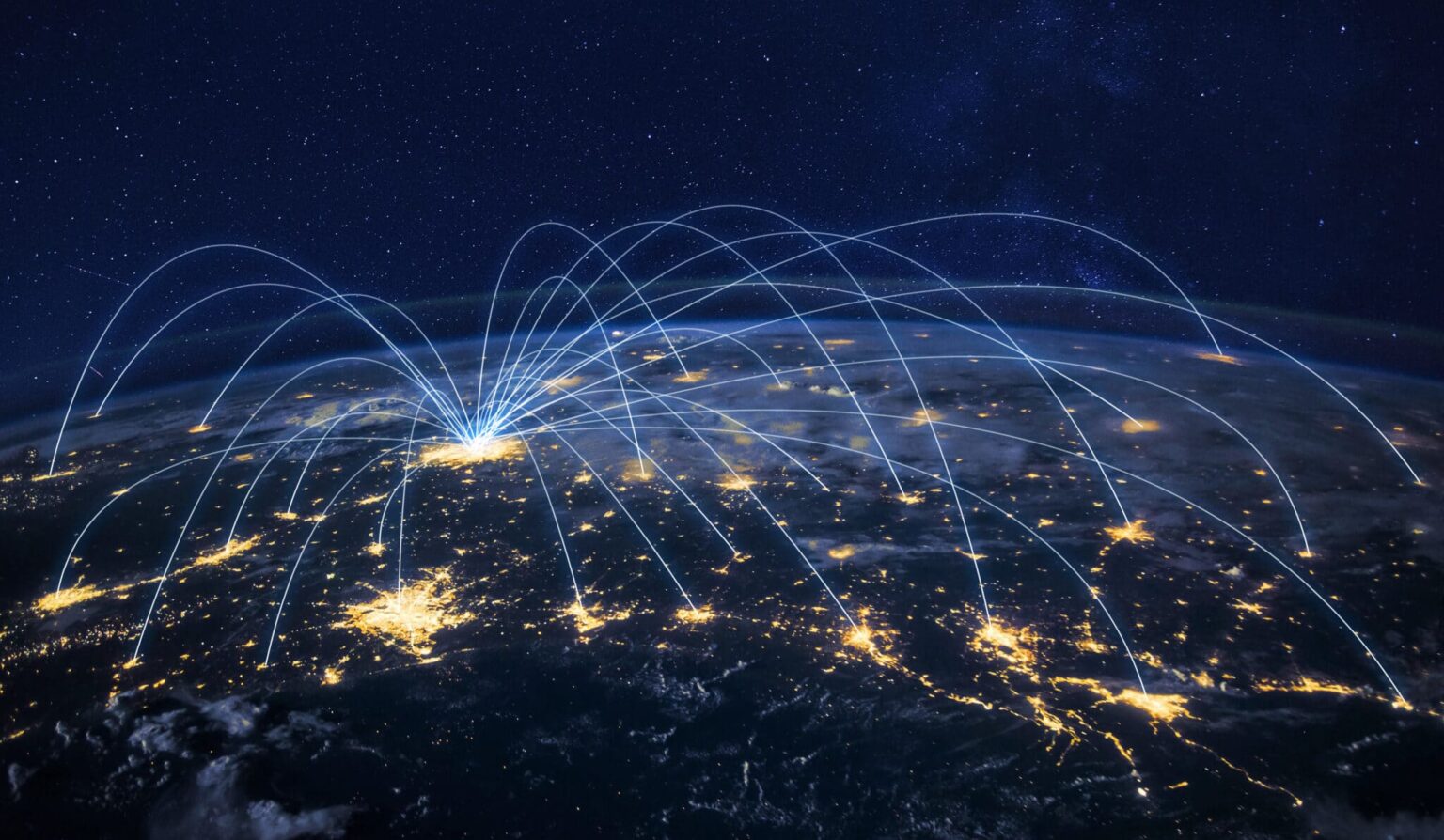 Integrated Control Technology (ICT) was formed in 2003 by Rachael and Hayden Burr. From day one, their vision was to offer a unified platform for access control, intrusion detection and building management. Today, the company is a leading manufacturer of unified and intelligent security solutions that enable organisations across the world to protect their people, operations and information.

Headquartered in New Zealand, ICT’s international reach is continuing to grow, with dedicated teams in the US, Canada, Australia, Denmark and Hong Kong providing local sales, support and services to clients and partners alike.

To learn more about the key benefits of ICT’s unified security solutions and the company’s rapid growth in the US, ISJ spoke exclusively with Damon Standish, President – ICT USA.

‘Great, you can start on Monday’

ICT incorporated its US entity in September 2011, with Standish making the switch from General Manager to President in October 2015. In the beginning, Standish explained that people were wearing many hats and were working hard to grow the brand.

“When I joined ICT in July 2011, there were about 30 odd people in total; I mean odd in both senses of the word because ICT has a truly unique, exceptional mix of people that have got us to where we are today! This is important because people are always the main thing behind any company.

“I started out in the security industry through my father. I worked my way through various aspects of the industry; everything from alarms and cameras to project management and installation.

“After piloting helicopters for some time, I ended up in Auckland, New Zealand because that was where the most opportunity was for what I wanted to do in security. I started at a distributor-type business and, during a work trip to New York, I got a call from Hayden, who I had previously been introduced to. He said to me, ‘Hey, what are you up to?’ and I said, ‘I’m in New York. I get back on Sunday’. ‘Alright, great,’ he replied nonchalantly, ‘so you can start at ICT on Monday.’

“Once I was back from the US, I met with him and his family and then joining ICT was a done deal. It was very attractive to me because it had that start-up feel to it. Fast paced, super interesting.”

What you have and what you know

When thinking about the main benefits of unified security solutions, efficiency takes centre stage. Having a piece of software that is capable of managing an entire system enables operators to learn easily whilst making it faster for them to find information. For the cardholder, having a unified system also means that the alarm can easily be controlled by using double badge arming and automatic disarming on gaining access to the front door.

“That one feature actually adds a layer of security,” clarified Standish. “This is because we can do things such as enabling two-factor authentication (card and PIN) when the alarm is armed, but then switching to card only for convenience once the alarm is disarmed; this means we can strike a true balance between security and convenience.”

For applications in banks, schools or retail outlets – three sectors where ICT truly shines – the unification of access and intrusion provides a personal security. Triggering a duress alarm can not only notify authorities, but it can lock doors down, keeping people from walking into life-threatening situations.

“Unification can provide a safety net in many environments. If you think about a bank, for instance, that’s an environment where duress alarms would traditionally be separate to access control systems. So, by deploying a unified system, not only do we get that duress alarm off to the authorities, but now we can protect the people that are in the secure area by denying access to go into a dangerous space.

“By leveraging what the security system ‘knows’ – such as how many people are in a building, where they are – we can do a wide variety of things through integration with building systems. We had a customer who used our Protege platform to control lighted signage at multiple retail outlets; it meant that when changes were made to opening hours etc., the change to signage hours could be done in one operation at the same time.”

Solutions with no limitations

ICT’s Protege WX platform has been designed for single site use of up to 128 doors and 32 alarm areas or partitions and up to 10,000 users or cardholders. With software residing on the controller itself, Protege WX is programmed and administered via a web browser. Not only does this ensure there is no software to install, there are no ongoing fees and it is easy to program.

Protege GX is the company’s server-based enterprise solution that takes the same base hardware and allows the system to scale infinitely. Running on Microsoft OS – and using MS SQL for the database – there is a Windows thick client that provides a rich user experience and a web client that can be used for user administration and reporting.

ICT is also in the process of rolling out its new cloud-based platform which maintains the simplicity of Protege WX but provides multi-site support and an extended feature set.

“I really like Protege WX because, while it is a simple, cost effective system, it is still very capable,” explained Standish. “On the other hand, Protege GX unlocks a huge feature set and countless integrations with camera systems, wireless locks, elevators, HR systems and pretty much anything else you can imagine.

“The important thing from an integrator’s point of view is that the hardware is all the same. It’s all wired up the same way and most of the base programming is the same. ICT’s Protege platform gives you a cost-effective solution that works for a single door right through to several thousand doors.

“With Protege GX, there are no limitations as far as users or doors are concerned. We can have multiple controllers, multiple sites. We have sites globally that run servers that operate their whole international platform. We’ve got over two and a half thousand software options as well as a bunch of custom integration tools so our integrators and end users can extend the functionality of the software without necessarily having to get us involved.

“In a multi-family building, for instance, ICT can provide one interface for everything, from the telephone entry system, the base building access, elevator control, apartment locks and perimeter security – and a single piece of software for the end user.”

There is no question that the cybersecurity of products and solutions has been a more important factor in recent times, particularly from an enterprise perspective. In many ways, it’s scary to think that this had somewhat gone unnoticed for years.

“For a long time, a big focus was put on the security of computer and network systems, while physical access control remained largely unchanged with 1980s technology,” added Standish. “In the last five years, we’ve seen a big shift from insecure 125khz card and reader technology to MIFARE and DESFire technology.

“We’re now also starting to see a shift to more secure reader interfaces, such as OSDP; our readers are OSDP verified, but if you use them with our controllers, we also have a proprietary interface that offers a higher level of encryption.

“Along with this, we are seeing an increased uptake in mobile credentials which, while convenience is a key selling point, also offer better security. I’m sure you’ve seen it yourself where someone borrows someone else’s access card – try borrowing someone’s phone! The cybersecurity aspect has extended to the software interface and even the controller hardware. It’s one reason we design and manufacture our own hardware, so that we are not having to work with 30-year-old technology.”

ICT is also seeing a growing interest in cloud-based solutions. With its cloud platform release still pending, Standish remained tight-lipped but did urge anyone interested to reach out to the team. He admits that while a SaaS model doesn’t fit everyone’s needs, it does have its place and, for some, the appeal is having someone else manage the server and take on some level of cybersecurity responsibility.

Feet on the ground

Standish told ISJ that, in the early stages, the US team took a scattergun approach of trying to develop the company’s dealer network and spreading the word to this new and exciting market.

“We were well known in the Asia-Pacific region, but no one had ever heard of us in the US. So, it was hard and it took a while to get the traction we were looking for. That being said, we’re on it now and have just more than doubled our sales team here, enabling us to focus a lot more and get our feet on the ground in the local areas.

“We’ve got a decent sized dealer network as well and this showed at GSX. It’s a really nice feeling to know that we’re trusted and we’ve actually got people seeking us out now. It’s one thing to have a great product and it’s another to have a good team of people behind it to support it.

“Without that dealer network, end users are not necessarily going to get a good experience. This is why we formed the ICT Dealer Network in the early days when I started. We actually got a bunch of our existing integrators involved in it and said, ‘Hey, what do we need to do here? What makes a good dealer network?’ One of the key things that came out of this was quality training.

For Standish and ICT as a whole, training is key to ensuring a positive experience for the end user. With Protege GX, the company has a requirement for training and, in Denver, it has its own classroom. “It’s a dedicated setup for eight people at a time,” he added.

“It’s a three day training course which is very much hands-on; most technicians are tactile and don’t want to sit and watch a presentation. We’ve designed this training so that they come out of it confident and capable of showing end users how to get the best out of the system.”

As far as Protege WX goes, it’s a simple, easy to use system and the company offers online training which is both free and optional.

To find out more, visit: https://ict.co