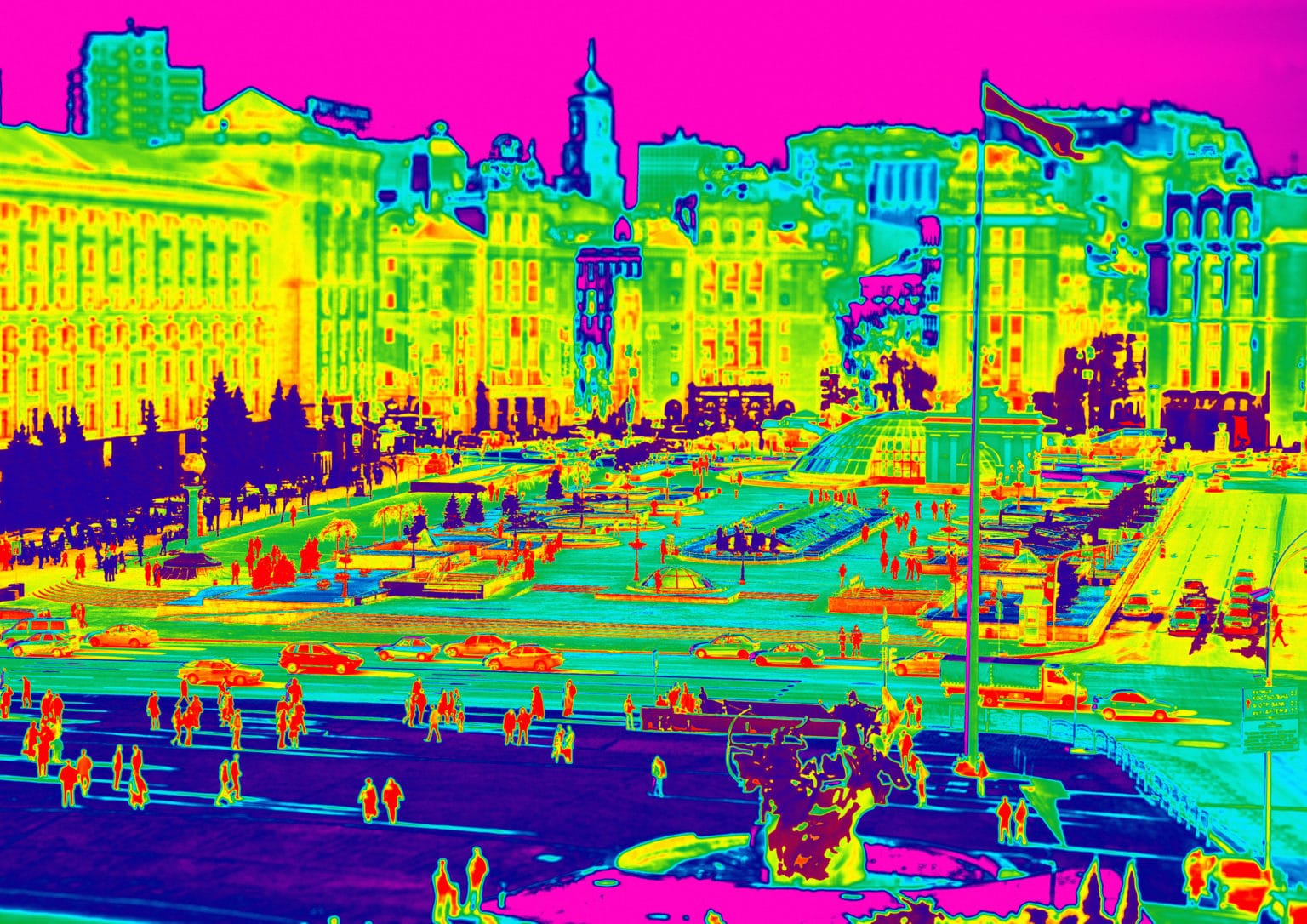 Philip Ingram MBE details the history of thermal imaging technology and what its modern-day applications are.

Nestling on the outskirts of the picturesque town of Malvern is an establishment that has been the centre of many innovations with roots firmly embedded in defence research, that have come to be commonplace outside defence today. Now called the Defence Scientific and Technical Laboratories (DSTL), in the 1970’s it was known as the Royal Radar Establishment (RRE) and the scientific research that has happened in this highly classified location and its sister locations has been and remains, ground-breaking.

It was here in 1974, that a scientist called Tom Elliott invented the TED or SPRITE detector. TED stood for ‘Tom Elliott’s Detector’ and SPRITE for ‘Signal Processing In The Element,’ a breakthrough in thermal imaging and his invention formed the backbone of the Thermal Imaging Common Modules or TICM, used by the British Military since the 1980’s.

However, these early detectors had one requirement that added significantly to the cost and complexity, they had to be kept very cold to operate and this required liquid nitrogen or highly compressed air-cooling mechanisms.

In essence the SPRITE detector was a photoconductor device focused on the infrared wavelengths associated with heat. Knowledge of those wavelengths was nothing new. German-British astronomer William Herschel was the first to discover the presence of infrared, when in February 1800, while using a prism to study the visible light spectrum, Herschel found he could place a thermometer just beyond the red-light end of the spectrum to detect the existence of a hitherto unknown invisible band, warmer than any of those in visible light, which today we call Infrared.

Tom Elliott’s invention was by no means the first thermal detector, a Hungarian scientist called Kálmán Tihanyi effectively created the first ‘night vision’ infrared video cameras for use in British anti-aircraft defences in 1929. He was also responsible for pioneering cathode ray TV technology.

However, it was Tom Elliott and his team who produced the first solid-state detectors enabling greater utility. It wasn’t until the 2000’s that technology moved on to a point where cooling wasn’t required and thermal imaging became affordable, it has only been a few years since the mass production of thermal imaging technologies has reached a point where handheld thermographic cameras are now an accessible option for most civil applications and/or hobbyist use. Part of the issue before mass production was that the technology, having been developed for military purposes, was subject to many technology related export controls, making the mass production and sale of devices more difficult.

How does it work?

So how do these detectors work? An infrared, IR or thermal imaging camera works by detecting and measuring the infrared radiation emanating from objects – that can be reflected IR light or IR emitted from an object through its heat signature. That infrared radiation passes through a special lens, commonly made from germanium or zinc selenide and is focused on a detector containing a sensor array able to detect those frequencies. The lens cannot be made of glass as it is opaque to IR frequencies.

The sensor array is constructed as a grid of pixels, each of which reacts to the infrared wavelengths hitting it by converting them into an electronic signal which is converted to a colour map picture showing the different temperatures in different colours on a screen the human eye can see easily. That display usually has warmer components or regions showing up as reds, oranges and yellows, while cooler parts will typically be shown as purples and blues and green usually indicates areas that are roughly at room temperature. Of course, thermal cameras are also useful for identifying heat sources in very dark or otherwise obscured environments.

In order to put the thermal image into visual context many cameras take a simultaneous visual frequency, ‘normal’ picture and then overlay the two to help quickly identify specific problem areas rather than the picture just being made up of heat gradients and blobs. Any thermal camera works best where there are greater differentials in heat signature, so a person outside on a cool night will stand out better than a person in the day against a hot wall but sensors are so sensitive today that differentials of fractions of a degree can be detected easily.

What is it used for?

In military terms – many surveillance and sighting systems use thermal imaging capabilities and some at the highest levels of resolution can detect where vehicles or aircraft have been parked many hours after they have moved. This is all part of what is called Measurement and Signature Intelligence or MASINT and is currently being used to monitor activities in Ukraine from long endurance military drones, aircraft and satellites.

More traditional uses include engineering and environment applications, use by the emergency services in firefighting, or disaster response search and rescue as well as by the police in pursuit. We have all seen the TV pictures of police helicopters directing patrols on the ground, at night, to where someone is hiding in woods or has fallen and would otherwise be easily missed.

Almost all business premises today deploy security camera technologies in one form or another. In recent years, it has become increasingly standard practice to rely on thermal imaging surveillance equipment for the best possible results in terms of protection, identification and return on investment.

Thermal cameras shouldn’t be mixed up with infrared cameras that rely on an active infrared-light source reflecting off objects differently to visible light. These are picking up reflected wavelengths rather than wavelengths emitted through temperature differentials.

Thermal security cameras reliably perform very well in low light and poor visibility areas, as well as providing the ability to strip away much of the visual camouflage – such as dense foliage – that’s often found close to offices and warehousing. In addition, thermal imaging CCTV cameras are often bundled with smart sensors and advanced analytics technology, helping to reduce the number of false alarms and allow combined multi-function security and fire detection capabilities. This is a trend that is likely to increase in the future.