Exclusive: Creating a ring of steel 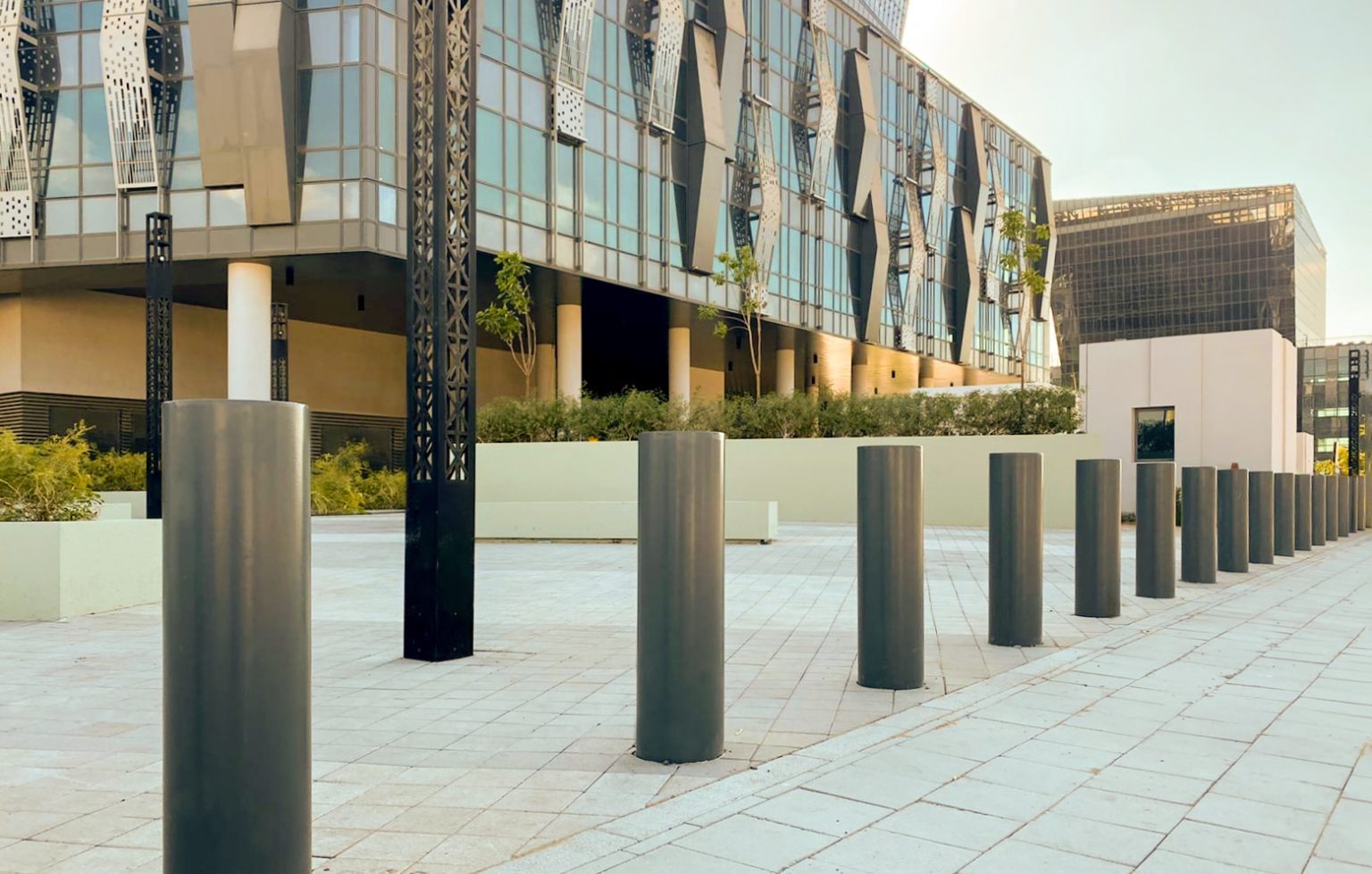 HVM Bollards from Frontier Pitts Middle East have been deployed at the biggest Media Zone in Abu Dhabi.

The Media Zone in Abu Dhabi is located within the southern part of the new Yas Island Development. The state-of-the-art, 3.2 million square feet campus will house 10,000 professionals every day. With the ground floor at 95,000 square metres, the development houses state-of-the-art offices, TV studios and retail. It is the ideal home for entertainment and media businesses.

Frontier Pitts was specified for the project by National Security Consultants, who required not only a product, but an integrated turnkey security system that was manufactured and installed by a specialist renowned for its British engineering prowess. Frontier Pitts then worked closely with its Agents and the Contractor to complete the project installation.

The success of this installation further emphasises Frontier Pitts’ unmatchable capabilities in not only meeting, but exceeding the requirements of large, overseas perimeter security schemes. With on-site training and support leading a team of engineers, the Frontier Pitts Middle East team demonstrated dynamic and efficient delivery of such a key project, especially during a difficult time with COVID restrictions.

Frontier Pitts is the British manufacturer of Perimeter Protection HVM (Hostile Vehicle Mitigation) and Security Gates, Barriers, Blockers, Bollards and Pedestrian Control Gates and Turnstiles. Its HVM Anti-Terra Range has been impact tested to the latest IWA14 International specification and the British PAS68 specification, which are the most widely referred to as the foundation of the UK’s elite VSB testing program. Other international impact test specifications include the American K12 and ASTM F2656-07 M50-P1.

In 2020, Frontier Pitts cemented its position in the Gulf region by opening Frontier Pitts Middle East with its office based in Abu Dhabi, United Arab Emirates. Through its history of Frontier Gates Systems and Pitts Security Gates, Frontier Pitts has more than 35 years of experience installing equipment in the Middle East. Frontier Pitts is at the forefront of the supply chain to most of the government states and critical infrastructure sites. Previous installations in Oman include the HVM Blockers and Barriers at the Oman Convention and Exhibition Centre, protecting the Crowded Place venue and HVM Gates for the Oil Fields in Rumaila.

Another installation in Abu Dhabi saw Frontier Pitts protect The Founder’s Memorial with more Static Terra Jupiter Bollards installed with manual Terra Ultimate 180 Swing Gates (IWA14 7.2t at 50mph) providing the access points through the bollard line. Frontier Pitts was immensely privileged to have been awarded the contract to protect the memorial and thanks all the Agents for their continued hard work and support.

The opening of Frontier Pitts Middle East has allowed further growth and expansion in the region, with a dedicated team providing a focused presence and increased support to customers’ sites.

Frontier Pitts Middle East will be exhibiting at the 23rd edition of Intersec Expo in Dubai between 16 and 18 January 2021 in hall S3 stand C35 within the British Pavilion.