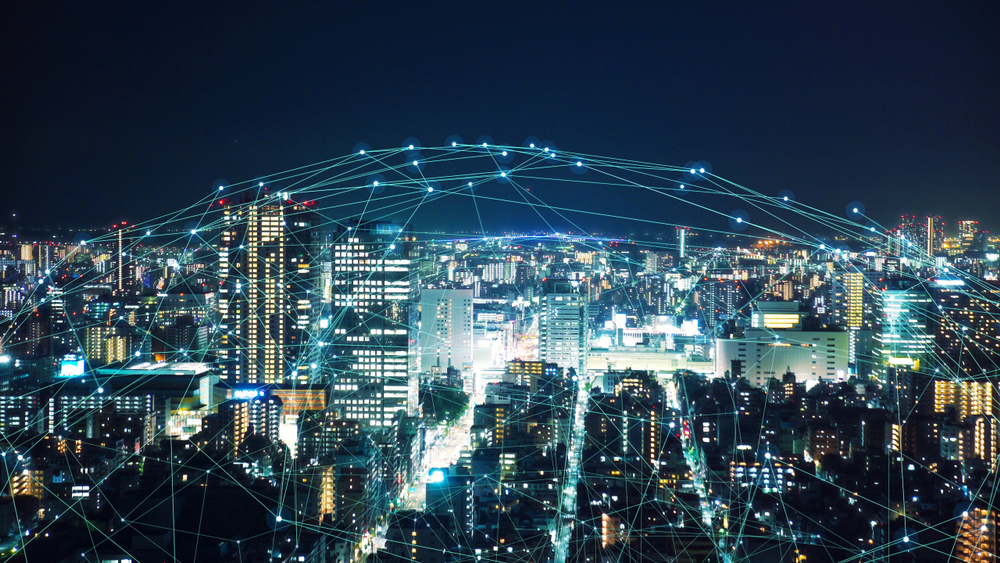 Paul Dodds, Country Manager, UK&I, Genetec calls for a change in attitudes if the value of Smart Cities is to be realised.

The COVID-19 pandemic has certainly shone a light on the UK’s digital infrastructure. Many are now coming to appreciate just how we can better utilise technology to do our heavy lifting, so from occupancy counters in store to more automation in the warehouse to enable social distancing, we’re taking the leap we weren’t a few months ago towards being more digitally driven.

The fact that technology and automation has really come to the fore during this time has meant the concept of Smart Cities has been inspected with an ever more critical eye, as the interconnected nature of Smart Cities relies heavily on watertight integration not only with the smart solutions themselves, but the businesses using them. However, we’re still arguably not yet on a path to making the UK a nation full of Smart Cities – so what needs to change before we reach this status?

What can Smart Cities offer

First, we need to define the concept to understand what we’re working to. In 2013, the then UK Department for Business, Innovation and Skills (BIS) considered Smart Cities a process rather than a static outcome. This included increased citizen engagement, hard infrastructure, social capital and digital technologies combining to make cities more liveable, resilient and better able to respond to challenges. Alternatively, IBM would define it as “one that makes optimal use of all the interconnected information available today to better understand and control its operations and optimise the use of limited resources”.

In essence, Smart Cities perform optimally by bringing all its infrastructure together to form a cohesive unit. Then, if something does go wrong or an incident occurs, it is better able to combat these threats and recover more quickly. It creates a response that is more resilient than a siloed city with separate divisions between software which act independently instead of cohesively.

Considering this, are Smart Cities within touching distance, or should we simply look to follow a more digitally driven future, incorporating IoT and enhanced connectivity over service integration and ecosystems?

At Genetec, we believe it’s within reach and technology holds the potential for enhanced economic output and the creation of urban environments people want to live in – but only if it is used and deployed intelligently. To achieve this, we need to break down siloes and target specific areas to achieve better integration and communication between verticals. Here are our thoughts on how key sectors could adopt a more integrated approach and move us closer to the panacea of Smart Cities.

Retail will be a key driver in the UK’s economic recovery, yet it’s still riddled with problems. Business rates and rents aside, another key issue is retail shrinkage. According to the Centre for Retail Research, theft, fraud and losses from other retail “shrink” cost the UK £5.4 billion in 2019, with retail crime up 8.7% to £4.8 billion. Whilst these numbers may look very different this year, retail now has the new issue of occupancy, with vendors needing to ensure social distancing is complied with. Whilst this has generally involved security conducting a one in/one out policy, this is a manual task and could instead be taken on by technology. Occupancy counters will become more prominent; alerting staff to potential breaches and advising on remediations. Freeing up those operating the door means they can be utilised in safer areas of the store and the occupancy counters prohibit the need for refreshed security systems, as they generally are compatible with existing infrastructure.

The next step will be for all retail security measures (occupancy, CCTV catching crimes, shrinkage and point of sales integrations) feeding in to one central database which will alert the police to crimes – documenting dates and times. This is not possible yet, but if we are able to break down siloes then perhaps it might one day be feasible.

Despite the obvious importance of utilities as part of our critical national infrastructure, it’s strange how many services are public facing. Banks hide money in well secured vaults, yet utilities hide in plain sight; from cabinets on every high street to water pumps tucked away behind gates; arguably, utilities companies are leaving themselves vulnerable. Internet or power cabinets don’t have CCTV monitoring them – if someone wanted to cause havoc, all they need to do is take a heavy object to one and they’ll disrupt multiple peoples’ days and cost firms simultaneously.

This lack of protection needs addressing before we enter the next wave of Smart Cities. Take traffic cabinets which control how traffic flows throughout the country – these are opened by a lock and key and are therefore not hard to prise open. If damaged they could cause deadlock – which in congested cities has the potential to cause not only damaging delays to businesses and consumers alike, but also put pressure on other modes of transport. If this were to happen, whilst humans would quickly work out if all the traffic lights were green and find a short-term solution, driverless cars may not have the same intuition. If they are being told to go, it would immediately cause gridlock and possibly even collisions; as their computers would be overwhelmed – all due to a compromised cabinet.

For utilities to support Smart Cities, their performance shouldn’t just be feeding into central databases, their uptime and security must be too. This means addressing how we access, audit and maintain infrastructure, through to identifying if power is lost or water leaking. Once these metrics are more readily available then cities will have real-time insight into how the district as a whole is functioning, or where potential flare-ups could occur and the drivers behind this.

How people move around is a key component of Smart Cities and how people travel has changed considerably over the past five years, with mobility as a service (MaaS) taking off, thereby moving us towards a more digital approach. With the ever-increasing number of vehicles on the road, it’s important for transport authorities to work together to spot those driving in bus lanes through to more serious offences quickly and efficiently. Automatic number plate recognition (ANPR) and CCTV feeding into VMS systems will be key to this, helping to flag alerts in real-time. This could be alerting TfL of someone on the tracks through to if another lockdown were to occur, ensuring only front line staff were on the roads. Integrating technologies which can do the heavy lifting which humans don’t have the time or patience for could help streamline the transport network moving forward.

Today’s crime landscape is very different to what it was ten or twenty years ago – it now encompasses a wider scope, with criminals operating on an increasingly sophisticated scale. Plus, with the advent of armchair criminals, hacking their way to seize valuable data, forces now fight wars on a physical and virtual front.

When you think about a police control room, it’s not an unsophisticated set-up. CCTV, automatic number plate recognition feeding into DVLA records, updated criminal records, they all go into a central database. The police can then access a wealth of data, yet still rely heavily on old-fashioned personal intelligence – those who were involved in cases and can advise on the criminals, what they did and what happened to them. Sometimes these criminals have moved and therefore are under the jurisdiction of another force, meaning the wealth of knowledge which some officers may hold will no longer be accessed as this personal intelligence can’t always be documented and therefore shared.

We therefore need to ensure these small value-adds don’t get lost and move away from the traditional approach to create a fluid and co-operative ecosystem. Smart City technology can be a key part of this, by bringing together information from disparate databases (one for witness statements, one for ANPR etc.) into one, single pane of glass. Criminals moving around could be recognised and stopped more readily, increasing crime prevention rates, whilst saving time and money. It also has the benefit of enabling more police to be where they’re needed, instead of pulled in all directions attending crime scenes which could, in theory, have been prevented.

Smart Cities will never come to fruition if we don’t find a way to break down the siloes which so clearly demarcate every aspect of privatised and public business. We need to change our attitudes and behaviours to form a new, more informed ecosystem. The technology is out there and ready to use, it’s just about bringing it all together and changing our approach to crime which doesn’t end with an invisible line separating one force from another or different verticals.

We should be moving to a system where computers do the heavy lifting, with humans there to make decisions, to help drive an efficient outcome. We’re making progress, but for us to truly achieve smart status, we need to start integrating verticals better and adopt more of a ground up approach to facilitate true success. If we don’t do this then the reality will be fairly Smart Cities, which doesn’t exactly have the same ring.