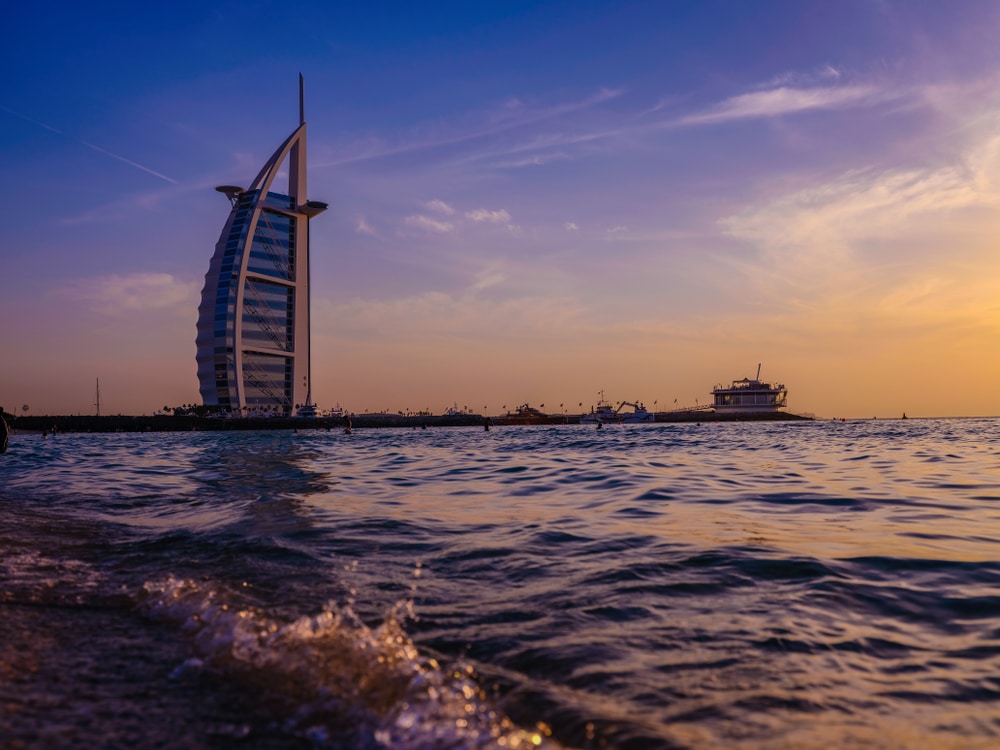 Timothy Compston focuses on the future of the Middle East security market and the growing number of evolving threats it faces.

There is little doubt that the Middle East is a dynamic region of contrasting fortunes and security requirements. On the one hand it is home to some of the world’s most advanced and prosperous economies, where technologically advanced video surveillance and joined-up solutions such as smart cities are the order of the day, whilst on the other hand there are areas of instability and conflict which, not surprisingly, are throwing up major security challenges and, correspondingly, the need to adopt measures like explosives detection, hostile vehicle mitigation and even counter drone defence.

With Intersec 2020 at the Dubai World Trade Centre (DWTC) (19-21 January) fast approaching, new research commissioned by the organisers Messe Frankfurt from 6Wresearch sheds some light on the future trajectory of the region’s security market. Key takeaways from 6Wresearch’s findings include: the forecast that the Middle East’s commercial security market will be worth US$8.4bn by 2025. Added to this, the market is projected to register a 16% compound annual growth rate (CAGR) over the next two and a half decades.

Outside of 6Wresearch’s analysis, when discussing regulations in the context of video surveillance, there are several factors that security vendors working in the Middle East believe are helping to shape the latest CCTV deployments. For example, they point out that we are witnessing a domino effect as authorities move to stipulate recording periods for video surveillance and ever higher camera resolutions and then, at a wider level, rule that cameras are mandatory for specific applications. Taking Dubai as a case in point, SIRA (Security Industry Regulatory Agency) has updated its regulations to require higher resolution and more detail. To achieve this, they have set two megapixels as the minimum resolution for cameras with 31 days retention for the associated storage. Also, in the UAE, for Abu Dhabi – where regulation is the responsibility of the ADMCC – under the V5.0 standard all cameras must be IP and at least two megapixels with retention times of up to a maximum of 180 days.

With the emergence of smart cities, the joined-up thinking here is a good illustration of how security requirements are becoming part of a ‘bigger picture’ approach to keep the Middle East’s urban centres running smoothly and safely. Not surprisingly, many security vendors are keen to take a piece of this fast-growing pie. Where the Middle East and Africa is concerned, the smart cities market is expected to double from US$1.3 billion in 2018 to US$2.7 billion by 2022, according to a report released by KPMG to coincide with the sixth annual Arab Future Cities Summit.

On the ground, AI (Artificial Intelligence), biometrics and video surveillance are now being brought together to deliver powerful, intelligent solutions. Looking specifically at projects in the Middle East, it is interesting to reflect on the announcement by Dubai Police at the start of 2018 that under a new AI network, thousands of video surveillance cameras from Dubai government agencies are now to provide a live feed to one central command centre. Once up and running the Oyoon (eyes) initiative will apply AI and facial recognition technologies to help spot crimes and incidents by analysing live video, with no human intervention and to enable the police to track criminals across the city by uploading their image into a database. Apparently, the initiative is being phased in as part of the Dubai 2021 Vision of a smart city.

The enthusiasm for smart cities in the region was also much in evidence at the previous edition of Intersec (2019) where providers were keen to extoll the virtues of their smart city solutions. A case in point was Dahua with the high-profile launch of its ‘Heart of City’ (HOC) strategy to overseas markets. During the show the General Manager of Dahua Technology Middle East FZE, Xin Chen, explained the thinking behind the strategy and how it fits in with safe city trends and safety/security requirements in the region: “Actually ‘Heart of City’ is the latest concept for a safe city management platform. There are four capabilities: full sensing, full computing, full ecosystem and full intelligence. We can say that it is a city management engine for the latest safe city consultants and urban consultants.” Xin Chen confirmed that HOC is built around key technological advances like IoT (Internet of Things), AI (Artificial Intelligence) and deep learning: “We can see that a CCTV camera is one of the sensor elements of IoT. With HOC we are looking at using AI cameras, facial recognition and ANPR cameras to detect human faces and vehicle license plates and trying to manage this through a system for the police, for government entities, to improve the security levels of cities.”

No analysis of the prevailing security landscape in the Middle East would be complete without mentioning cyber. A recent study by MarketsandMarkets notes that the size of the Middle East cybersecurity market is expected to nearly double from US$11.38 billion in 2017 to US$22.14 billion by 2022, at an estimated Compound Annual Growth Rate (CAGR) of 14.2%. Touching on the major drivers for growth here, MarketsandMarkets says that these include: the need to mitigate IT security risks, rising instances of enterprise targeted cyber-attacks and threats and the proliferation of smart city and digitisation projects. Over recent years, ransomware, malicious software designed to block access to IT systems and/or critical data, has been in the headlines and the Middle East has not been immune from this attack vector.

Interestingly, when a June 2018 report by Trend Micro spotlighted ransomware figures for the first quarter of that year, the UAE accounted for 2.4 million of the ransomware attacks detected globally. Also on the cybersecurity front, rewinding to 2010, it was in the Middle East that the Stuxnet malware first emerged to target industrial control systems, allegedly with the intention of disrupting Iran’s nuclear facilities. This was followed, over the next two years, by hacks deploying a range of computer viruses, aimed at, among other things, the Bandar Abbas electricity supply company and the Kharg Island oil terminal in the Persian Gulf – essential to the country’s oil exports.

Leaving the virtual world behind, there are emerging physical security challenges that are exercising the minds of Middle East security professionals. One of these is the best method to combat the danger posed by the soaring number of drones or UAVs (Unmanned Aerial Vehicles) in our skies when they accidently stray into restricted areas or are flown with ill intent. In the field of aviation we have seen at first hand the disruption that even small drones can cause both inside and outside the region, with London’s Gatwick suffering days of disruption and, back in February, at Dubai International Airport a drone sighting resulting in flights being suspended for half an hour. Beyond the tightening of regulations, such as drone registration and training, specific counter measures are now being rolled out. Potential routes to tackle rogue drones are wide ranging and include: geofencing technology that creates virtual fences within drones to limit the air space they can fly through; providing an early warning of any drone intrusion with a range of detection technologies; identifying the location of the operators; jamming signals sent to the drone; firing lasers; hacking into and taking control of drones and firing nets from net guns (or from other drones).

Away from airports, other sectors are rushing to ramp-up their counter drone solutions. The oil and gas industry, which despite moves to diversify still represents a significant proportion of the region’s wealth generation, was in the firing line recently. Just how vulnerable large-scale critical infrastructure sites like oil refineries are to drones, when they are deployed as weapons of war by rebel groups, terrorists and state actors, was brought into sharp relief on 14 September when Abqaiq – the world’s largest crude oil stabilisation plant – in Eastern Saudi Arabia and the Khurais oilfield, which produces one-million barrels of crude oil every day, were targeted simultaneously by surprise attacks from the air. Added to this, at the more sophisticated end of the scale, the Saudi authorities say that cruise missiles were also involved in the carefully planned and extremely accurate strikes. In total 18 UAVs or drones were fired at Abqaiq and seven cruise missiles were launched at both facilities with the finger of suspicion being pointed at Iran.

Back on the aviation front, the scale of the security task is a daunting one. The International Air Transport Association (IATA) reports that in 2017 airlines across the globe carried 4.1 billion passengers on scheduled services – a growth of 7.3% year-on-year – of which the Middle East accounted for 216.1 million passengers or 5.3% of the total market. An ongoing issue for the sector is how to detect and deal with explosives and to ensure airport staff are properly vetted. Just over four years ago we witnessed an A321 Russian airliner breaking up over Sinai shortly after it took off from Sharm El Sheikh airport in Egypt, killing all 224 people on board. After much conjecture, by mid-November of 2015 the chief of Russia’s security services (FSB) – Alexander Bortnikov – confirmed that traces of explosives had been found in the plane’s debris. He suggested that a bomb, of up to 1kg of TNT, had been smuggled on board causing the plane to break apart in mid-air.

Of course, it is not just the incidents like Sinai which result in the loss of an aircraft and multiple fatalities that are having an impact on security, plots and failed attempts are shaping subsequent security measures too. Consequently, there is now a greater focus on electronic devices, liquids/gels, powders and footwear. To counter these challenges there are restrictions on what can be brought on board and the wider deployment of solutions that use CT (Computed Tomography) like the HI-SCAN 6040 CTiX checkpoint scanner from Smiths Detection to screen carry-on baggage. One aspect of airport security that has proved controversial due to privacy issues, especially when they first appeared, are full-body scanners – that can highlight objects under clothing – and to date some airports in the Middle East region like Dubai International Airport have ruled out their use.

Rounding off this look at the Middle East market, hostile vehicle mitigation measures to protect buildings and people in the shape of barriers, bollards, gates and blockers are also very much at the forefront of security innovations across the more troubled parts of the region. Key trends here relate to the deployment of more portable solutions and surface mount options with shallow foundations that can work in urban areas without impacting on other infrastructure under the roadway, for example. There is also greater demand for measures that can blend into their environment, especially to protect prestigious developments from attack. For more isolated locations with less restrictions, heavy-duty solutions are the order of the day.

This article was published in the January 2020 edition of International Security Journal. Pick up your FREE digital copy here