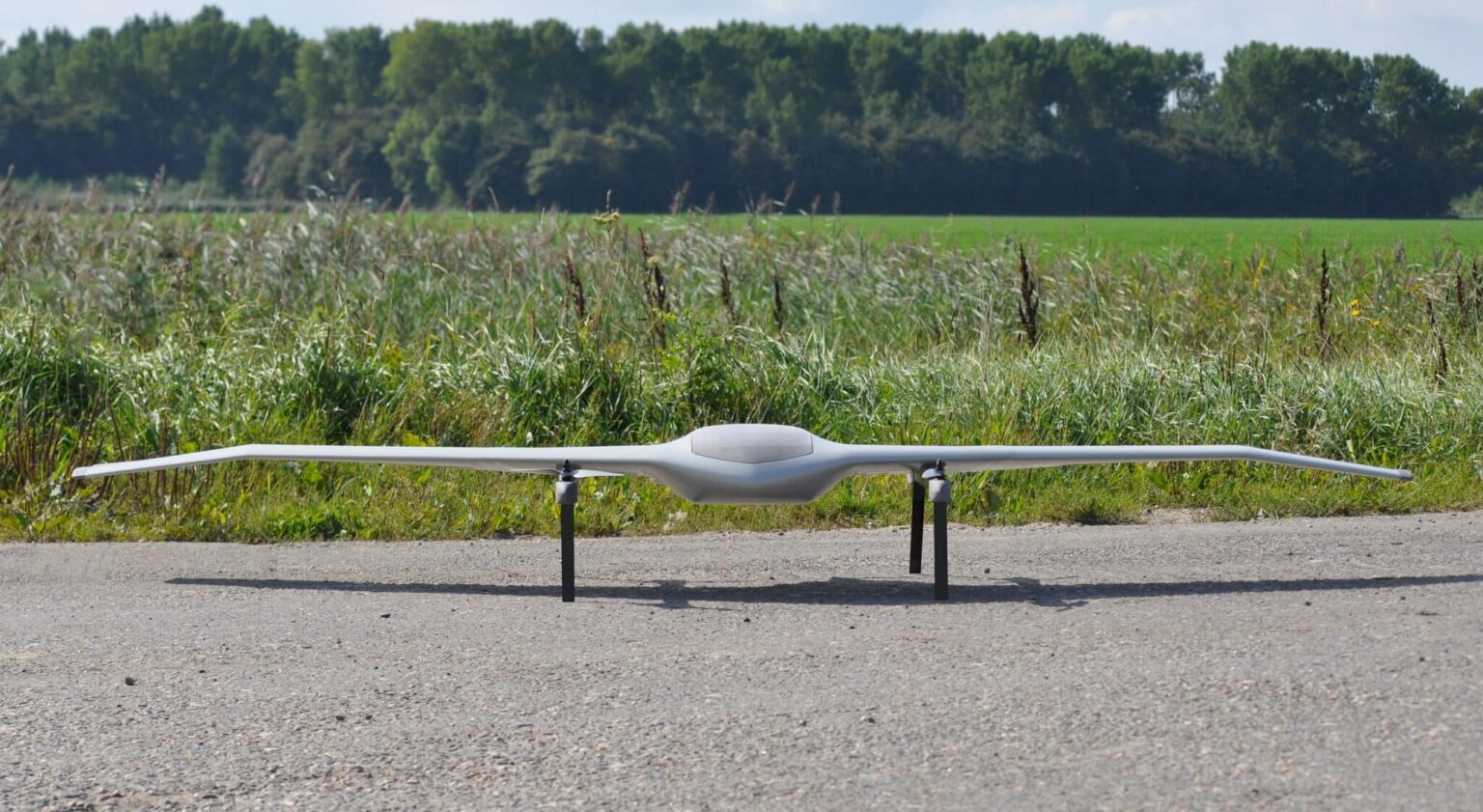 Dutch drone manufacturer DeltaQuad has started the public beta phase for their Evo model with dual payload and up to 4.5 hours flight time.

The rapidly growing use of drones in industries and governments worldwide means that users are demanding more in terms of performance and productivity. DeltaQuad has responded by launching the Evo, a fixed-wing electric UAV with Vertical Takeoff and Landing capability for mapping, inspection and surveillance. Designed with the latest insights in aerodynamics, the Evo is breaking old eVTOL flight times and mission limitations. Evo will be available in both commercial and military configurations.

“About two years ago, we noticed requirements for eVTOL drones were changing. We saw a rapidly growing demand for increased flight times and flexible payload options, with a lower total cost of ownership,” says Douwe Zeeman, CEO of DeltaQuad.

The company went back to the drawing board to incorporate these demands into a new design. Its innovative wing shape brings aerodynamic efficiency, improved wind resistance and the possibility to operate two sensor payloads simultaneously in a single flight. The Evo’s modular design also reduces maintenance costs significantly.

The two universal payload bays, with a total carrying capacity of 3kg, can house a vast range of sensors for surveillance, mapping, multispectral imagery and LiDAR. This makes the platform suitable for a variety of tasks and allows for easy customisation and integration of future sensors. The robust fiberglass, carbon and Kevlar airframe makes the Evo suitable for intensive use.

With Auterion Skynode onboard, the Evo system can connect to Auterion Suite, delivering data in real-time, while the drone is performing its mission. The Auterion OS which runs on Skynode provides a range of flexible connectivity options to enable data workflows, custom apps and AI for enterprise and government customers.

DeltaQuad has successfully manufactured their current DeltaQuad Pro model since 2017 for a variety of markets worldwide, from agricultural to defence and geospatial to mining.

For more information on the DeltaQuad and the public beta programme, visit www.deltaquad.com/evo