Empowering public safety in a challenging environment with Hikvision technology 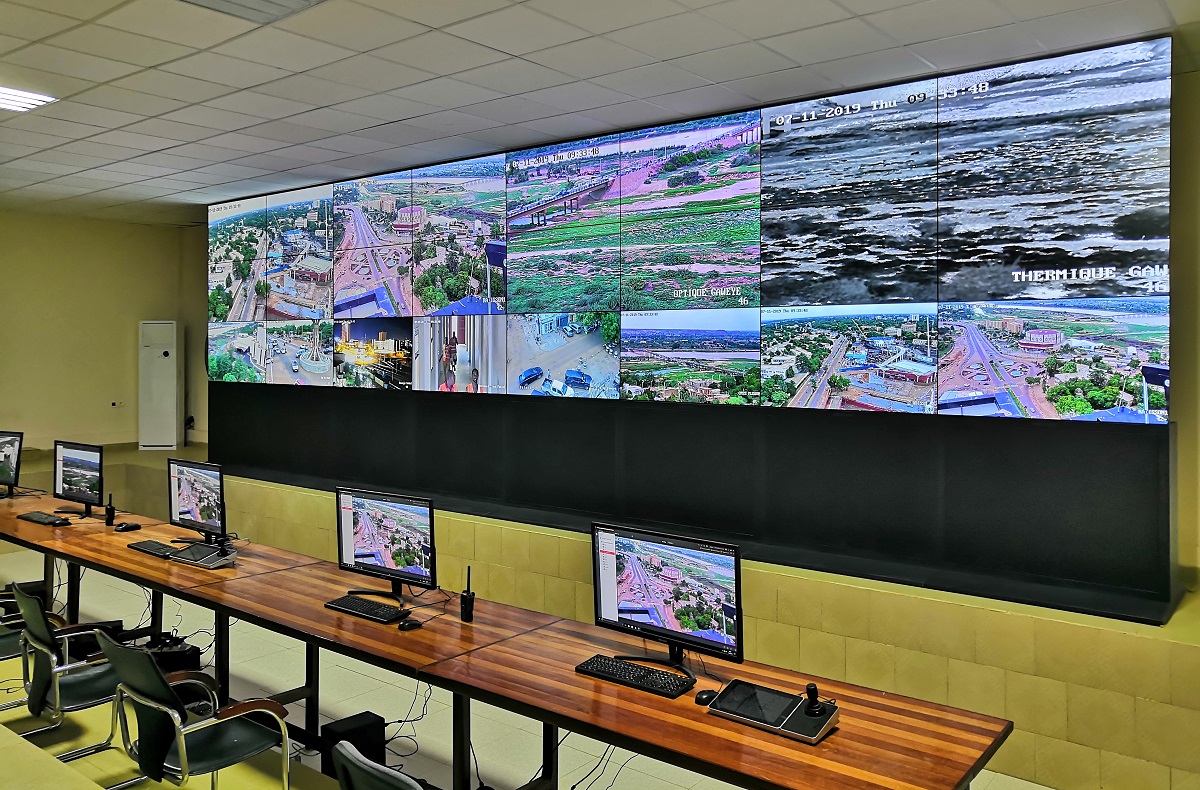 Sitting on the banks of the River Niger in West Africa is Niamey, Niger’s capital. The city faces some unique challenges to the safety of its local residents and visitors. To help tackle this, the government of Niger is working with Hikvision’s West Africa team to install a cutting-edge surveillance solution across the region.

Niamey has a history of trade. Its large and bustling open-air market – the Grand Marché – sells everything from cloth, to jewelry, to food and attracts an estimated 20,000 tourists a year. But while the city has long been known as one of the more relaxed capitals of West Africa, in recent years Niamey has received high profile attention due to criminal incidents in and around the capital.

So when it was announced that Niamey would host the 33rd Session of the African Union (AU) Summit for the very first time, the government of Niger decided to seize the opportunity to establish a complete urban surveillance network.

It was vital that this high profile event could run for the full five days without disruption, as Niamey would attract visitors and heads of state from across the continent. The city would also receive high profile guests from around the world, including key personnel from United Nations and World Trade Organisation.

Vincent Wang, Technical Support Engineer for Hikvision West Africa, says, “The AU Summit is a key event in Africa’s diary and always requires a high security presence. It gave us the ideal springboard for launching a complete surveillance solution that would provide security to those in attendance, while giving the city a robust set of tools to help prevent and manage security incidents long into the future.”

When seeking out the ideal surveillance solution for this project, the government of Niger learned about several similar project that Hikvision had already completed in African cities and was impressed how well the solution is running. “They wanted to emulate a project, so that’s what we set about doing.” says Vincent.

Vincent and the team worked with technology partners ITS Solutions to design a complete urban surveillance network in Niamey, which would protect residents and visitors across the whole city during the summit and beyond. Central to the solution was the installation of more than 100 Hikvision high resolution cameras for 24-hour monitoring of the city.

Along the 12 main roads and at key intersections throughout the city, the government’s security team installed the Hikvision DarkFighter 2MP Speed Dome Cameras (DS-2DF8225IX-AEL). These cameras are designed to deliver high quality images in low light environments. They are also equipped with license plate recognition, to identify vehicle violations such as speeding, even at mid-night with no light.

Meanwhile, Hikvision PanoVu Series 180° Panoramic + PTZ Cameras (DS-2DP0818ZIX-D/236) were installed at the entrances and exits of the main government offices and hotels, for reliable surveillance and overall protection of all visitors with panoramic view at the time of the summit. And the high speed PTZ can offer the function of fast detail positioning over the panoramic area.

In the control centre, security teams were given Hikvision iVMS-8600 management software in conjunction with large LCD screens, to display a live stream from all the city’s cameras. The solution also included mobile surveillance, allowing law enforcement or government officials to use a mobile device to see a live stream from any Hikvision camera when on the move.

The installation was thoroughly planned. “The existing local infrastructure provided some challenges,” says Vincent. “But we investigated it fully during our test phase, so we could design a surveillance network to suit.

“For instance, we found a few potential issues with the local power supply, but to remedy this we installed a UPS network to guarantee power to the cameras for at least two hours should the grid fail. We also assessed the local network infrastructure and the ambient lighting at night. This work was fully completed during our proof of concept several months before the summit.”

The African Union Summit was well received and passed without event. The Hikvision surveillance solution undoubtedly played a key role. “The people of Niger feel a certain confidence when talking about the summit,” says S.E Brigi Rafini, the Premier Ministre, at the government of Niger. “It couldn’t have happened without the support of Hikvision technology. The comprehensive security solution was central to the event’s success.”

Conseil de Bureau de Securité at the government of Niger, kept a positive attitude towards the future potential of this solution. “Thanks to Hikvision technology, Niamey now has a comprehensive city safety solution that will help us to both prevent crime and respond in real time when incidents do occur. It’s a landmark project for our country and the region as a whole and we are very interested to see how this innovative technology can help our city and our people to be safer.”