Dallmeier provides security in record time for the Gazprom Arena 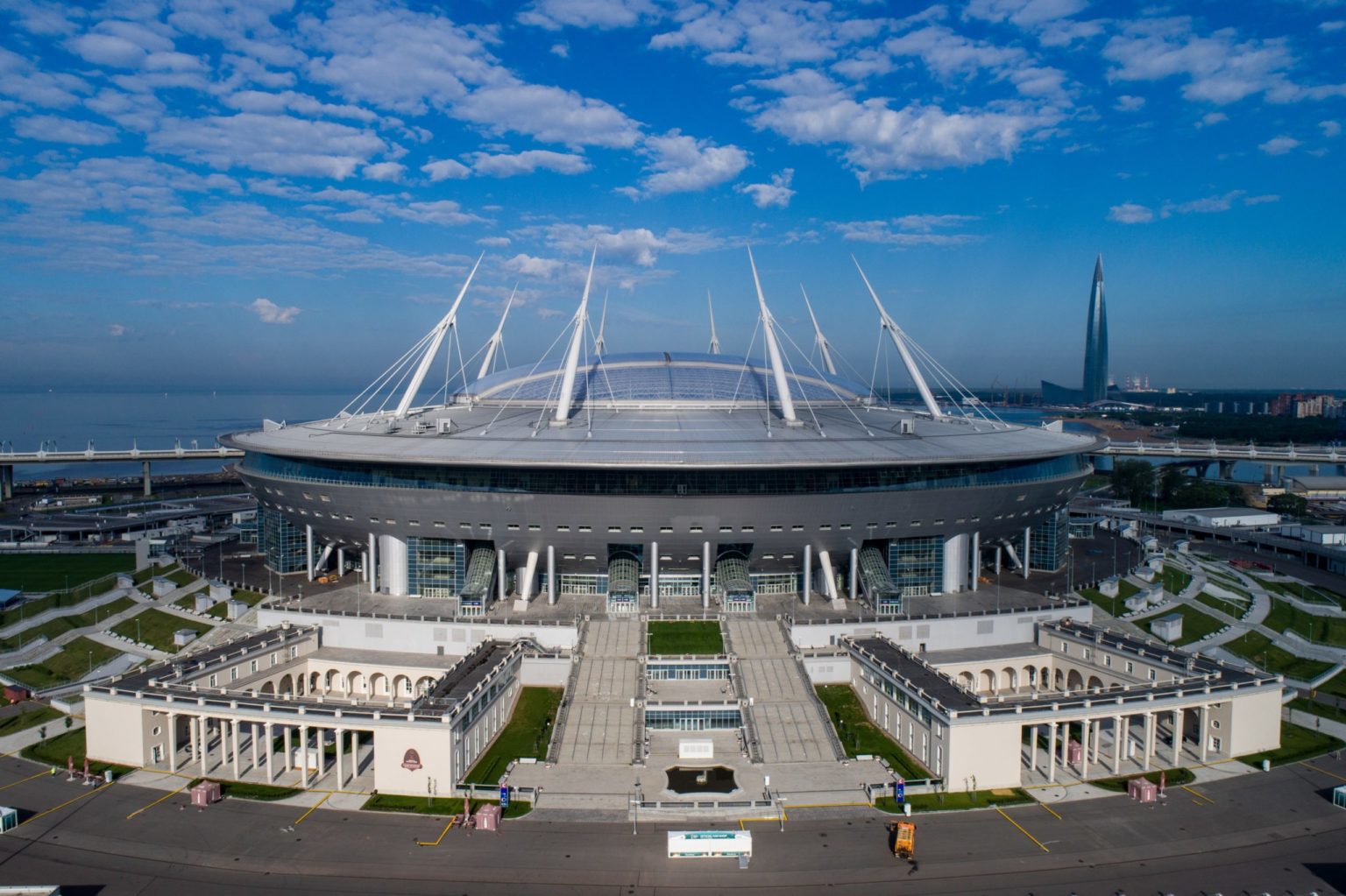 Since its completion in 2017, the Gazprom Arena has served as the home ground stadium for the Russian football club, Zenit St. Petersburg. And as one of the host stadiums for the 2018 FIFA World Cup and the 2021 Euro Football Championship, the Gazprom Arena must also satisfy the strict security regulations of FIFA, UEFA and ESSMA. When selecting the video security system, the managers responsible at Zenit therefore opted for a solution from the German manufacturer, Dallmeier. With its patented Panomera multifocal-sensor system, Dallmeier guarantees the security of many stadiums all over the world.

The objective was providing coverage with video security technology for the entire area surrounding the stadium, the entrance gate approaches, the rooms below grand stands and the grand stands themselves in one of the largest video security projects ever undertaken in a football stadium. Under enormous time pressure, a high-performance system had to be implemented in the stadium with a capacity of 60,000 fans and yet had to remain adaptable and flexible in response to changing customer wishes as the project progressed.

Traceability of offenders through minimum resolution

One requirement which from time to time presented the greatest challenge was capturing all areas of all the grand stands all of the time, so that unequivocal identification of offenders could be assured in all circumstances. In order to achieve this, the Russian Interior Ministry stipulated two key requirements for the video security system: Firstly, it must capture the entire grand stand area with a “minimum resolution density” of 250 pixels per metre (px/m). This also corresponds to the performance criterion defined in the globally valid standard DIN EN 62676-4 for video security systems for purposes of enabling identification of an unknown person. And secondly, the image frequency must not fall below a frame rate of 25 frames per second (fps). Because it is typically only the combination of the specified minimum resolution density and a fluid representation of events that can ensure incontestable evidence that is usable in a court of law.

The stadium solution from Dallmeier satisfies all criteria

In order to meet these stringent requirements, the security managers invited a number of vendors to present their solutions in advance at Zenit’s former home ground – the Petrovsky Stadium – to enable them to choose the right solution for the Gazprom Arena. A Dallmeier video security system has already been operating in the Petrovsky Stadium since 2012 and after a thorough evaluation of all the solutions, the operators decided to install a stadium solution from Dallmeier in the Gazprom Arena as well.

Because compared with conventional camera technologies such as megapixel or PTZ cameras for example, the patented Panomera multifocal-sensor system from Dallmeier can guarantee coverage of even the largest expanses with the stipulated minimum resolution density and frame rate. And Panomera systems continuously capture everything that is happening in full resolution and allow high-resolution zooms – both live and in the recording and by several operators at the same time. This enables stadium operators to track and reconstruct relevant occurrences in detail both live and after the fact.

Besides the technical superiority of the Panomera technology, another decisive advantage of the Dallmeier stadium solution was the innovative 3D planning approach, with which a digital reproduction of the Gazprom Arena was created. This makes it very easy to fulfil the requirement according to which at least 250 px/m must be assured literally “in every last corner”: colour coding in the 3D simulation makes it possible to see exactly where the value has been reached and where a correction should be made, perhaps by setting up in a another position or using a different camera model. A further major advantage of this planning approach is the extreme efficiency of the solution. For example, Zenit St. Petersburg is able to provide security on the terraces throughout the Gazprom Arena with fewer than 100 Panomera camera systems, covering all areas with at least 250 px/m and 25 fps. An alternative solution would have required a substantial four-figure number of conventional single-sensor cameras. Apart from enormously high infrastructure costs (masts, cables, etc.) this would also have generated a practically unmanageable deluge of images for the video system operators.

Another benefit of Dallmeier’s 3D planning programme is the automatic generation of “CamCards” – exact configuration documents for every single camera. Armed with this information, installers on site know exactly which camera must be mounted where, how high and at what angle. The big advantage besides the immense amount of time saved consists in the planning reliability: It can be predicted with great accuracy how much labour the installation of the total solution will entail, because this approach minimises uncertainty factors.

Thanks to Dallmeier’s unwavering assistance throughout the project, testing by the state technical personnel in Russia was also successful in the subsequent project phases, with the result that the stadium operators were able to begin operating the video security system after final project commissioning in good time for the 2018 FIFA World Cup.

Today, over 1,000 single-sensor cameras have been installed in the Gazprom Arena in addition to the Panomera systems – these safeguard the remaining areas of the stadium. Due to the large number of cameras, the total storage capacity for the video security system amounts to more than six petabytes (equivalent to about 6,000 TB). High-performance recording appliances from Dallmeier are used to process this information. Authorised personnel from various departments and stakeholders can access the system at 80 workstations.

The Gazprom Arena is a thoroughly secure stadium

The video security system from Dallmeier has provided ample evidence of its performance capabilities and reliability in the running of the Gazprom Arena, not least during the seven matches of the 2018 FIFA World Cup.

On this subject, Karlheinz Biersack, Director Sales Eastern Europe/RUS/GUS at Dallmeier explains: “Of course we were delighted that the security managers of Zenit St. Petersburg also decided to rely on Dallmeier again for their new home, the Gazprom Arena. This success in the largest stadium project we have ever undertaken and shows once again that Dallmeier’s holistic security and solution approach – above all the patented Panomera technology and our unrivalled project and consulting services represent an immense benefit for our customers.”