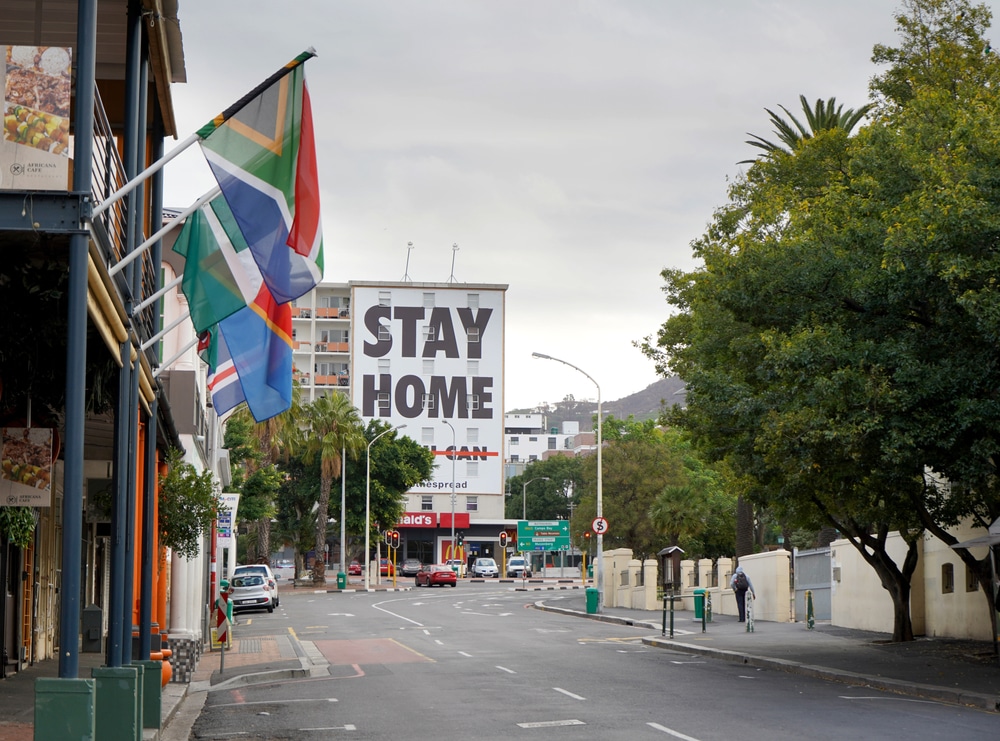 The impact of the COVID-19 pandemic and the ways in which it has changed our lives and the way we do business has been well documented. 2020 saw a level of crisis management focus within corporate organisations that was unparalleled in modern times. The sudden and very real crisis facing companies revealed some interesting and thought-provoking dynamics, especially in terms of how entities, big and small, had planned for and chose to respond to a real-life crisis event. Ordinarily, we would expect to see a crisis event affect an entity or group of companies across a relatively small geographic area; but with COVID-19 the effects were global and had the focus of every corporate entity, especially those with a footprint outside of their homeland operating environment.

This article will examine some of the most prevalent factors that impacted our clients across the African continent during those early crisis-driven days and how that has shaped thinking going forward.

Size is not an indicator of preparedness

During the early days of the pandemic many corporates were searching around for and hopefully finding, their emergency planning documentation. It became apparent that some were able to quickly refer to and implement plans that had long since been put in place by global or regional planning teams. In the most part, this proactive preparation was extended to ensuring that plans were functional and tested, manifesting in a relatively calm and efficient crisis response protocol.

Some larger companies had packed up and evacuated their locations within 24 hours of their headquarters deciding to scale down operations and withdraw staff. The infrastructure and indeed funding behind these companies was a key factor and provided a platform from which to operate and withdraw efficiently. Others were left floundering. There were, in some cases, no planning or documentation in place: from the outset, decision making was unstructured and often ‘off-the-cuff’, with dominant mid- and senior-level executives having their voices heard in the absence of process driven leadership. You would perhaps expect this of small or local businesses, but it was notable that many larger organisations had little or nothing in place.

Discussions revealed that budgetary constraints were the most common reason for a lack of planning, whether that was a reluctance to invest in consultancy support as they had not identified the need, or more often, a lack of recognition of the value a security manager would bring the wider business. The role of the security manager was frequently a sub heading under the job description of the HR or General Manager. Such individuals are rarely adequately trained or equipped to provide crisis management support.

Partial planning is “no planning”

In many cases, we observed crisis management plans being drawn up for the first time. It highlighted those that had produced plans using under-skilled or poorly-trained individuals in order to fill a compliance requirement rather than actually assist in a crisis. The content of the ‘tick box’ documents that many companies were utilising served little purpose and the documentation that should provide a decision-making framework was often ignored. Many plans were not rehearsed or tested and were immediately found to be flawed when required. Ad hoc decision making therefore became the norm. This of course defeats the purpose of having a plan in the first place and provides little guidance or direction, resulting in poor, uninformed decisions being made.

Refusal to acknowledge the problem is a weakness

There are always various local dynamics at play wherever you work in Africa. One of the major concerns in Lagos and across Nigeria, during the first wave of the pandemic when the country was in lockdown for all but essential travel, was that the level of social unrest would escalate to a breakdown in law and order. This could have seriously affected the safety and security of law-abiding citizens. Despite the increasing level of low-scale petty crime arising from the increasing levels of economic hardship seen across the city, many executives refused to accept that the security situation would further deteriorate and openly blocked attempts to enhance security pending a deterioration in the operating environment. Fortunately, the lockdown was lifted before the situation deteriorated to the point where law enforcement was no longer in control. It does highlight, however, how poor decision making could easily put businesses and lives in danger. The importance of critical, decisive decision making was further highlighted during the EndSARS riots in Nigeria during October 2020 when emergency plans were once again stress tested under real conditions and the frailties of poor planning became evident.

Indecision is no decision and the wrong decision

Largely driven by factors involving poor planning and unclear policy, the early COVID months saw many corporates unable to make decisions in good time, resulting in operating dynamics changing and the decision-making process for a particular issue becoming irrelevant. Although this did not always have a negative outcome it did result in families being stranded in Africa rather than travelling home as air corridors were closed whilst decisions were being made. This could have resulted in serious consequences had the pandemic gripped Africa even harder than it did and local medical facilities were overwhelmed. The requirement for clear, timely decision making was very evident.

There is no knight in shining armour

Those corporates that made executive decisions early to return international employees to their home countries and implement flexible travel and work approaches to ensure staff were not placed at unnecessary risk, removed themselves from Africa before the air corridors closed. They did so with clear plans and concise decision making in play. Many of those that remained in order to see ‘what happened next’ had done so voluntarily with the consent of their companies. In some instances this was fine: companies managed their staff appropriately, keeping them informed and planning for an escalation in criminality by centralising staff and locating teams in various hotel bubbles. Others were not so well prepared for the reality of being locked in country with no air corridors and demanded evacuations and relocations be initiated. The concept of airspace being locked down was not widely understood; the consensus being that non-commercial flights could come and go. Of course, the reality was somewhat different. All flights required government clearance and the concept of foreign governments providing (and often not providing) evacuation flights for its citizens was suddenly the number one topic of conversation.

Control Risks had advised ‘go early or be prepared to lock down as you will be unable to move for some time’. These words were well understood, but the reality of what that meant was not appreciated until companies, families and individuals realised they were highly exposed if the pandemic hit hard and or social unrest became a significant issue.

The work-from-home policy adopted by the majority of companies across the region resulted in new challenges for businesses looking after their personnel. International and local staff, especially those living outside of compounds, were suddenly much more exposed to criminality than usual. Some companies provided additional police guarding support and some centralised personnel in estates or hotels in order to keep people together and ensure their safety.

Some companies left their employees to make their own arrangements, leaving personnel hopelessly exposed if widespread social unrest had become an issue. Duty of care during the early days of COVID was not always what it should have been as many businesses fought for their very existence. IT systems were also stretched to the limit. Local bandwidth could not cope with the capacity required by everyone working from home and, more recently, we have seen the prevalence of cyber threats as IT protocols normally adopted as part of the office culture are readily ignored in a home working scenario. This is an area where we expect to see continued vulnerability for our clients across the region.

These observations have been made by the Control Risks team across the region during the early days of the pandemic in particular. In reality, many of the worst fears about the impact of the pandemic on African countries appear not to have materialised, and the situation did not deteriorate in the manner many had feared. As a result, a status of relative normality resumed fairly quickly.

Crisis mode was quickly switched off and forgotten and return-to-work protocols became the new hot topic of conversation. We know that many of our clients learnt from those early decision-making days and improved their systems, processes and internal training mechanisms to ensure that in the future they are as well or better prepared for the ‘next event’. We also know that come the next event we will likely have many of the same conversations that we had in early 2020. It might not always be that failing to prepare is preparing to fail, but in crisis management terms it is certainly going to make a difficult situation a lot worse.