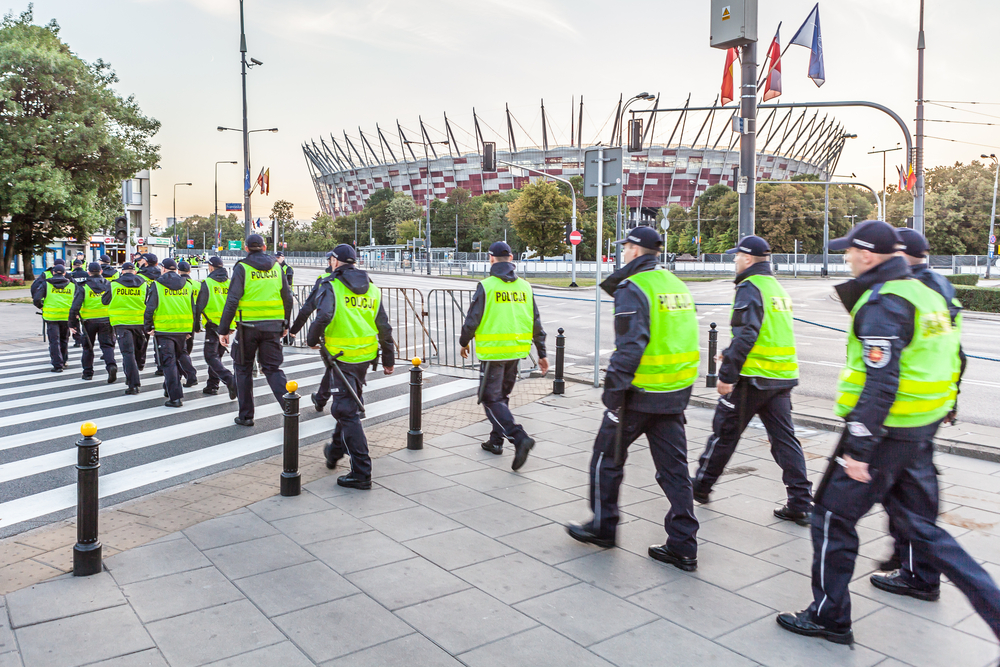 While the priority must be tackling the health and economic fallout from COVID-19, security professionals should not overlook protective security issues, including people’s frustration over the lockdowns and economic hardships, such as loss of jobs, lack of income and inability to travel for business needs, potentially abetting to radicalisation and criminality.

Beyond Europe, the Islamic State and other related groups are seeking to recoup ground in Iran and Syria, exploiting the fact that the governments of both countries are focusing on combatting COVID-19.

Terrorist groups have provided guidelines for their followers to prevent the spread of the illness, with Al-Qaeda even highlighting in its message that “Islam is a hygiene-oriented religion,” but in addition to recognising the threat posed by COVID-19, their messages also make it clear that both of these groups are savvy enough to utilise the global upheaval that may result from the spread of the pandemic to persuade more recruits to join their ranks, as well as to exploit the situation to plan and perform targeted attacks.

Al-Qaeda has called on people, including those from the “Western World”, to use their time in self-isolation to convert to Islam and radicalisation.

But the Islamic State has gone so far as to urge its followers to actively continue to wage global jihad and to take advantage of countries’ overburdened security capabilities to launch attacks.

It is clear that terrorist groups, who thrive from instability and chaos, will continue to do so in this current climate.

Iraq is of a particular concern as it struggles to form a government after the appointment of a third prime minister and as oil prices, its main source of income, has collapsed due to COVID-19.

The virus has an impact on fragile countries and individuals and gives terrorist groups new room to breathe, as does the increase of criminal activity.

In light of the riots in the USA and the UK, we have also seen tensions mount, with violence and vandalism on the rise, as clearly documented in the news.

I hope we do not lose sight of the security risks to major events, currently and moving forwards, as we focus, quite rightly, on the immediate health and social impact of COVID-19.

It is paramount to understand that many venues, stadiums and arenas have a lower workforce footfall whilst employees are working remotely and events are on hold, making such locations attractive to criminals. Despite many locations remaining non-operational, it is important to keep security provisions deployed and ensure increased awareness of such criminality.

We must prevent the one crisis ending up producing far more.

COVID-19 has shown that many countries have trouble testing, tracking and treating a pandemic or sustaining a supply of PPE for healthcare workers and the general public in some countries.

This in turn may pave the way for biological attacks. Damage to humans and economies could be “significantly higher” than that of a “traditional” terrorist attack in many cases, as COVID-19 has proven it causes global disruption on a massive scale.

The worsening conditions in Pakistan brought on by COVID-19 are causing an increase in terrorism and criminal activity within this country.

Pakistani-based terrorist groups are currently approaching people who have been affected by COVID-19 whilst offering to provide essential services and assistance to these individuals.

In return, they gain the loyalty of local populations and access to a new pool of recruits for their efforts to set up an Islamist government in the contested territory of Kashmir.

The efforts by terrorist groups have led to an increase in the number of terrorist training camps in this region.

In Turkey for example, Islamic State recruiters are targeting migrants from Turkmenistan who have lost their jobs as a result of the pandemic.

The Islamic State frequently recruits unemployed and disillusioned individuals to join its efforts to create an independent state dedicated to the teachings of its extremist brand of Sunni Islam.

Terrorist and organised crime groups have shown this tactic before, but now that more and more people are suffering financial hardships due to lack of employment, these tactics are likely to become more effective for such groups.

Across the developing world, COVID-19 is magnifying existing social problems, worsening food and financial shortages that give rise to terrorist activity and organised crime.

It is important we do not lose sight of the increased likelihood of criminal activity at our future events, within our quieter arenas, stadiums and venues, specifically those of a high-profile nature, regardless of the location.

Despite security resources being utilised to ensure PPE is adhered to and I envisage more of this moving forwards, we must not lose sight that security resources are deployed in the first instance to protect, implementing PPE checks as secondary.

As security management professionals we must ensure our security risk assessments are reviewed and updated, due to the increased likelihood of criminality at our current venues and future events.

Event organisers and venue directors should ensure that these topics are addressed during risk discussions by their security managers and implemented into revised security risk assessments.

We should not overlook the importance of awareness of the real world threat of increased criminal activity taking place at future events, or within our venues, due to the COVID-19 pandemic.

Adam Green ASyl has been a security management professional for 18 years across six continents. Adam can be contacted via his LinkedIn profile here