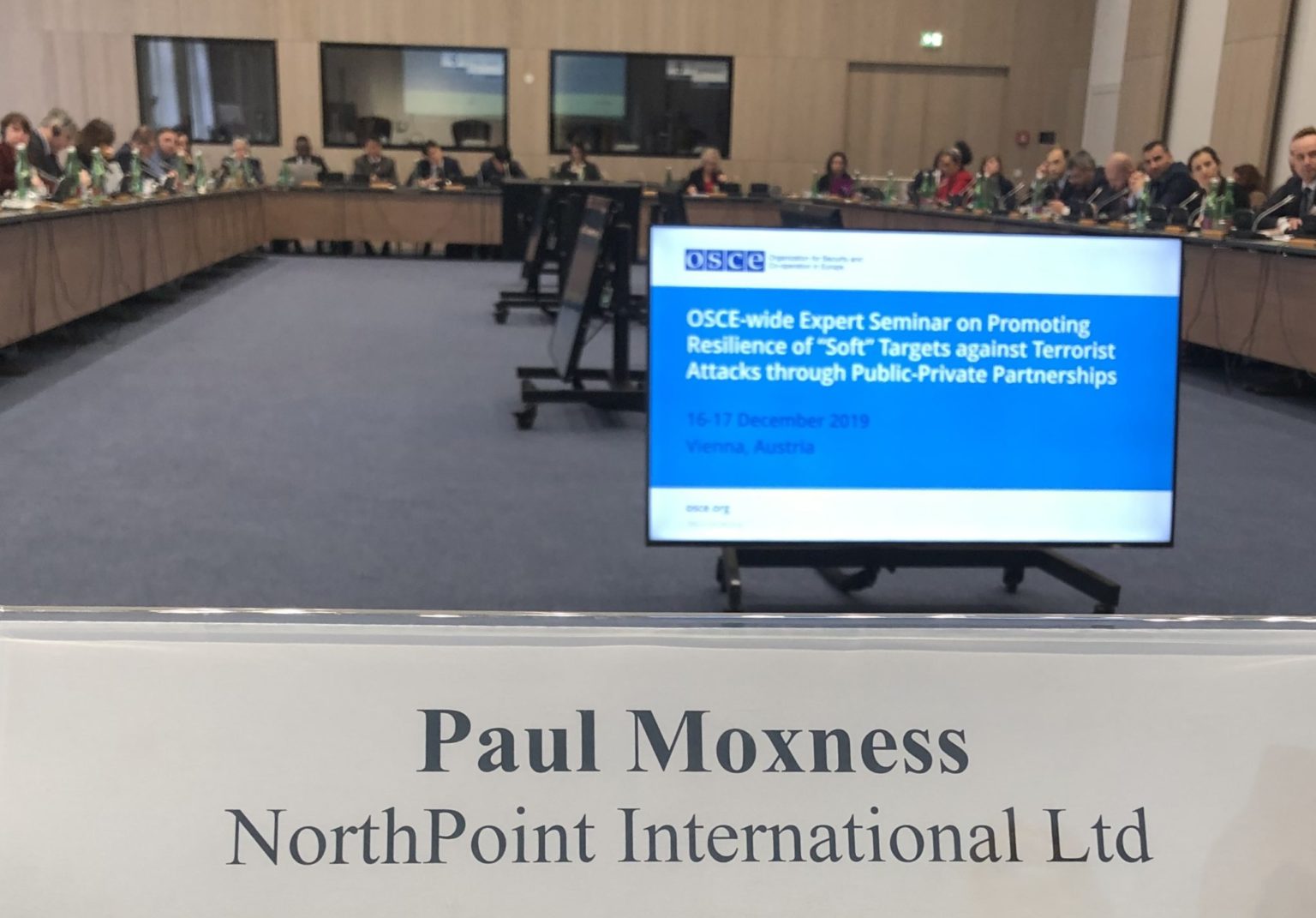 Paul Moxness, Managing Partner of NorthPoint International reflects on his career journey and the evolution of hospitality security.

There has been plenty of talk in recent months regarding the skills gap impacting the security industry and how this can be rectified. Part of the reason why this skills gap has emerged is because individuals who join the industry in entry-level roles are not provided with the required opportunities to develop their careers and consequently end up leaving to join other industries.

Sometimes this can be simply down to a lack or resources or the nature of the circumstances they find themselves in, but it could prove to be a wider lesson to employers in the industry that the next generation of leaders they are looking for may be right under their noses.

A case in point is the career of Paul Moxness, who began his time in security as a night security guard at a well-known hotel brand before working his way through the ranks to become VP Corporate Safety and Security, he is now one of the most influential professionals working in the industry today. International Security Journal caught up with Moxness to reflect on his stellar career and discuss the current state of hospitality security.

“I went to Europe on a gap year and ended up staying for four decades, including 31 years working for a hotel that didn’t want to hire me,” was Paul Moxness’ response when asked how his career in security started.

He continued: “Getting into hotels and security wasn’t in my plans at all, I wanted to work in travel but couldn’t find a job. I applied for a job as a night security guard in a hotel but the Security Manager felt I was too old and too educated because I’d been to university. To my good fortune, there were only two applicants for the job and the other person withdrew, I ended up staying with that company for more than 30 years.”

From this rather unorthodox beginning, Moxness went on to become VP Corporate Safety and Security for Radisson Hotel Group as well as being one of the most influential thought leaders in the world of hospitality security.

He revealed some of the key lessons he has learned during his stellar career: “The biggest lesson I learned was that security is a support function of the business. This perspective was introduced in the mid-1990s and yet there are still people who spend too much time trying to convince the C-suite that they should be interested in security.

“That just isn’t going to happen, it is up to security professionals to work out how the business operates and to support that in order for it to be carried out safely and securely. To achieve this at Radisson, we decided to tailor the way we communicated with and trained each department, this helped us to understand the important functions they carried out and it helped them to integrate security into what they did.”

Moxness added: “The other lesson that became increasingly obvious was the huge value of networking. A lot of people look at networking like it’s a transaction but that’s not the right way to do it. With organisations such as ASIS International, I think security is one of the best industries for networking. I always advise people that instead of complaining about a lack of budget, they should try to find out who they could collaborate and pool resources with in order to solve their problem.”

Moxness created a loyal and close-knit team at Radisson and was actually awarded the Carlson Fellows award in June 2014. The award is the highest recognition the company bestows on an individual employee.

He explained his leadership philosophy: “My philosophy is built around the power of collaboration and networking. It boils down to three simple words, “Communicate. Collaborate. Contribute.” You need to talk to people and listen to what they have to say, that’s the Communicate part.

“You Collaborate by working together as a team and pooling resources. The real key thing is you have to be in it to Contribute, not just receive. As a leader, I focused on contributing to the business and contributing to my team. Fighting their fights up the ladder and finding them ways to roll things out across the company. If we did our jobs well then it was better for everyone working in the business, that’s how I looked at it.”

Moxness highlighted how hospitality security has evolved during his time in the industry: “It has changed a lot. When I first started, we were completely reactive, a response unit in the hotel. When things went wrong, somebody called us and we fixed it. This just wasn’t sustainable so there has been an increased focus on education and prevention.

“There has also been a big shift in responsibility from governments to operators. It is now the responsibility of hotel operators to ensure they are following all the relevant health and safety regulations, rather than solely relying on an annual visit from the fire department to monitor them. Compared to airlines, there isn’t a whole lot of regulation within hospitality but this change has certainly driven the focus on forecasting, intelligence and preparedness in the sector.”

Since moving on from Radisson, Moxness has been appointed as Managing Partner of NorthPoint International, a collaboration of former Chief Security Officers from some of the world’s largest, most well-known, global hotel companies complimented by cyber-crime and resilience experts.

He has also co-founded The Always Care Consulting Company with his wife, together the pair published a book in 2021 titled “Spin the Bottle Service – Hospitality in the Age of AI”. Moxness discussed the idea behind the book: “My wife and I were sat at home during lockdown looking at pictures of places that we had visited. It suddenly dawned on us that the places that popped into our heads without prompting weren’t the fanciest, most exclusive places, the ones we remembered automatically were the places where we received the best service.

“There has been lots spoken and written about the increasing digitalisation of hospitality and there is no doubt the sector has to improve how it uses technology, but hospitality is still about people meeting people and interacting. So the book is a collection of stories and experiences showing the benefits of in-person interaction in hospitality and how this can be used to improve the visitor experience.”

It has been a fantastic career for Moxness and he concluded by picking a selection of his personal highlights: “I have loved every step of the way. I still had the same enthusiasm for the job at Radisson on my final day as I did on my first day. The Carlson Fellows award was certainly a highlight as it’s the highest individual honour that the company gives to anyone, it was certainly way above anything I dreamt I could achieve.

“However, the biggest highlight for me is all the people I’ve met and all the places that I’ve been fortunate enough to go to. You actually find that people are people and there is not that big of a difference between us, whether that be from a CEO to a frontline employee or people from different cultures. Once you get to know somebody, there is no discernible difference really.

“Finally, I was really lucky to have my deputy, Kjell and third in command, Geert, work with me throughout my career, they never left my team. I could trust those people with my life and it made my job super easy, having such a loyal and dedicated team working with me was a real honour.” The unusual way that Paul Moxness entered the security industry should not be forgotten by those currently bemoaning a lack of skills and resource. The contribution that Moxness has made to the industry is almost immeasurable and he has certainly not finished contributing yet.