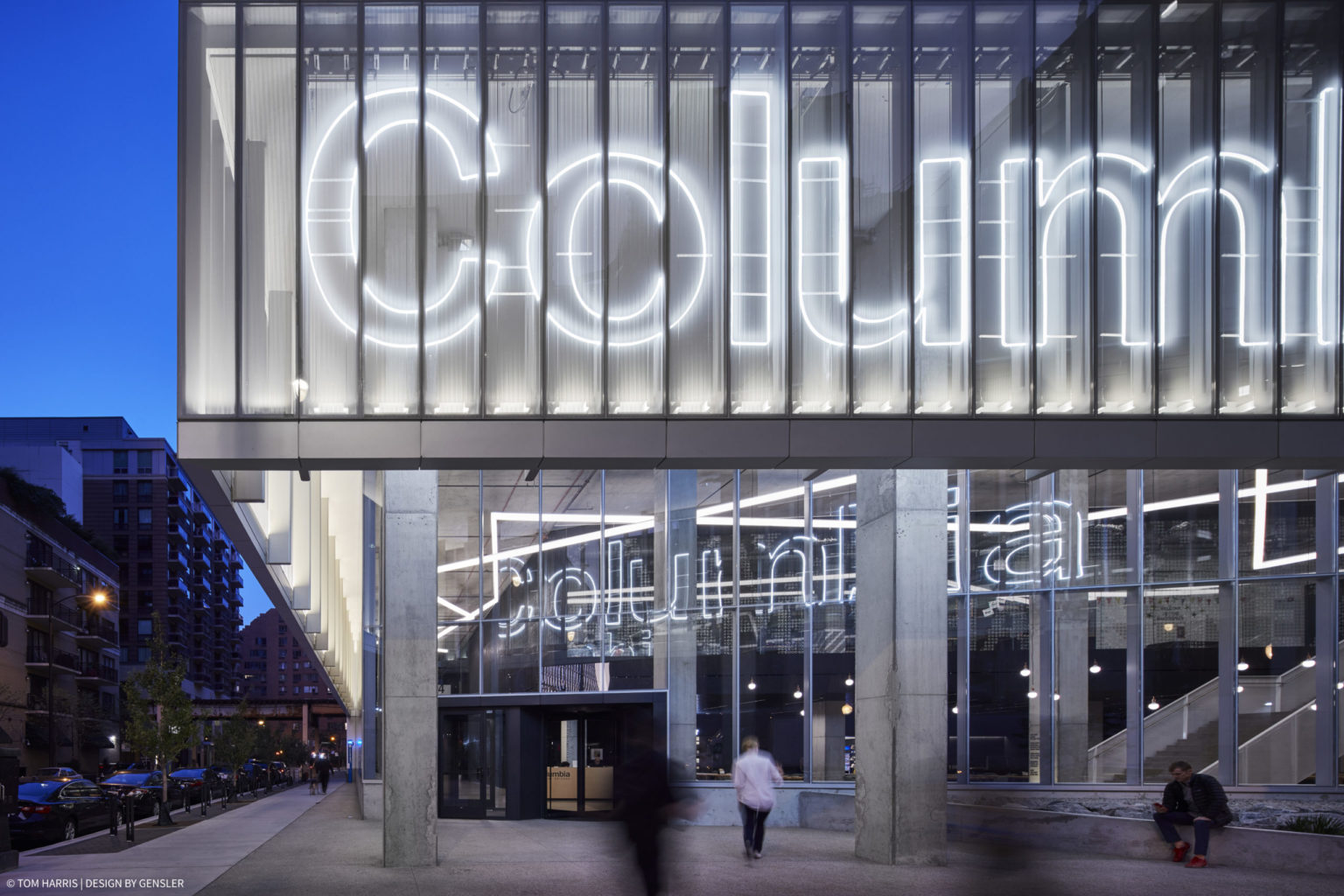 The new Student Centre at Columbia College Chicago, located at 754 South Wabash Avenue in Chicago, opened its doors in the fall of 2019. This brand-new building offers five spectacular storeys of space for students including music and film-screening rooms, dining options, a fitness centre, a reflection room for meditation and prayer and event spaces for meetings, performances and receptions.

According to Andy Dutil, Director of the Columbia College Chicago Student Centre, the school has taken the initiative to improve overall security, with the intention of keeping an open feel to the campus. To help meet that objective at the new Centre, the architects designed the building with Speedlane Open turnstiles and a TQM manual revolving door from Boon Edam.

Columbia College Chicago has a closed campus. In order to enter any building on campus students and staff must have a Columbia ID or visitors must have a valid appointment. The main entrance at the Student Centre is the TQM revolving door that leads to a public foyer that includes a coffee shop and lounge. Since the turnstiles are just past the security desk at the boundary of this area, they serve as a visual and physical indicator of where the public area terminates.

Next to the Speedlane Open turnstiles, which are notable because they do not have any closing barriers, guards watch as people pass through them to ensure that everyone is scanning their IDs and that the IDs are valid, in which case the turnstile shows a green light. In a situation where a red light shows and the turnstile alarms, the guard will check the person’s credentials and can try to troubleshoot the ID card.

“The decision was really about what creates the least barrier to those entering and exiting the building,” said Dutil. “We don’t really want our students to feel like they are overly policed or that our buildings are not accessible to them. So the design of the Open turnstiles provided the best solution in terms of controlling access without being obtrusive.”

Before the Student Centre was built, students entering any campus building would just show their ID to the security officer as they walked past. The administration realised that while this does provide some level of security, it is not foolproof – particularly when many people are entering at the same time for a class. The College’s head of security made the suggestion to install a system that would allow for swift passage of authorised people while maintaining accountability around who enters and exits the building.

As anticipated, there was a brief learning curve for the students using the new system. “This was the first system like this on our campus,” said Dutil. “And the first few days that the new Centre was open were also the first few days of school. There were a lot of people new to the campus who required a bit of coaching from guards and our student staff in terms of where to place your card and to not walk through before you place your card.”

Coming out ahead of swinging doors

Dutil confirms that the access systems placed at Boon Edam turnstiles are actually outperforming those placed at swing doors across the campus for convenience and adoption. “Across the campus, there is a card reader at every swing door entrance of a building where you present your card and a light turns red or green. But oftentimes the card reader is missed or depending on the placement of the lights and placement of the guard, it can be kind of hit or miss with students walking right by it.

“But with the Open turnstiles, they’re very visible and although they’re not a total barrier to entry, they are something that’s right in front of you. Because it’s very noticable and not easily overlooked, the students have learned pretty quickly to get their ID out. In fact, this was meant to be a test run for the campus to ensure it would be viable and worthwhile for other buildings as well.”

The turnstiles have delivered additional benefits beyond basic campus security, according to Dutil. “One of the nice things about a system like this is that we can count visitors to the Student Centre because we get the data of everybody that scans in. So on a busy day for us it’s about 2500 people throughout the day. That can range depending on what’s going on and what time of year it is. On weekends we’re very slow, since there are no classes – maybe 900 to 1200.”

“We are a rental venue as well, so we have times where the building is open to non-Columbia College Chicago people for events or other functions. There’s a really convenient touch panel right at the security desk called the BoonTouch, where the officer can turn off the turnstiles during those times and then attendees can move through freely without any alarms going off at all.”

A new revolving door adds comfort and peace of mind

Finally, the TQM revolving door delivers one additional benefit to the Student Centre, located in a city known for harsh weather. “Revolving doors are always preferred at a building like this that gets a lot of traffic going in and out. We have cold, drafty weather that blows right into our main space at that first floor entry. The revolving door helps to keep the building warm and saves energy and utility costs as well,” said Dutil.

“Students feel safe and comfortable entering the building at night,” he concludes. “Our building has a lot of nooks and crannies and someone can end up alone in a space. And so I think knowing that the only people that are in that building are the ones that are supposed to be there is helpful. Overall, our students appreciate the effort to try to keep them safer.”