Exclusive: Change is the inevitable constant in the security industry 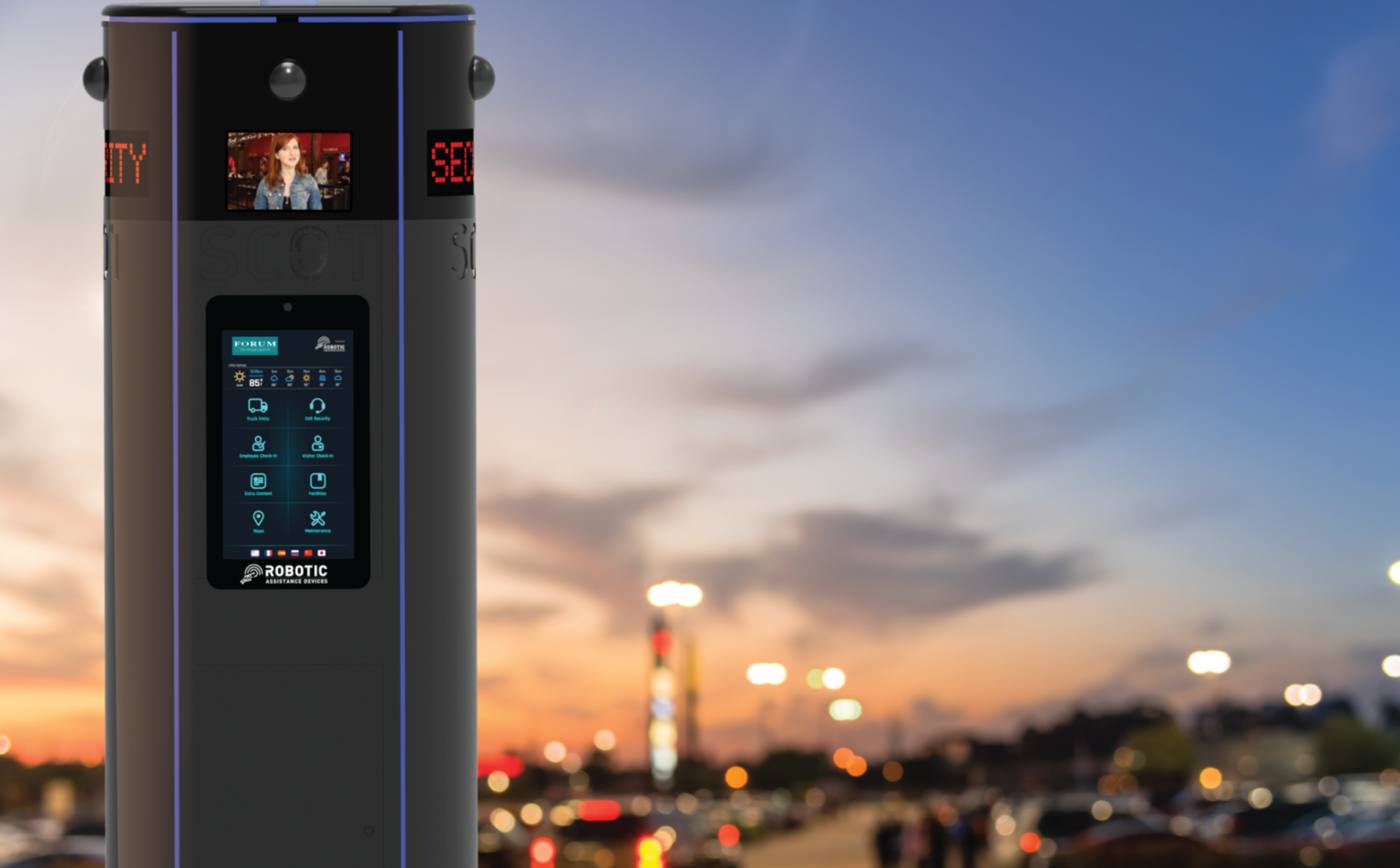 Of the 13 things that are inevitable in life, the top two are extremely relevant to the security industry and, not surprisingly, they’re also the top reasons why Robotic Assistance Devices exists.

1. Change will happen
2. Things will come to an end

But what comes to an end? What is certain to change? For starters, just about everything is subject to change in the security industry. And this change will come from a combination of internal influences and external pressures that are thrust on it. History is littered with former industry leaders and entire sectors that were slow to respond to market conditions changing around them.

Since 2016, Robotic Assistance Devices (RAD) has been at the forefront of implementing exactly how the security industry can withstand, even prosper during the coming changes.

Let’s start with how the industry defines and prices its security guard services. “Hours per Week”, (HPW) incentivises security salespeople based on how many HPW they sell. This pits their best interests (making money) against those of their customers (maximising their facility’s safety and security). HPW discounts the role that advanced technology could play in empowering guards to do their jobs more efficiently – thereby diminishing their ability to best deliver in support of the customer’s objectives.

However, there’s an even more pressing reason for security guard companies to be pivoting away from a man based HPW model. It’s the changing labour market, which is making HPW an unsustainable way to run a business. Even with higher wages, it’s unclear that a labour market that now offers so many options would have workers choosing guard jobs over more enjoyable and less dangerous positions.

Security guards report some of the lowest job satisfaction of any industry, creating a transitory workforce that’s quick to jump ship as soon as something better comes along. According to industry expert and host of the SecurityGuyTV.com podcast, Chuck Harold, guard companies have turnover as high as 300% a year. “Just imagine, three times a year, all your guards are gone and new ones need to be trained. How do you deal with that? It’s an unwinnable situation for both the guard companies and their customers,” he says.

A winning alternative to HPW is what RAD is all about, it’s called Autonomous Remote Services (ARS), which allows guard companies to rebalance how they leverage machine and human resources. ARS utilises advance AI-powered technology to handle the mundane, repetitive tasks like routine monitoring, ID verification and health screening and allows for humans to be reassigned to the small number of situations that genuinely benefit from human judgment.

Guard companies can purge their payrolls of unskilled, transient workers and staff up with higher-calibre talent working interesting positions for better pay. The net cost to end users comes way down, as technology allows an overall smaller workforce to provide coverage of far more sites. HPW is no longer wasted on routine situations that can be handled better by AI technology.

Best of all for guard companies, they can make more money. ARS reduces overhead, creates operational efficiencies, delivers superior results leading to increased customer satisfaction and retention and opens new markets for security services due to the lower overall cost to end users. Plus, ARS dramatically lessens the impact of today’s labour shortage.

We’ve said it before: HPW is a terrible metric, someday soon a relic of the past. It measures something that no longer matters, is difficult if not impossible to deliver in today’s labour market and it is holding the guard industry hostage to an outdated paradigm. It’s time to break free and begin fresh with new rules for delivering better security services.

RAD has built its ARS solution platform by incorporating the strengths of the original guarding model and complementing it with powerful AI analytics, autonomous responses, stationary solutions and rugged mobility options, all with 24/7 performance and at dramatically lower costs.

Let’s examine what ARS can do that HPW cannot.

Detection that leads to deterrence

A guard standing on post can ‘see’, a static CCTV camera hanging from a wall can ‘capture’, but neither of these are effective deterrents in 2022. What’s missing is a suitable ‘response’ from the guard or the camera that could prevent, or at least deter, the possible occurrence of a crime or wrongdoing. Wherever man or old technology fail to do their job, RAD sees it as an opportunity for positive change.

Citrus Construction, one of Florida’s leading licensed construction contractors, is one such example of this change. It currently deploys ROSA, RAD’s Responsive Observation Security Agent, at its construction sites during off-hours. The company needed an effective and affordable way to deter trespassing, reduce criminal activity and respond to suspicious incidents. It had tried deploying traditional security guards without success and had therefore been functioning without any on-site security services in recent years.

Since mounting ROSA units at the entrances to their construction areas, Citrus has seen a quantifiable drop in criminal activity. Programmed to detect vehicles and humans that come within 250 feet, the ROSA devices autonomously respond to trespassers with a visual warning to leave immediately. Audio and visual messaging intensify as necessary, including the option for monitoring personnel to issue live instructions over ROSA’s loudspeakers. The units are a true force multiplier. “ROSA is doing the same or better than having a security guard in place. When ROSA sees someone at night, its response is scary enough that it does the trick,” says Greg Van Haute, Vice President at Citrus Construction.

The difference in pricing between traditional guard services and the ARS model provided by RAD is striking. Because RAD’s advanced technology is such an effective deterrent and can autonomously respond to and deter most events, monitoring and guarding personnel are far more efficient, focusing their attention only where needed.

The guard booth is truly one of the most iconic images that comes to mind when end users think of the security industry. Here’s a stale idea, let’s hire a guy, pay him something slightly higher than minimum wage, put him in a uniform, give him a walkie talkie, a clip board and a pencil and tell him to sit in this box all day. His job? Check-in drivers as they enter a controlled area. Does this sound efficient? Absolutely not.

Automation is all around us, performing redundant and mundane tasks. Most of us have mobile apps that can lock your home’s front door or send a text message if someone is at the door, even programmable systems to turn off your lights. So why is that guy still sitting in that guard booth? Another reason change is coming and RAD is leading the way.

RAD’s AVA, short for Authorised Verified Access does everything the guard in the booth does, but without the bathroom breaks and naps. Clients from logistics services to grocery distribution have replaced the guard at the gate with AVA and the result is efficiency and immediate ROI. Customisable verification options include PIN numbers, QR and other barcodes, even swiping of ID cards.

AVA captures a video stream of the driver, photos of the vehicle license plate and everything is digitally recorded for archiving and retrieval. If necessary, AVA activates a two-way video call through its digital cameras and touch screen with remote monitoring personnel as an added method of verification and providing access. And of course, AVA connects directly to gates and doors, having electronically pushed the buttons the guard once did.

And then there’s visitor management inside of a building. We fondly recall the ‘80s and ‘90s when companies would position a receptionist and a security guard in lobbies of buildings. What happened to both? That’s right, change was thrust upon companies. When change comes at you – you change or perish. Today, maybe there’s a guard in the lobby, possibly a staff member checking in personnel and visitors. Many companies continue to perform human-to-human health screen procedures in lobbies that include temperature and other screening tests. All of this can be accomplished more efficiently, with substantial savings, through advanced technology from RAD.

RAD’s SCOT (Security Control Observation Tower) 7’ tall standing security solution and its wall-mounted alternative, Wally now take on the responsibilities once relegated to lobby staff. While keeping a watchful eye on things through the device’s high-resolution cameras, each unit comes standard with a large web-connected touch interface that handles all data entry and processing of employees and visitors. And like AVA, both SCOT and Wally can open and close access doors and gates, even print badges.

So far, we’ve only touched on the stationary security robots available from RAD. Leading the pack today is ROAMEO, the Rugged Observation Assistance Mobile Electronic Officer. ROAMEO is an impressive mobile security robot that stands nearly 7’ tall, weighs over 700lbs on four wheels with a clearance able to patrol rough terrain, gravel and grassy areas. Through near Wi-Fi quality enhanced cellular services, ROAMEO can be dispatched to patrol parking lots, sidewalks, facility campuses and utility fields more efficiently and faster than any patrol guard.

ROAMEO has been designed to be an imposing and visible deterrent to suspicious activities while also performing friendly concierge services to the client’s guests and employees. The robot will interact with people along its patrol route, providing necessary calls for help, panic buttons, security alerts, etc. ROAMEO’s dual web-connected touch panels allow for an unlimited number of services including local information, weather, directions, plus profit-generating promotional messaging. Clients including theme park operators, casinos, power utilities, sporting venues, shopping centres and more are all eager for ROAMEO.

As you can see by the above series of solutions, RAD is a company vigorously investing in and addressing the change that is actively going on within the security industry. Now it’s up to you, the service provider or property management professional. You have the opportunity to be part of this change. It’s time to embrace the technological advances and turn the industry’s broken business model around. You can deliver better security and more efficient services to your clients and do so in ways that actually make more sense to you from a business success perspective.

This article was originally published in the March 2022 edition of International Security Journal. Pick up your FREE digital edition here.