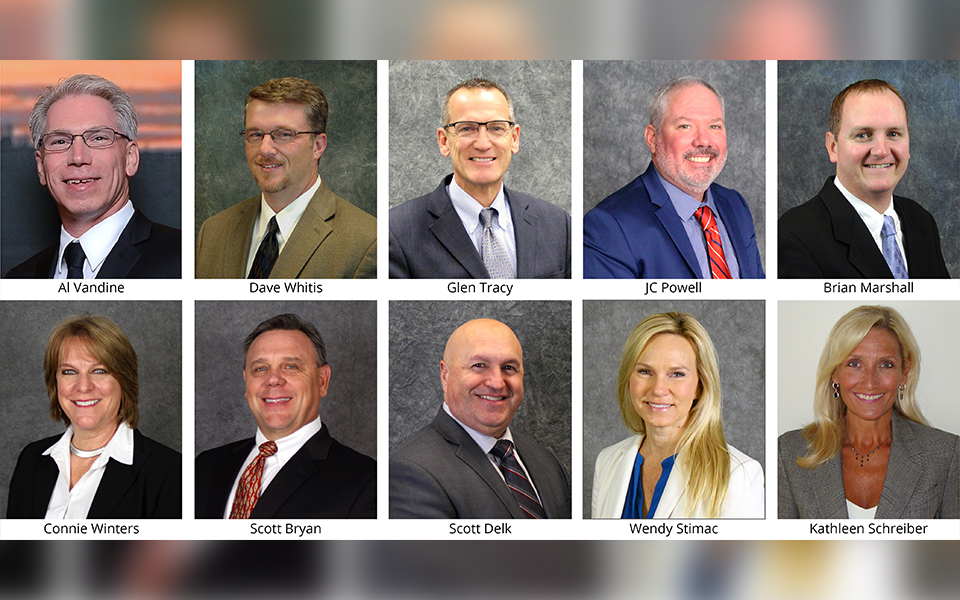 Boon Edam Inc., a global provider of security entrances and architectural revolving doors, has announced that the company has hired a new Service Sales Manager and further expanded its national and enterprise sales teams to support continued strong demand for security entrance solutions in the Americas.

With hundreds of entrance installations across the country, Boon Edam is committed to helping organisations keep their solutions running for many years with minimal interruptions. Al Vandine has come on board as a Service Sales Manager who will be recommending preventative maintenance and other service plans primarily in the New York City and Washington DC areas.

Enterprise Accounts was an initiative started in 2013 and is currently managed by Greg Schreiber, Senior Vice President of Enterprise/Global Accounts. The team works in cooperation with regional sales managers to ensure that enterprise customers receive superior service at all levels. Two new members were promoted from regional Business Development Manager roles to Enterprise Accounts Managers:

Dave Whitis will cover the Southeast region and has over 25 years of sales and operations experience in the security industry, including an accomplished background in designing and implementation of access control systems. Dave has been with Boon Edam for nine years and currently resides in Senoia, GA, a suburb of Atlanta.

Glen Tracy oversees the Midwest Central region. Serving 20 years with Boon Edam in various roles, Glen has a great deal of knowledge when it comes to both security entrances and revolving door solutions. Glen works out of his office in Salt Lake City, UT.

In addition, Joe Seagriff and Ted Lewis are now Directors of Enterprise Accounts for eastern and western North America respectively.

JC Powell has been promoted to Vice President of Sales. He will be supervising 14 RSM’s across North America. JC started with the company in 2011 as an RSM and progressed to National Sales Manager for the South and West in 2016. JC has a background in construction and security sales spanning 21 years and lives in Dallas, TX.

Brian Marshall has served as an RSM with Boon Edam since 2011 and has been promoted to Regional Sales Director responsible for training all RSM’s. Brian is based in Fishers, IN.

Connie Winters is the new Mid-South RSM, covering the Carolinas, Tennessee and Arkansas. From thermal solution start-ups, to Fortune 500 technology companies, Connie brings over 25 years of business development, manufacturing and sales experience to the Boon Edam team and is based in Raleigh, NC.

Scott Bryan is the new Southeast RSM. Scott covers Florida, Georgia, Alabama, Mississippi and Louisiana. Scott is a security technologies veteran having served in several capacities from door hardware, to integration and more recently, management and consulting. He earned his BICSI certification as a RCDD. He is an ASIS member and earned his PSP in 2010. Scott is based in Suwanee, GA.

Wendy Stimac is the new Great Lakes RSM. Wendy covers Michigan, Wisconsin, Illinois and northern Indiana. Wendy’s 20 years of success in sales includes Panasonic Security and Johnson and Johnson. She is based in La Crosse, WI.

Kathleen Schreiber is the new Midwest East RSM. Kathy will be covering Western Pennsylvania, West Virginia and Eastern Ohio. Kathy joined the Boon Edam Enterprise Sales Team in June of 2016 in the role of Entrance Analyst – Program Leader. Her prior success in sales included the oil, gas and physical security industries serving enterprise, industrial and corporate customers. Kathy is based in Pittsburgh, PA.

Comprised of Inside Sales Representatives and Project Coordinators, the Sales Support Team is run by Chris Grabowski, the Director of Sales Support. His team works with Boon Edam’s RSM’s to ensure the success of the entrance order from purchase order to shipment. Gisette Suarez, Leif Reedstrom and Greg Hampton joined the team as Inside Sales Representatives and Rhonda Welton has joined the team as a Project Coordinator.