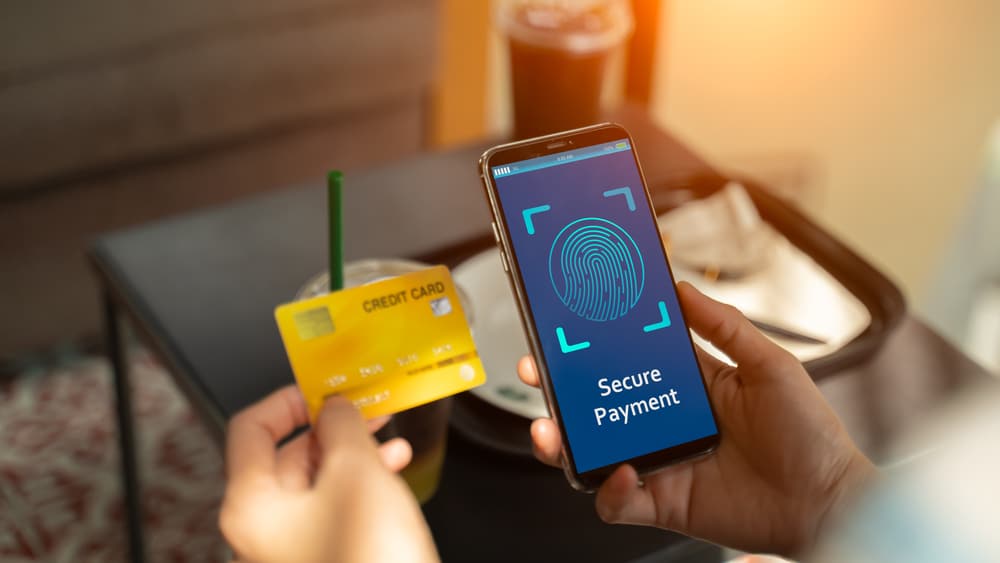 Michel Roig joined Fingerprints in 2016. Since then, he’s played a central role in managing the company’s diversification into new sectors, launching and expanding a smartcard portfolio, the payments and access strategy and powering its strong position in the payments ecosystem.

There are several benefits inspiring the adoption of our technology, starting with regulatory compliance and enhanced security. The recently imposed Strong Customer Authentication (SCA) under the Second Payment Services Directive (PSD2) requires banks to perform more checks to confirm the identity of a consumer at the checkout. Consumers must now take additional steps to authenticate themselves for certain transactions, such as those of a specific value or after every five transactions, to limit potential fraud use.

Consumers can authenticate themselves by using their PIN, however, biometrics can streamline this process. Using their unique physical characteristics to pay essentially guarantees a consumer’s identity, so they can make SCA-compliant payments of any value that effectively reset the transaction counter every time they pay. This kind of strong authentication has the potential to drastically reduce various types of fraud (and all associated costs) and it provides added convenience for consumers since they may never have to use their PIN again.

Adding biometrics to payment cards also helps issuing banks to bring some needed energy to their cards, helping them promote their brand and build consumer loyalty whenever it’s taken out to pay. This brand exposure is not as strong with other payment methods, such as mobile payments where the card is hidden inside the phone. Given the innovative nature of biometric payment cards right now, it also shows that the bank is leading the curve – not falling behind it.

Finally, thanks to smartphones, consumers are now used to authenticating with a ‘touch’ and actively want to use biometrics in their everyday lives. By capitalising on this trend for physical cards, banks have a timely customer acquisition and retention tool. A study we recently ran found that 62% of consumers would switch banks to obtain a biometric payment card, indicating a high consumer demand for the security and convenience these cards provide.

This might not be surprising, but my advice would be not to wait. At the time of writing, we’ve conducted 24 pilot tests and eight commercial launches. We’re now in the second generation of cards and we’ve repeatedly met the increasingly stringent certification requirements from the card schemes. Essentially, the technology is out there and starting to add value for your competitors. Don’t wait until your cardholders begin to turn elsewhere.

Since we also found that 43% of consumers are willing to pay to get hold of a biometric payment card, banks can use them as a new revenue stream and expect a return on investment when offered as a value-add or premium service to cardholders.

As with all new technology, there are apprehensions with being an early adopter. One question that banks often ask is: “Where is a consumer’s biometric data is stored?”. Are images of fingerprints stored in the cloud or on-prem by the issuer, creating a privacy and compliance nightmare? The answer is no! The card doesn’t store an image of your finger. When you enrol, a template is saved and stored securely as encrypted data on the card and never leaves it.

I was also recently in the Middle East and someone asked me whether the card would break if it was kept in their back pocket as they sat down for a coffee. Fingerprints has run rigorous testing to ensure the card’s biometric sensor can endure the same wear and tear as a normal card. This is an industry requirement, in fact. Our sensors have also achieved Mastercard and Visa certification – a process that ensures the sensor is robust, scratchproof and doesn’t dislodge during the life of the card.

Card scheme certification also requires strict anti-spoof measures. These make the attack vector so small that the effort and cost required to hack one card is pointless for fraudsters. All of this comes together to make the biometric payment card much more secure than a card which only has a PIN for security.

Another common apprehension surrounds the cost of the technology. Cost of sensors has come down dramatically in the last few years and this cost will reduce further as deployment volumes increase over time.

As mentioned earlier, we’ve supported a number of commercial launches and have several other banks in pilot testing right now. In January 2021, we also proudly announced a large-scale commercial launch with BNP Paribas in France. This was widely published with commercials running on French TV and cinemas.

Interest in biometric payment cards has been piqued, with the market now burgeoning. As a result, we expect many more launches this year, including the first Fintech companies. We’re also excited by activity brewing beyond our current key markets – Europe, Mexico and the Middle East – with launches recently announced in Africa and India.

Following on from our latest compliance with Mastercard’s Fingerprint Sensor Evaluation Process, more card level certifications will be announced by our manufacturing partners as these are secured throughout this year. More partnerships will also come, adding to the already announced partnerships with Thales, G&D, Infineon and STMicroelectronics.

Along with this, we’ll be working more intensively with partners to ensure a shorter time-to-market, lower barriers to entry and easier integration time – either direct or through partnership. This is supported by our latest Mastercard compliance which is an important milestone for the deployment of biometric payment cards at scale.

Learn more about the global potential of biometric payment cards by downloading its eBook on ‘Making Contactless Payments Worryless’.