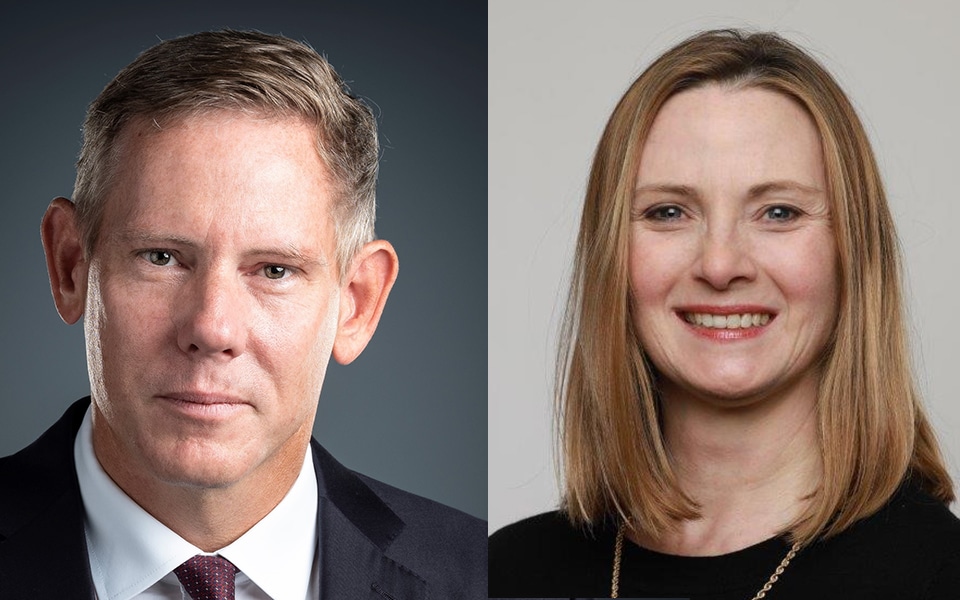 AVEVA has announced the expansion of its executive leadership team with the appointments of Caspar Herzberg as the company’s new Chief Revenue Officer and Helen Lamprell, OBE as General Counsel and Company Secretary. The new appointments, in London and Dubai, strengthen AVEVA’s international footprint and digital transformation capabilities at a time when business relies on interconnected solutions for global workforces. Both leaders bring a wealth of global expertise to AVEVA when they join on 1 November.

Herzberg has over two decades of international experience within the technology sector. After seven years at Accenture, where he specialised in supply chain optimisation and outsourcing, Herzberg spent ten years at Cisco, where he led sales for mega projects in Saudi Arabia, developed the company’s global smart city strategy and was Global Managing Director for the emerging solutions advisory business before taking on the position of Vice-President Cisco Consulting Services for Asia Pacific, China and Japan. For the past five years, he has led Schneider Electric’s business across over 80 countries in the Middle East and Africa.

Raised in Egypt, Herzberg has a degree in Arabic and Modern Middle Eastern Studies from the University of Oxford and an MSc in International Politics from SOAS University of London. He is a Board member of RES4Africa, a non-profit foundation committed to a green energy transition across Africa and is a member of the Advisory Council of the Dubai International Chamber of Commerce.

AVEVA will leverage his deep expertise to lead the global sales organisation and to strengthen the capabilities of partners around the world. Herzberg, who is fluent in English, Arabic, French and German, will be based in Dubai.

Lamprell studied law at Cambridge University and has over 20 years’ experience in the fields of legal and external affairs. Over seven years at Linklaters, she advised on a broad range of matters ranging from emerging markets equities to hybrid capital. She then enjoyed an action-packed 18-year stint at the Vodafone Group and Vodafone UK, where she was most recently General Counsel & External Affairs Director and member of the UK Board. She led many of Vodafone’s biggest deals in the UK and globally, including the landmark Verizon Wireless transaction, before switching to fixing the UK operations in Vodafone’s historic home where Helen had a broad remit ranging from security to communications.

Lamprell was awarded an Order of the British Empire (OBE) in the 2020 New Year’s Honours list for services to business and equality. An advocate for sustainability and diversity, she is currently a non-executive director at the Low Carbon Contracts Company and the Electricity Settlements Company, sister organisations jointly owned by the UK Department for Business Energy & Industrial Strategy. She remains a director of the not-for profit Employer’s Initiative on Domestic Abuse and a member of the UK government’s Women’s Business Council.

Lamprell will be based in London and will lead AVEVA’s legal and company secretarial function globally as the organisation builds on synergies from the recent acquisition of OSIsoft.

“AVEVA is at a transformative moment on its trajectory and I look forward to the dynamic energy Helen and Caspar will bring to the executive leadership team,” said Peter Herweck, CEO, AVEVA. “As a well-known leader in compliance and purpose-driven initiatives, Helen’s work on tackling issues related to digital poverty has widespread recognition. For his part, Caspar is acknowledged for his expertise in concepts such as smart cities, digital transformation and the Internet of Things. I am confident both Helen and Caspar will strengthen AVEVA as we expand our relationships globally and deliver digital transformation and sustainability for our customers worldwide.”

Herzberg said: “For decades, AVEVA has pioneered innovations that empower industry to optimise value, efficiency and sustainability and I’m delighted to be joining an organisation with this track record. I’m excited to be working with Peter and the entire team to further how we work with our customers, address their most pressing issues and deliver value through technology.”

Lamprell said: “I’m looking forward to joining AVEVA at a moment when advanced digital technologies are delivering widespread economic and ESG benefits for industrial organisations and their customers.

Now more than ever, technology companies must be agents for positive change and I am pleased to be able to focus my energies at AVEVA on driving best practice and enhancing sustainable equitable impact alongside Peter and the executive team.”