Exclusive: Security from around the world – Part 5 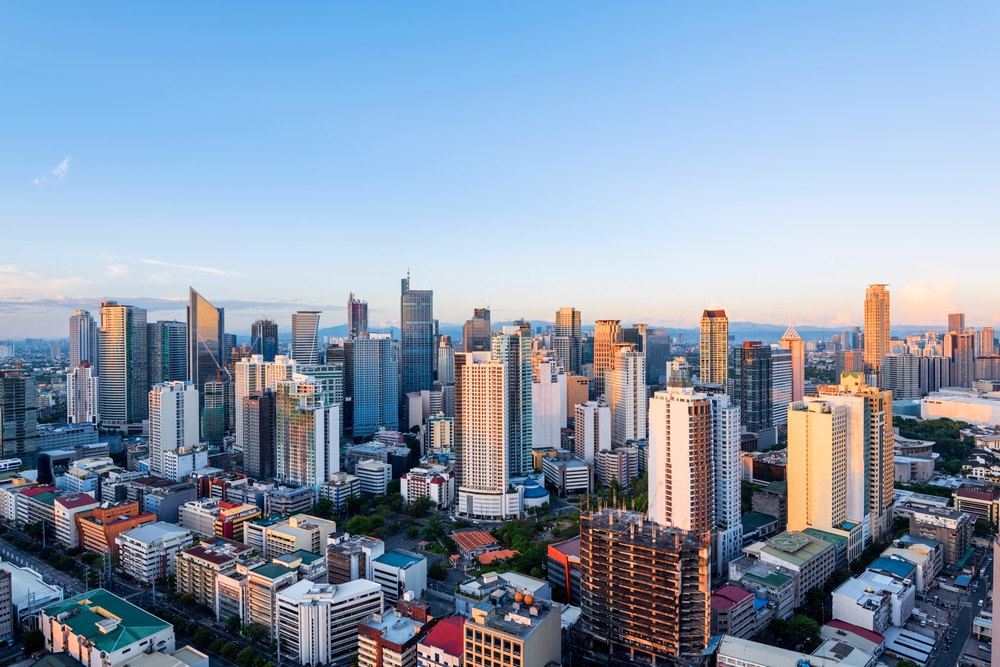 A message from the Chair (Torrato):

The security profession indeed suffered during the pandemic that corporations and businesses, as an adoptive measure to the pandemic situation, cut down on overhead and security professionals were not spared. It was not unusual to hear from colleagues of shortened work hours or even downsizing workforce as we struggle to assist one another in landing better opportunities. It was very disheartening that the situation cut across the country and there were just not enough employment possibilities for them.

The challenges that young professionals, women in security and transitioning military and law enforcement personnel faced during the trying times of the pandemic was definitely unprecedented. But these challenges also provided opportunities for each individual to grow their careers that ASIS International provides. The Philippine Chapter welcomed and truly appreciated how ASIS International HQ recognised the financial hardship security professionals here experienced that they significantly reduced the membership.

As the pandemic starts to ease with more Filipinos getting vaccinated and fewer cases recorded brought by the dominant and fast-spreading but less virulent Omicron variant, the Philippine economy is starting to recover. With the first quarter of 2022, the Philippines having a GDP of 8.3%, higher than last quarter, economic activities and infrastructure projects are expected to accelerate. As we look forward to a brighter future ahead while the world recovers from the COVID-19 pandemic, the outlook of the security profession in the Philippines share the same optimism. We are seeing the demand for security professionals beginning to take off again.

Women in Security in the Philippines (Ticke):

The predominant picture of the security profession in the Philippines as seen by the private sector is that it is a profession of brawl and connections, thus giving unparalleled advantage to male commissioned officers. This alone creates disadvantage for quite a number of WIS especially those who are neither commissioned or non-commissioned officers but civilian personnel in a military or law enforcement agencies whose strategic functions and nature of tenure has trained them to be key operatives and think-tank persons. Despite the internal recognition of WIS’s significance and contribution to an organisation, WIS transitioning to private sector are often considered for back office positions rather than figures for security management and leadership.

ASIS International has already established devices to challenge this status quo. Its treatment on the different domains of security enable WIS in other fields of expertise outside the most commonly-identified and male-associated domains to rise and shine. The certification programs leveled the playing field and gives WIS an equal footing in her security career advancement.

To be relevant and active contributor of this revolution, the regional chapter should take advantage of these mechanisms, recognise and highlight WIS who are experts in their fields and allow them to take more roles and exposures in chapter activities.

However, the WIS council within ASIS is perceived as more detrimental than helpful in this campaign for equality, as it subtly creates delineation on the basis of gender. Breaking gender-roles such as women leading in charity and fund-raising events, socials and other feminine-perceived tasks, is also another way of truly effecting positive change for WIS. It is the hope that in the future, as we push for Diversity, Equity and Inclusion in this organisation, there will be no more differentiation between men and women, but simply security professionals.

Young Professionals in Security in the Philippines (Pinca):

2018 marked the year when the Commission on Higher Education through Memorandum Order No. 06, recognised the growing demand for security professionals that it issued the policy, guidelines and standards for the BS Industrial Security Management. We are yet to reap the graduates of this course.

For existing young professionals whose background and education practically emanated from different disciplines including the predominant BS Criminology graduates who normally joins either the police or the military, young security professionals are faced with the challenges as they decide to enter corporate security. Not only that they need further education and training and pass the minimum requirements, it is also essential for them to prove their worth.

The security profession has considerably upgraded from the office-below-the-staircase to the boardroom and they are provided with equal opportunity to earn and enjoy the benefits of an executive salary holding management positions. As a young professional who wants to progress in the corporate ladder, the first thing that they need to have is a bachelor’s degree.

Next, given that the security course earlier mentioned was just promulgated, one needs to have the knowledge and skills in security that the job requires. These were done through special and short courses offering security-related topics. And finally, getting the experience on the job as a security professional operating in a business environment.

Many young security professionals struggle on how to get in to this dream career. While most ponder on strategies to achieve this, acquiring the necessary knowledge and skills through certification courses from reputable institutions proved to be helpful. Networking with veteran security professionals and professional organisations allowed the young to be provided with coaching and mentoring, whether formal or informal, as they are guided to work on with their career paths. In a very competitive and demanding career, one needs to build his competence in order to be successful.

This is where ASIS International comes in by providing these essentials – acquiring knowledge and skills through certifications, resource materials and learning sessions; opening the network of veteran security professionals for coaching and mentoring opportunities; and be updated with current security trends as one works on continuing education.

Military/law enforcement transitioning to private security in the Philippines (Torrato):

The government is said to be the largest employer and somehow has a higher level of security of tenure, but the compensation is a far cry from their corporate counterparts. Security has been a significant part of corporate organisations which opens the latitude for the military and police personnel to shift careers.

Among the advantages of coming from the military or police is the training one gets that is ultimately focused on security and military discipline, not to mention the network and contacts from the armed forces and law enforcement agencies that transitioning professionals bring and what corporations leverage on. This is so since the Philippines is plagued with the threats of militants, insurgents and terrorists that private organisations are exposed to. Another thing that is working for former military and police personnel is their organic nature for resiliency, emergency response and crisis management that private companies in the Philippines also puts high preference to.

However, a considerable number, if not the majority of transitioning military and law enforcement personnel have not shed their ‘military operational mindset’. It is said that this mindset has limited these security professional from moving up the corporate rank.

It is true that these play an important role as the security professional organises their security team and come up with tactical and operational processes to mitigate security risks, but if one intends to progress, they need to shift from a public to private outlook where business and organisational acumen are necessary. They need to put in the hours learning these aspect of the private organisations.

There are a few exceptions of transitioning military and police who have successfully reached top management level. Aside from their innate aptitude towards being successful in the corporate world, some even shifting from security to other fields such as HR, strategy, business operations, they invested in quality education that allowed themselves to be placed in such positions.

Despite two House Bills that are pending in Congress (HB 5935 of the 17th Congress and HB 1645 of the 18th Congress) that hopes to establish a transition system for retiring and separating military personnel, the military has partnered with other government agencies such as the TESDA (Technical Education and Skills Development Authority) in achieving such purpose.

But even before this, back in 2017 to 2018, the incumbent ASIS International Philippine Chapter Chair partnered with the Armed Forces of the Philippines to offer the CPP review course program to those officers who are about to leave the military service. There were also several occasions in the past that this initiative was undertaken. As a former military officer that successfully transitioned to the corporate world, the opportunity to introduce ASIS International to the military started.

Today, there are notable active members of the Philippine Chapter who are currently in the military service. This is a testimony that ASIS International is recognised by these government agencies as a vehicle in their successful transition.