As consumers we enjoy the benefits of digital convergence without a second thought. The advances in platform technologies enable seamless access to video and data at any time on any device wherever we are in the world.

The security sector is catching up.

When I joined the security industry at the millennium, it was like stepping back in time from a progressive world of new technology to what appeared to be a legacy from the second industrial revolution. This was the way we did things in the security industry due to the lack of technology available at the time to efficiently process transmit and store digital video and share data between systems. This sector seemed to be behind the curve.

Joining a leading innovator in the industry was timely, as the company was about to go through one of the greatest periods of transformation and growth which took the whole industry to a new level of adoption of video surveillance and integration technology. The innovator was Dedicated Micros whose growth was exponential. The company hit the sweet spot on price, technology performance, solid implementation, reliability, ease of installation, ease of integration with other systems and for the user, 24/7 recording and the all-important fast and easy retrieval of images in the event of an incident. The company created a near perfect value chain which became a benchmark and play-book for the industry. There was rapid acceptance and adoption. This way of managing video achieved an inspirational value to its users creating a sense of safety and well-being.

The video surveillance world rapidly followed and within a short period of time, all recording products were fully digital with hard drive recording replacing difficult to manage analogue tapes.

Relentless lobbying, stakeholder management, education, training, promotion, support and communication resulted in the ubiquitous digital recording technology taking a foothold not just in the marketplace, but in the criminal justice system whom held up the technology and implementation as the gold standard which would reliably deliver authenticated digital evidence. New standards were created such as BS8495 which became part of IEC 62676 suite and within a few short years, digital recording was the de-facto method of storing video images.

This was one of the foundational pieces of the security industry’s history which built a platform for growth, further innovation and convergence.

Much has changed in the sector in 20 years due to advances in the core general purpose technologies which enabled the development of new innovations.

Digital signal processing and camera sensor technology together with the development of networks and the internet enabled discrete systems to become part of an ecosystem managed from one or multiple locations.

These technologies also generated more of everything, higher resolution cameras, larger storage capacity and greater network bandwidth resulting in an explosion in the quantity and quality of video surveillance images. With increased quantity came the challenge of classifying the relevance of the images to make them available at a critical decision point for the authorities. An AI challenge which the industry has struggled with and failed to achieve many times over the last decade.

An early form of AI was developed in this industry in order to deliver the best form of situational awareness by automating the concentration of event triggers from multiple sources on a site resulting in a unified signal to a single or multiple receivers.

With the advent of more processing power and the learning experience gained from failing to achieve the best result, the use of AI and specifically convolutional neural networks to classify images is finally producing credible results and now presents a basis to be trusted as an effective tool.

Different types of AI are now combined such a supervised and unsupervised machine learning together with neural networks to enable data to be converged from multiple systems, automatically analysed and results delivered to the authorised user in a clear and simple actionable form.

The foundational technologies which enable a quantum leap in the use of the millions of unclassified images and disparate data are here to stay.

Onto the sector challenges today

The ever increasing global threat of terrorism generates a continual demand for better situational awareness to enable the mobilisation of the response quickly and precisely to provide the maximum protection to the public.

Terrorism is not deterred by technological boundaries.

Migration of populations towards cities is also creating a demand for smart modern living enhanced by high tech management systems whose outputs are delivered through easy to use apps.

To mitigate against terror threats and to achieve smart living, convergence of systems is required both on and off site. When systems work together, the resulting ecosystem adds value to existing security infrastructure and can be further enhanced through the use of AI and machine learning.

Sounds simple, but the physical security estate is made up of millions of discrete systems, operated by private entities and whose interest is in the threats and risks associated with their specific operations. Convergence is still constrained by the boundaries of discrete technologies and private ownership.

It is the government and police authorities’ responsibility to keep us safe as private individuals, however there is a barrier to access to the best technology to enhance this process.

In the case of video surveillance, there are now believed to be in excess of 250 million video surveillance cameras in operation in the world, 80 million of which are outside China. UK is cited to have over 6 million, according to BSIA’s research in 2013 and since then it is estimated that the market has been growing at a rate of 10% or more per year.

Convergence of technology, ethics, policy, legislation and partnerships are key components required to facilitate the development of a technologically advanced safety net for its users which is accessible to authorities and governed within a robust framework to prevent misuse.

AI technology in the security sector has been quietly evolving for many years. Facial recognition being deployed alongside access control systems in education for example to automatically verify the identity of a person entering the building and reduce the sharing of key fobs and unauthorised entry.

In order to achieve this result, access control and video surveillance systems must share their data. The sharing can present a problem as not only may the data format be incompatible, structured and unstructured, the systems may need to communicate though different network technologies. Opening up these systems to communication with other systems also presents a cybersecurity vulnerability.

For AI to be used effectively to achieve the most beneficial result in this sector, the paradigms which made security systems inherently safe need to be challenged and new paradigms created.

We need secure systems which are open to two way 3rd party communication – that is a paradoxical problem – however the industry is working hard to solve it.

Facial recognition technology had not emerged into the public domain until the recent months whereby a number of trials were undertaken in the UK to determine the effectiveness of its use in places where the public gather. The trials were managed with police involvement.

This is where, for the public, the line was crossed in terms of a question mark being raised about the use of the technology, retention of data and transparency around the “watch lists” which were allegedly used in order to find suspects in crowds. In the UK, new legislation and codes of practice will be created in order to ethically govern the use of facial recognition and in the USA, California banned its use outright.

It is apparent that ethical and legal frameworks are yet to be developed in order to address the new considerations towards the use of this form of AI – the fear associated with potential privacy breaches creates inertia, as does the lack of transparency of some of the AI algorithms raising additional concerns about traceability, bias and the origins of the learning data sets. These issues may stifle the adoption of AI technology if there may be a detrimental impact on the individual. If enforced through legislation, there may be a temporary moratorium on the use of technology in public places altogether. The industry is working hard to explain why facial recognition can be safe and should be allowed for the benefit of public safety.

Converging systems and enabling data sharing creates another problem for the security industry. Security systems have historically been managed by discrete resources and often these systems operate on independent analogue and IP networks. For AI to be most effective, disparate systems must automatically communicate with each other without human management.

This opens up the IoT security debate and puts a spotlight on the need for robust standards which require security from the ground up and from the edge to the cloud. This is to ensure that the systems are not quietly recruited as an attack surface or disabled altogether by malevolent actors. Convergence creates opportunities for product and software providers to develop solutions, new AI, APIs and apps which solve the challenges associated with secure disparate system communication.

Predictions for the security industry

AI will become more effectively applied across disparate systems to analyse and present relevant and useful actionable information within ethical, legal and cyber secure frameworks. This may be further facilitated by the sharing of APIs and development of transparency within the AI.

There will be an increased awareness of the importance of the private security industry as a substantial united force which together with the authorities, protects the public. The reputation will be enhanced as success stories which promote the safe use of AI emerge, as will new standards and legislative frameworks.

Innovation through improvement and disruption will result in new, faster, better methods of categorising security system data and distributing the right information to the right people. This will challenge existing infrastructures and leverage communications networks. The vast estate of security sensors, many of which are not currently utilised at all can be embraced into the security net. These improvements will facilitate the further development of closer partnerships between police authorities and the private security industry which are enabled by technology.

Although great forward strides have been achieved over the last decade, there is still a lack of regulation and enforcement of good working practice in the industry. The industry still largely self regulates and in doing so, relies upon voluntary standards and the ethical practice and corporate and social responsibility of the players involved.

Lack of regulation results in low barriers to entry into the sector which creates confusion for the buyer whom may struggle to differentiate one provider from another. This can lead to a focus on price rather than quality and value.

Multiple disparate legacy systems left unsupported due to industry consolidation may result in invisible barriers to the adoption of new technology due to the loss of know-how and the cost and difficulty associated with change.

Nothing, however, will halt progress and as AI technologies mature so will the trust in their effectiveness due to companies getting better at integrating and distributing the automatically generated analysis from multiple disparate sources to those whom can act. This in turn enables better decision making and more effective security and safety management.

Companies in the sector need to embrace the process of collaboration across the industry to develop the ethical and legal frameworks within which AI should be safely operated. The stakeholders need to work together to develop safe and cyber secure means of effective communication between systems. Companies whom take a holistic view will succeed in becoming part of this new world of convergence of AI and human decision making. The capture and processing of data and the delivery of the results to the authorised party with minimal technological barriers will soon become common place, mirroring the seamless access to data we expect as consumers. Actionable situational awareness from any security system delivered to any authorised device. 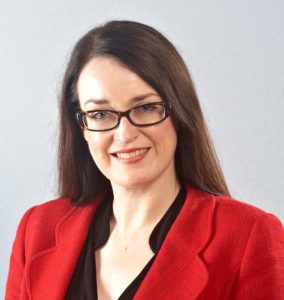 By Pauline Norstrom, Founder of Anekanta