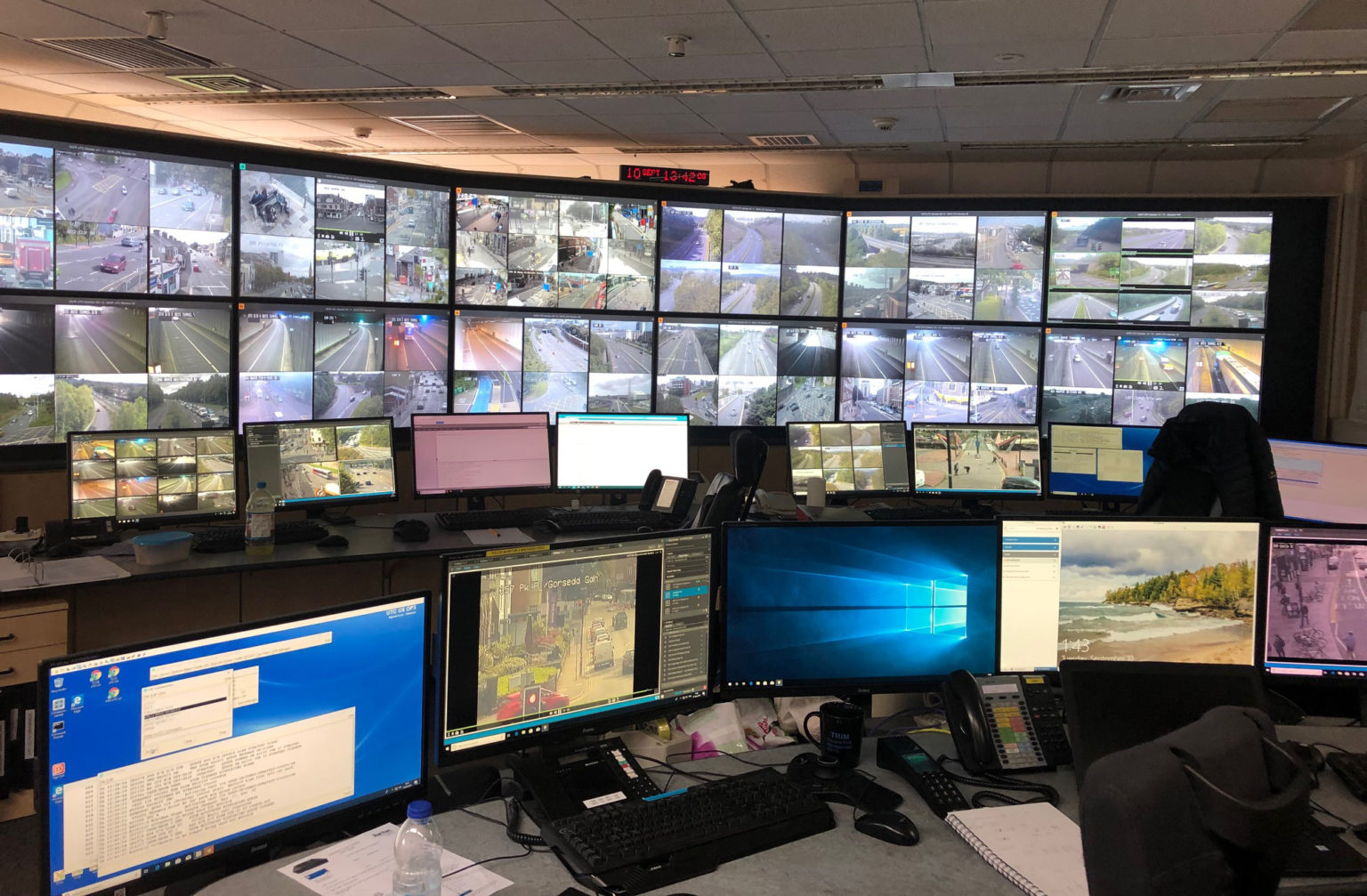 With the help of video transmission and networking experts AMG Systems, CK Communications has upgraded all of Cardiff’s traffic control rooms from analogue to IP, involving video and data at more than 30 monitoring locations across the city.

Upgrading Cardiff’s various traffic control rooms from analogue to IP was a significant task for CK Communications. Across the city, the system’s monitoring stations, including four main control rooms and 27 remote site control desks, are used by the police and urban traffic control. In addition, a Silver Command post is used for monitoring large-scale football and rugby match days, tunnel service buildings, bus depots and more.

The existing Cardiff traffic monitoring network was very much in need of an upgrade.

“There was lots of video switching and video matrices dotted all over the place,” says Ian Jones, Technical Director at CK Communications. “Our first task was to get all the camera images from the analogue world, migrated to an IP front end. The product for that was Pelco, but we had to send 500 images around the city in different locations, to different control rooms. That’s where AMG came in.”

Ian worked with AMG’s Sales and Marketing Director, Sara Fisher to design a system which would work best on the customer-owned fibre network in place across Cardiff. “The project involved utilising Layer 2 and fibre switches located around the city,” Ian explains. “A significant factor in the installation was that the existing Pelco equipment was only able to unicast a certain number of images. So AMG provided switches for multicasting, snooping and other specific jobs – to send data, including video and audio, to all of those varied control rooms and control desks across the city.”

Moving Cardiff’s analogue cameras to IP involved using AMG transmission equipment at the edge of the network and integration into switches that CK Comms built into the nodes. The new AMG equipment in Cardiff includes; 5900 Series hybrid units (which are able to transmit analogue video, data, audio and Ethernet), a variety of edge-of-network managed and unmanaged switches, 10Gb/s managed switches, both standard and modular and hybrid (analogue over IP) wireless links.

“Initially I approached AMG to fulfil the requirement to future-proof Cardiff’s transmission equipment,” says Ian. “We started using AMG for transmission equipment for traffic lights and then we used a similar switch for RPS signs for a new road going into Cardiff. At that point CK Comms was awarded the contract to upgrade Cardiff’s CCTV camera network.”

Faced with a decision over which Ethernet switching transmission equipment to use, Ian opted to utilise AMG for all of their Cardiff projects. “I’d much prefer to have one bit of kit on the shelf,” Ian says. “So if anything goes wrong, we can adapt quickly. Now in Cardiff, we use AMG equipment for CCTV, all the signage that we look after and all the traffic signals – all on AMG four-port devices.

“AMG’s equipment is robust and reliable and we know from experience that they provide great service too. We benefit from that consistency and so does Cardiff, as issues can be picked up and acted upon more efficiently.”

Summarising on this important showcase project for AMG, Sara said: ‘We were really delighted to have been selected by Ian Jones for the Cardiff upgrade. Ian has been so great to work with and it’s wonderful to have such a breadth of AMG technology represented in one project.”