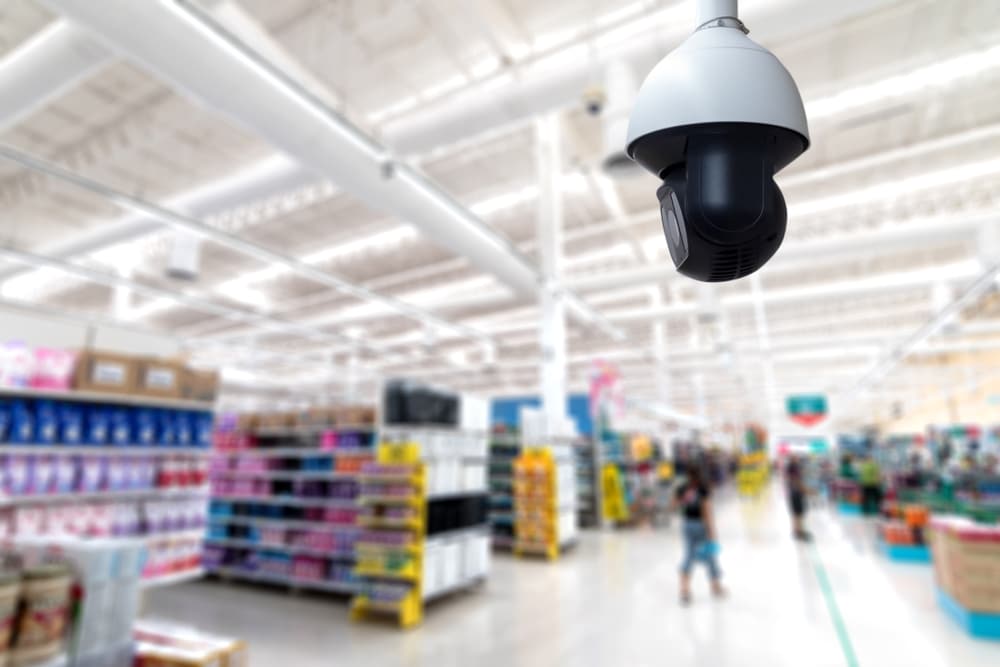 Four out of every ten (41%) of England-based medium and large-sized businesses which are running CCTV systems have already deployed facial recognition analytics in their systems to capture human faces and compare images to human face databases with a view to identifying matches for access control, event security or for public safety purposes. One in six (16%) of CCTV system owners admitted to having access to this capability on their system but not yet going live with it.

Over a third of CCTV system owners (36%) in businesses with over 50 employees had already deployed some event or behavioural recognition analytics. Examples given included spotting loitering or highlighting abandoned bags (bags with no person in close proximity). A further 22% believed that they had this capability in their systems but had not yet turned it on.

Just over a third (34%) of CCTV system owners questioned had already deployed Automatic Number Plate Recognition (ANPR) to capture number plates at perimeter barriers for example and the same number of system owners (34%) had deployed Video Motion Detection (VMD) to help reduce their system’s video storage requirements by only recording when motion is detected in front of a camera.

Exactly a third (33.33%) of CCTV system owners in England claimed to have deployed object tracking which is a relatively new capability which enables security teams to track individuals from camera to camera through a large site in ‘auto track’ mode.

Nearly a third (32%) had deployed Objection Detection or Object Classification to help the system distinguish between humans, vehicles, animals, swaying trees, shadows, rain, luggage, water, roads etc. 23% confirmed that they had this capability in their systems but had not yet turned it on.

Only marginally less (31.6%) claimed to have already deployed Directional Detection analytics to detect which direction an object or person is moving over a line. A further 28% claimed to have this capability at their disposal but not to have turned it on.

Optical Character Recognition (OCR) analytics, heavily used to read the identification numbers on parcels and other goods in transit, has been deployed by 31% of England’s businesses in NW Security’s recent business survey. A further 35% claimed that they already had this capability in their systems but had not yet put it to work.

Business intelligence-led video analytics was not far behind in terms of adoption. For example, heat mapping which is commonly used to detect crowds forming before events or analyse the busiest areas of a shop has already been deployed by 28% of CCTV system owners. Nearly another quarter (23%) claimed to have this capability at their disposal but had not yet configured it or made it live.

Frank Crouwel, Managing Director of NW Security, commented: “We have been surprised by the level of adoption of even fairly sophisticated video analytics adoption across CCTV system owners. That said, more and more camera vendors are offering analytics at the edge. Many video analytics types are present in over half of existing systems and 7 different types of analytics have already seen over 30% adoption across our total base of over 152* CCTV system owners of medium and large-sized businesses across England.”

“Basic features like motion detection and virtual tripwire have been embedded in most cameras for many years. However, it is an ongoing trend where more analytics workload can be achieved at the edge.

*Of the 152 medium and large sized businesses with existing CCTV systems in use which NW Security contacted for this study, 49 or 32% of all respondents claimed not to use any video analytics or were unsure of whether video analytics was in active use in their systems. All statistics quoted in this press release include these ‘non-analytics user’ respondents.