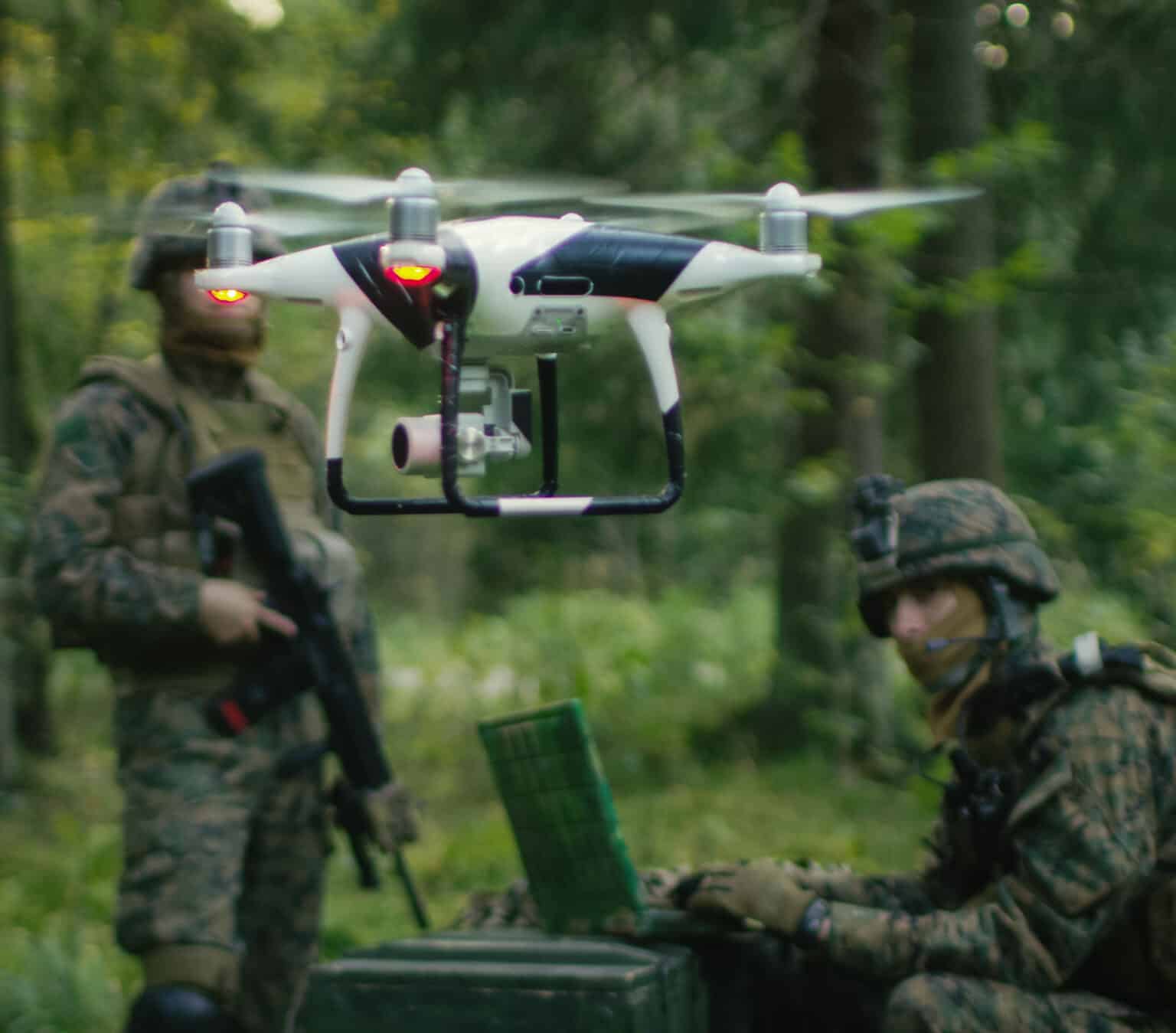 From the innovative use of both purpose built and commercial drones in the Russian invasion of Ukraine to the delivery of contraband and weapons to prisons, through to the inappropriate use of drones in public spaces, Unmanned Aircraft System (UAS) threats are rising relentlessly.

Successfully defeating any threat posed by errant, illegal or malicious drone use is becoming ever more critical for an increasingly wide range of domestic and international military and security forces.

The ready availability of drones coupled with the rapid proliferation of internet-based guidance on how they can be used in inappropriate ways has increased the urgent need for effective defeat systems and solutions that can be used with limited collateral impact in complex environments. RF inhibition technology has a key part to play in this arena, both as a defensive tool or as an aid to policing and control of the rapidly evolving UAS landscape.

The war in Ukraine is the most recent and ongoing example of drones being deployed to prosecute both offensive attacks, to provide reconnaissance and for long range weapon targeting. Having adopted a wide array of small commercial UAVs, Ukrainian soldiers now also draw upon military drones supplied by allies for observation and attack.

At the same time, Russian troops continue to successfully exploit the capability of their surveillance UAS fleet and, more recently, employ single use attack UAS to augment the reach of their legacy heavy artillery weapon systems. This blending of technology from both the military and the commercial domains has added a new layer of capability and complexity to offensive and defensive operations. On the defence side in particular, forces are turning to technology to help confront whatever comes next.

RF inhibition technology is an ideal technique to mitigate UAV threats in complex environments. But why is this the case and how has it been deployed?

When defeating a drone, it is an advantage to preserve as many components of the threat UAV as possible for post-defeat research and forensics, as opposed to destroying valuable intelligence information by using more destructive kinetic means. This ‘softer’ RF defeat therefore also helps us learn from the threat technology and its programming.

Additionally, RF inhibition technology engineered and applied correctly delivers a usefully long engagement range, whilst minimising collateral damage (from kinetic engagements). Focussed RF energy, delivered only into the necessary area of the RF spectrum further enhances both the defeat effectiveness and diminishes unwanted collateral impacts. Without a doubt, a key factor for using RF is the lower collateral impact.

In the past, some defeat systems have predominantly been based on repurposed Radio Controlled Improvised Explosive Device (RC-IED) jammers and destructive RF solutions, characterised by an omnidirectional effect and the subsequent more limited range. Non-directional RF inhibition systems not only lead to spectrum fratricide, but their application also causes issues for security force communications in the areas of operation.

Today, we see that RF inhibition system developers have been prompted to quickly migrate towards UAS defeat solutions that are characterised by a directional effect, long range capability and targeted operation in the frequency spectrum.

Whilst RF inhibition (also known as ‘jamming’) has been around for many years, its adoption for countering UAS threats has added a new operating domain that comes with interesting new challenges.

To successfully defeat a threat, it must first be understood. This is where some knowledge about the attributes of UAS Command and Control (C2) waveforms is also important. UAS C2 data links are designed to deliver the necessary range and high integrity required to operate a UAV. They are also designed to enable multiple UAS able to fly at the same time each under individual control and with all transmitting simultaneous high-bandwidth video and data transmission from their onboard sensor systems.

This, in turn, leads to C2 waveforms that have a highly robust long symbol length data exchange – which meets the challenges of uncooperative environments – and leads to an increased exploitation of higher frequency bands to enable near real-time video transmission (e.g. 2.4 GHz and 5.8 GHz bands). So, what does this mean for the RF inhibition waveforms and techniques that must provide the countermeasure?

Countermeasure (inhibition) waveforms have traditionally been generated by sweeping a direct digital synthesis (DDS) generated signal across the UAS operating frequency spectrum. To counter the many diverse waveforms used by different drones, multiple DDS pulses to address each threat waveform have to be created and grouped to produce the overall countermeasure effect (a jammer ‘fill’).

This additive process reduces the individual effectiveness against each individual threat and so is a compromised solution that becomes even less effective against today’s agile, high speed and long range UAS waveforms.

The challenges presented by these new highly complex UAS waveforms, paired with the limitations of older DDS-based jamming solutions, has caused the most effective Counter-UAS RF inhibition systems to undergo a significant technology change. This change has materialised in the adoption of techniques used in Software-Defined Radios (SDR), for the generation of far more effective inhibition waveforms.

In this context, the SDR derived RF inhibition waveforms can be architected to counter a much wider range of threats which, when grouped together, don’t see their individual frequency effectiveness compromised as there is no interdependency between them. Most critical for defeating sophisticated drones, the countermeasure waveform is always present across the denied spectrum given that SDR techniques, designed appropriately, generate high instantaneous bandwidths.

A key driver behind developing even more sophisticated countermeasure capabilities is the anticipated need to counter these long symbol length UAS C2 waveforms across even greater frequency ranges in the future. Going forward, we will see the leading RF inhibition exponents in industry continue to reduce collateral impact within the RF spectrum even further, by exploring and adopting greater precision techniques across a multi-domain environment.

In the coming years, we can assume that we will need to confront and counter new C2 waveforms that we’ve never seen before and have no prior knowledge of. To do so, we will need to be able to precisely excise threat signals that are frequency agile, not only within a set frequency band, but agile across and between multiple frequency bands. RF countermeasures will have to operate across greater effective ranges and are going to have to be used in ever more complex electromagnetic environments, with even tighter control of unwanted collateral effects.

Recognising the above, progress towards achieving these key capabilities is already underway with the development of prototypes. This innovation is paving the way towards optimal drone defeat, keeping domestic and international security forces one step ahead in their ability to defeat the next UAS threat.