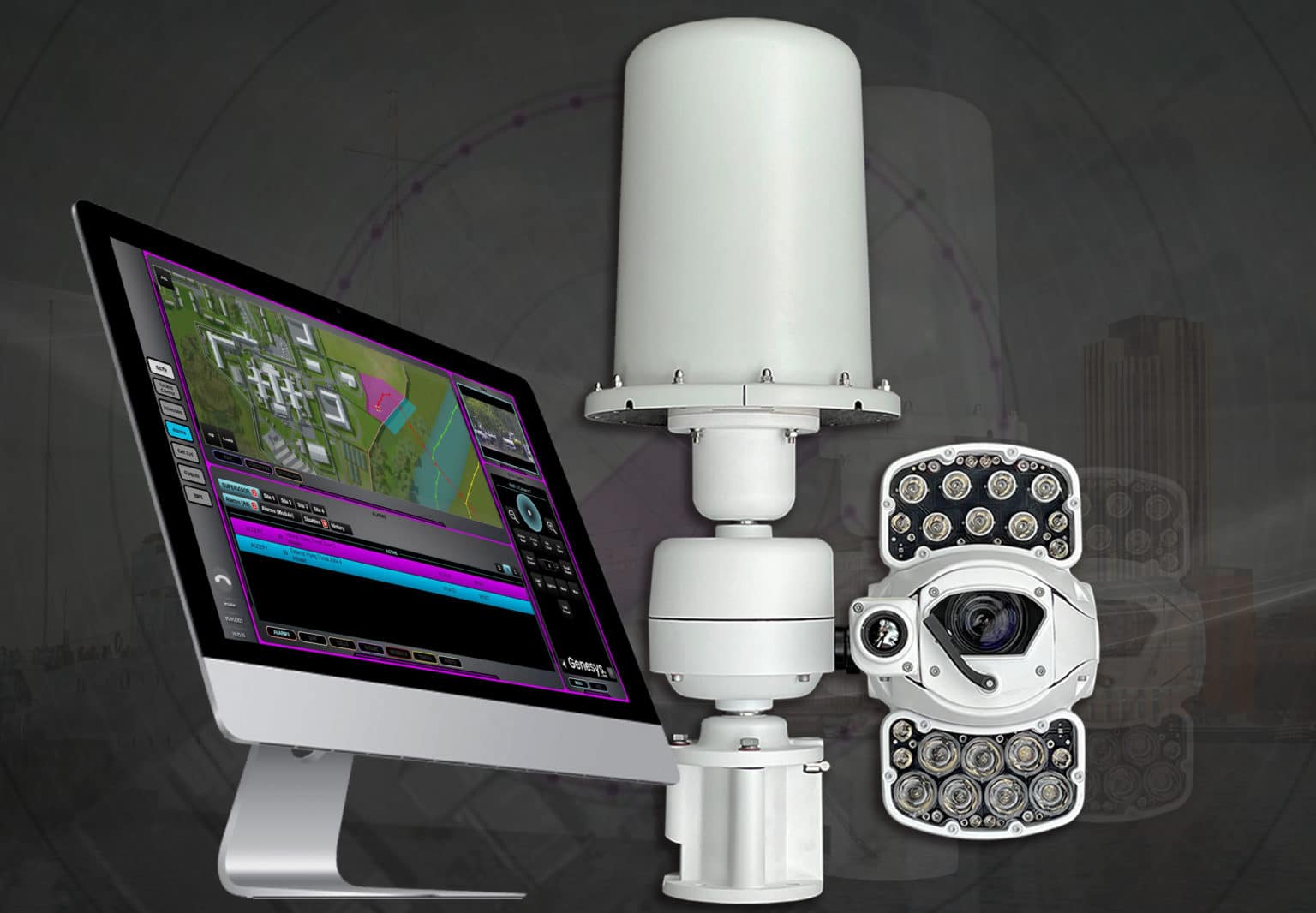 A market leading platform, Genesys by ISM, provides overarching integration, command and seamless control for all security related systems and due to its unique architecture, it is both scalable and cost-effective, enabling higher levels of automatic configurable redundancy and system scalability vs. conventional PSIMs.

With their strong CNI and CPNI credentials, the partnership of 360 Vision and ISM has delivered a surveillance camera control and radar detection/tracking solution that can be deployed within the most challenging of situations and environments and where required, even across multiple control rooms.

360 Vision’s award-winning Predator Radar combined surveillance camera & radar unit has been deployed effectively in many high-security CNI applications. Predator Radar can track up to eight targets simultaneously, to a range of 400m diameter, making it ideal to secure the most expansive locations. Intelligent Time Share alarm handling also ensures that multiple object alarms can be handled proportionally or by priority.

Using world-class radar technology, Predator Radar scans 360 degrees once every second and on detection, an alarm output can be integrated into the ISM Genesys control platform to provide activation and tracking alerts. In addition, the camera’s advanced radar detection is unaffected by weather conditions, so detection and alarm functionality continues even within adverse weather conditions. “We are seeing a significant up-take of Predator Radar in CNI and high security applications,” says Sara Fisher, Sales Director of 360 Vision.

“This is not just due to the technology benefits or detection reliability but due to the significant installation and life-time cost benefits over and above the deployment of standard analytics or thermals in the same applications. This technology partnership with ISM allows us to showcase the benefits of Predator Radar and literally take it to the ‘next level’, within a feature rich, world class, PSIM solution.”

The 360 Vision Technology and ISM partnership has created a radar detection and perimeter protection solution designed to help protect any CNI or high-security location. For CNI end users in regulated industries, proof of compliance is critical. Genesys, a CPNI approved PSIM platform, unifies the sub-systems and provides the central intelligence to deliver Rules By Exception and the subsequential audited workflow from breaches. The solution was showcased at the recent CNI Security Group event held on the HQS Wellington.

From the point of view of end users, ISM’s Alan Riegler commented: “Early detection, tracking and identification of movement can be critical for customer operations. For example, protestors, boats or drones approaching boundaries can all be detected, alerting the system operator along with autonomous tracking on the Genesys user interface, with supporting images from the camera. This partnership is a great example of two innovative British companies working collaboratively to deliver game-changing solutions for CNI end users around the world.”