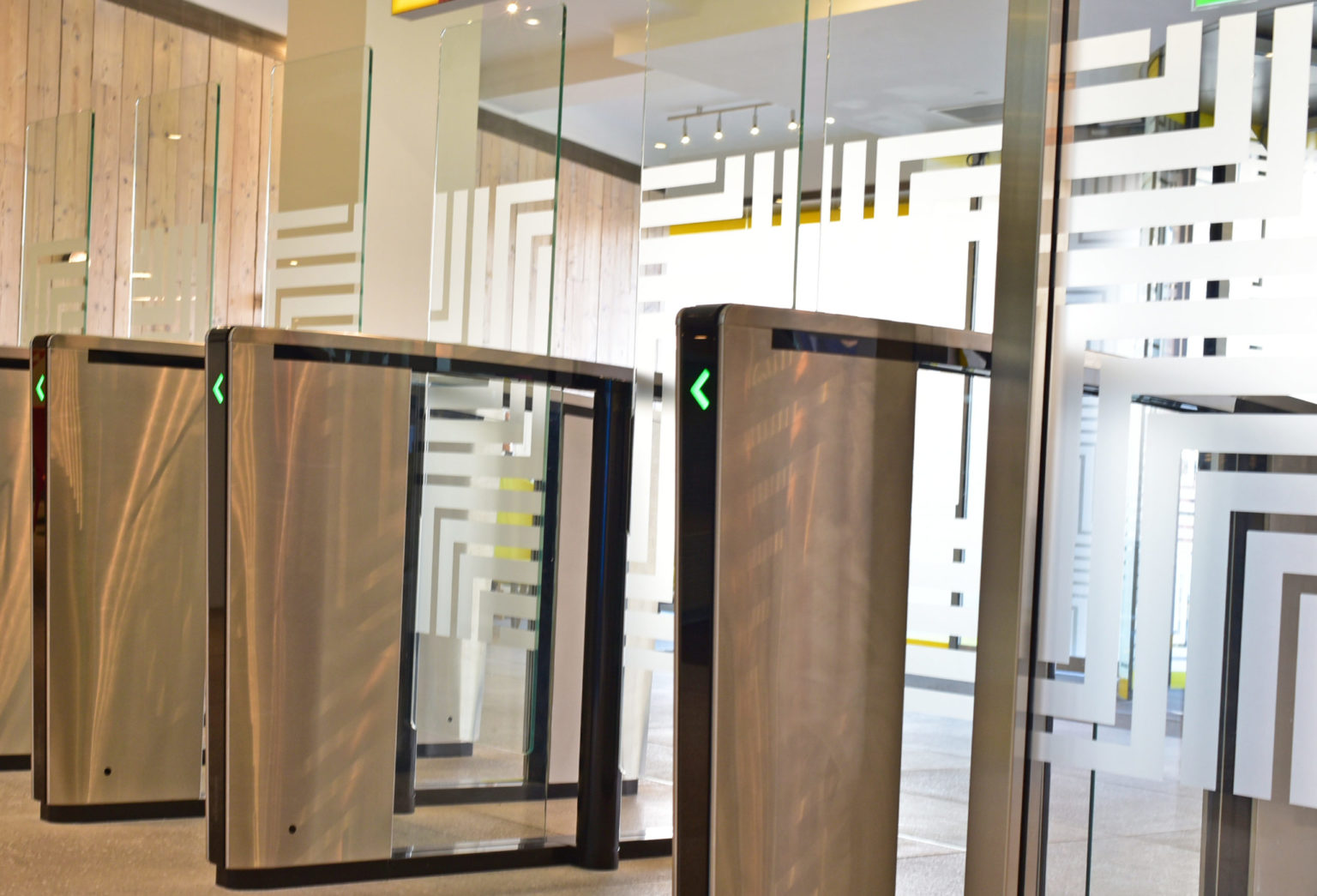 Boon Edam Inc., a global provider of security entrances and architectural revolving doors, has announced that 32-41 West Street, a retail headquarters building in Reading, United Kingdom, has upgraded the building’s entrance with an energy-saving revolving door and an array of optical turnstiles for increased lobby security.

In 2018, Morey Smith Architects was hired to redesign the headquarters building, including an office expansion, as well as a new café and staff gym. The building entry and atrium were to also undergo an upgrade, with architects designing with aesthetics and high-quality functionality in mind.

First, the entrance to the building was outfitted with a unique revolving door solution. Architects combined features of two revolving door models to create the ultimate entrance. They mixed the all-glass look of the Crystal TQ with the minimal metal framing of the TQA to create an automatic entrance that would add to the prestige of the building while also saving on energy and creating a comfortable environment inside. The revolving door was also connected to the building’s access control system so that it could be locked after-hours and still allow access to employees with an authorised credential.

For security into the atrium, architects didn’t want to impose on the open, airy feeling of the building’s large atrium. As a result, Morey Smith installed an array of Speedlane Swing optical turnstiles with tall glass barriers to deter and detect tailgating into the office space. The turnstiles were placed near a reception desk so that staff are able to respond to alarms, as well as grant access to authorised visitors through the use of a BoonTouch remote control panel.

James Cox, Area Sales Manager for Boon Edam UK mentions: “Boon Edam optical turnstiles are always a popular choice for corporate offices, not only for security reasons but because they’re aesthetically nice to look at which is ideal for an open environment building.”