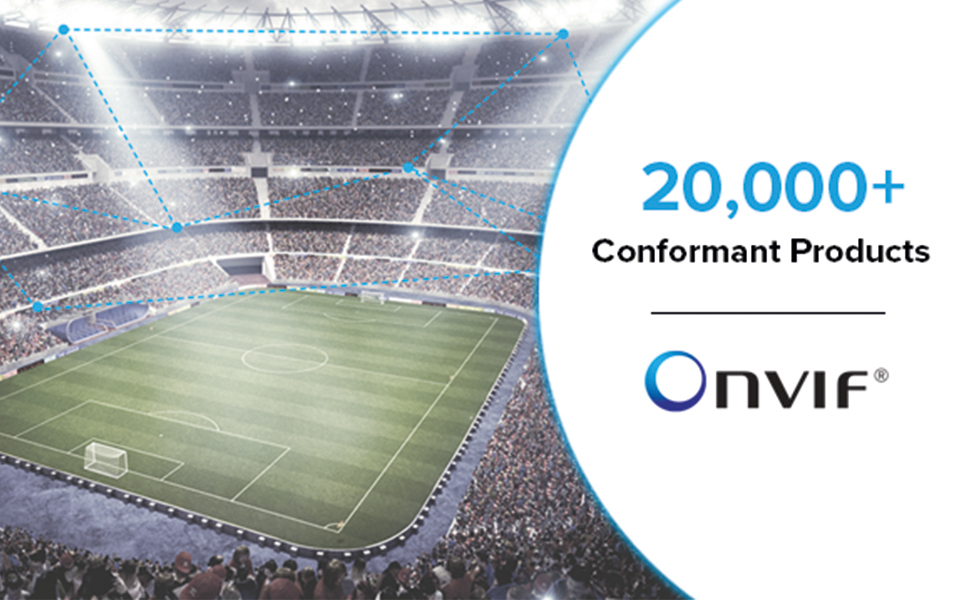 ONVIF – a leading global standardisation initiative for IP-based physical security products – has announced that more than 20,000 security products are now conformant to its various profiles. This new milestone underscores the strong market demand for interoperability of hardware and software offerings and the relevance of ONVIF as a leading driver of open standards within physical security.

Much of the growth relating to the number of conformant products has happened within the past few years; ONVIF surpassed 10,000 conformant products in 2018. This indicates a clear commitment from ONVIF members, and the industry, to building IP-based products and systems that enable users to build, change and grow their system free of proprietary constraints.

Forthcoming ONVIF profiles – specifically the Profile M Release Candidate for metadata, which is to be finalised later this year – are expected to drive further growth in the number of conformant products to meet interoperability needs in new operational environments, such as in the cloud and with systems running advanced analytics powered by artificial intelligence.

“The mission of ONVIF is simple – to provide and promote open interfaces that in turn will increase freedom of choice for end users,” said Leonid Levit, chairman of the ONVIF Steering Committee. “Achieving this milestone means there is no question that the market regards interoperability, through ONVIF conformance, to be a fundamental requirement in our industry.”